The Easter Bunny or Easter Rabbit is a character depicted as a rabbit bringing Easter eggs, who sometimes is depicted with clothes. In legend, the creature brings baskets filled with colored eggs, candy and sometimes also toys to the homes of children, and as such shows similarities to Father Christmas, as they both bring gifts to children on the night before their respective holiday. It was first mentioned in Georg Franck von Frankenau‘s De ovis paschalibus (About Easter Eggs) in 1682 referring to an Alsace tradition of an Easter Hare bringing Easter Eggs.

The hare was a popular motif in medieval church art. In ancient times it was widely believed that the hare was hermaphrodite. The idea that a hare could reproduce without loss of virginity led to an association with the Virgin Mary, with hares sometimes occurring in illuminated manuscripts and Northern European paintings of the Virgin and Christ Child. 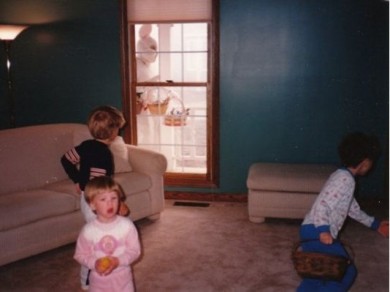 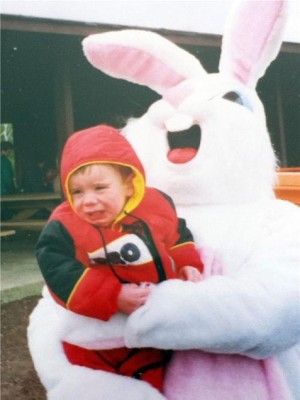 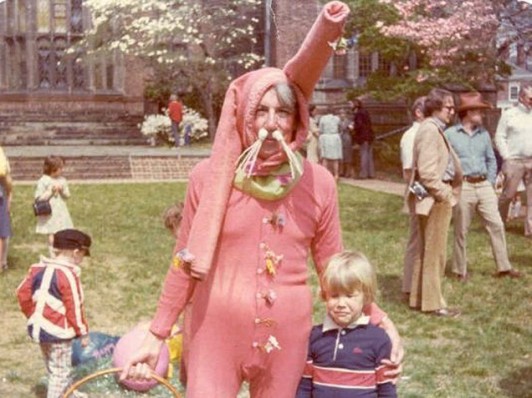 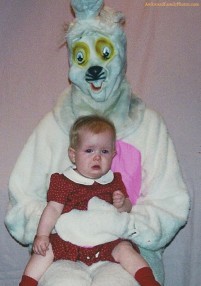