This is a nine-part installment designed to help everyone understand marriage equality.  For some, it will be an education, for others, it will be helpful when discussing the subject.  I have included links to each chapter at the end, as well as information about the author.

What purpose does marriage serve? Why should the government sanction it? Gay marriage opponents often utilize questions such as these to probe the heart of the marital institution, analyzing its essential form and function to demonstrate that marriage is – and ought to be – an inherently heterosexual institution.

Marriage, as the argument goes, is an institution created and celebrated for one all-important purpose — to sustain a healthy environment for raising children. As James Q. Wilson, author of The Moral Sense, puts it: “A family is not an association of independent people; it is a human commitment designed to make possible the rearing of moral and healthy children. Governments care — or ought to care — about families for this reason, and scarcely for any other.”

If the purpose of marriage is to raise children, then the question of same-sex marriage comes down to the biology of the sex organs. A man and a woman can have a child, but a woman and a woman, or a man and a man, cannot. Since same-sex couples cannot procreate, they cannot fulfill this basic function of marriage.

To put the argument simply, the purpose of marriage is to foster procreation. Gays cannot procreate. Therefore, gays cannot marry. This is not a matter of discrimination, it is simple human biology.

Below you will find the most popular ways of countering this supposition, and depending on your social and political outlook, you can choose ay one of them, or all. Click below to learn some of the basic arguments.

A) Gay People Do Have Children

The first flaw in this reasoning is that — contrary to popular opinion — gay people can, and do, raise children. Some gays and lesbians have children born from a prior heterosexual relationship, others adopt children, many go the route of artificial insemination or surrogate parenting. Indeed, what many refer to as the “gayby boom” is no small phenomenon — figures place the number of lesbian mothers in the United States at 1 to 5 million and the number of gay fathers at 1 to 3 million.

B) The Infertile Couple Analogy

There are far more sterile heterosexual unions in America than homosexual ones. The “anatomical possibility” crowd cannot have it both ways. If the possibility of children is what gives meaning to marriage, then a post-menopausal woman who applies for a marriage license should be turned away at the courthouse door. What’s more, she should be hooted at and condemned for stretching the meaning of marriage beyond its natural basis and so reducing the institution to frivolity. People at the Family Research Council or Concerned Women for America should point at her and say, “If she can marry, why not polygamy?” –Jonathan Rauch, For Better or Worse?

Procreativity speaking, there is no difference between a sterile heterosexual couple, a heterosexual couple who chooses not to have children, and a homosexual couple. Thus as a matter of logical consistency, if the government is to deny gays and lesbians the right to marry because they cannot procreate, then it must necessarily deny post-menopausal women and impotent couples that right as well.

It is at best disingenuous to hold that an essential precondition of marriage is that the couple plans to have children, but that the state’s requiring only certain people to meet that condition is a mere theoretical imperfection. In any case, no responsible legal authority believes that the desire and willingness to have children is an essential precondition of marriage except in the context of attempting to show why there can be no homosexual marriages.

Indeed, any argument that justifies an impotent heterosexual marriage also justifies a homosexual one, and thus if sterile or elderly couples cannot be denied the right to marry on procreative possibility grounds, than neither can gays or lesbians.

The argument laid forth below is for the conservative-minded. Quit simply, marriage, gay or straight, is good for society, and should therefore be encouraged. Many straight and gay single individuals would question why couples receive any benefits at all versus married or coupled individuals.

Of course sterile heterosexual couples can get married, a fact not likely to change any time soon. And for good reason. Despite the rhetoric of gay marriage opponents, marriage is widely considered to be “the bedrock of our civilization” for reasons as important, if not more important, than the rearing of children.

One of the biggest problems any society faces is how to care for an individual when they can no longer care for themselves. If single, an individual with Alzheimer’s or cancer might be fortunate enough to rely on friends or family. But then, again, they might not, in which case they will fall under the responsibility of the state – often at substantial cost.

The benefit of a marital “partner,” for both the individual and society, is to help guarantee that one will not have to rely on the government during times of need. As Jonathan Rauch notes: “If marriage has any meaning at all, it is that when you collapse from a stroke, there will be at least one other person whose ‘job’ is to drop everything and come to your aid.

From a purely economic perspective, marriage serves as a form of social insurance. Its participants are provided with a reliable partner “for richer or for poorer, in sickness and in health.” It is for this reason that elderly and sterile couples are permitted, indeed encouraged, to marry – not because they will bear children, but rather because marriage promotes individual and societal stability.

Of course marriage is more than just a machinization of social insurance; it is an expression of love. When men and women decide to wed, it is not usually because they are contemplating the insurance features of marriage, but rather because they are in love and want to make a binding commitment to be together for life.

From a religious perspective, this “companionship” function of marriage was present from the very first couple onward. Indeed, according to the Bible, God created a partner for Adam not for procreative purposes, but rather because: “God said, ‘It is not good for man to be alone’ (Genesis 2:18).” Jeffrey John notes:

“Complementarity and companionship are at least as much a part of God’s plan in creation as childbirth. Indeed it is remarkable that in the Genesis account childbirth emerges only as an afterthought, and in the rather negative context of God’s punishment of Eve (3:16). It is highly significant that Jesus and Paul, while both referring to the creation story, never once mention procreation or physical sexual difference in their teaching about marriage. On the contrary, their stress is entirely on the quality of the relationship, and in particular that it should be a covenant of total sexual fidelity and indissoluble union.”

Marriage is not just about procreation and child-rearing. It is a system of insurance and a guarantee of stability, an expression of love and a promise of lifelong companionship. To argue that gays and lesbians should be denied the right to marry because they cannot produce children or have the “wrong sexual organs,” then, fails to take the entire picture into account.

However, lifelong gay and lesbian couples provide demonstrative evidence that one’s companion need not be someone of the opposite sex. Indeed, a vast array of sociological and psychological literature reveals that the bond between same-sex couples can be as emotional and powerful as that between opposite-sex couples. Psychologist C.A. Tripp, for instance, reports that:

[T]he settled qualities of the homosexual couple tend to be precisely those which characterize the stable heterosexual relationship. The similarities evidenced in daily life are especially noticeable. The way the partners interact as they engage in conversation, the way casual affection is expressed and minor irritations are dealt with, as well as how visitors are treated, or dinner is served, and myriad other details of everyday life are all more or less indistinguishable.

“The heterosexuality of marriage is civilly intrinsic only if it is understood to be inherently procreative. And that definition has long been abandoned in civil society. In contemporary America, marriage has become a way in which the state recognizes an emotional and economic commitment between two people to each other for life.” – Andrew Sullivan, The Politics of Homosexuality

via Gay Couples and Children.

Mr. Persily worked at the Atlanta law firm of Sutherland, Asbill & Brennan before opening his own practice, Persily & Associates, which concentrates on employment discrimination and real estate law. He serves on the Board of Directors for Georgia Equality as well as YouthPride. 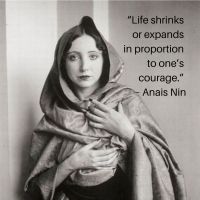 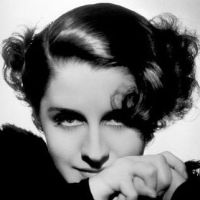