There is a scene in “The Thin Man” where Cesar Romero (who’s character is Chris Jorgensen, I guess foreign is foreign) is sitting in a chair while people are inquiring why he doesn’t get a job, he stands up and storms away.  His much-0lder wife yells after him as one would a child throwing a temper tantrum.  That was his first movie and first scene.  I thought it was hilarious, possibly unintentionally so, but hilarious.  It took me quite a few years to merge in my head that that actor also was the actor that played The Joker on the 60’s Batman TV series and various other guest rolls on “The Love Boat” and so forth.  His career spanned more than 60 years, with continued relevance and popularity today.  Ladies and gentlemen, Cesar Romero.  Style Icon. 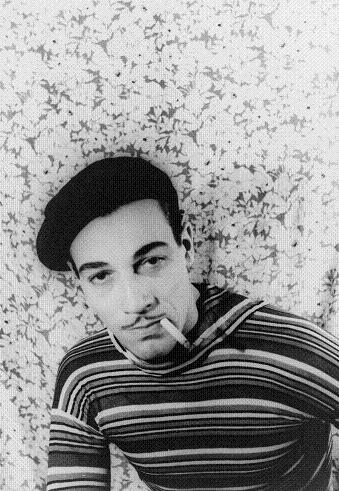 BEST KNOWN FOR: Actor and dancer Cesar Romero performed in movies from the ’30s through the ’60s. He became a pop culture icon in the 1966 Batman television series.

Actor, dancer. Born February 15, 1907, in New York City, to a prosperous Cuban family. Romero was raised by his parents, Cesar Julio Romero and Maria Mantilla, among Manhattan’s social elite. His maternal grandfather was the famed Cuban patriot Jose Marti (for whom Havana’s airport is named). Romero was first introduced to acting while attending Collegiate and Riverdale Country schools, where he starred in a stage production of The Merchant of Venice.

While still in his teens, Romero met fellow socialite Lisbeth Higgins, with whom he began a professional dance partnership. The couple performed in New York City’s nightclub and theatre circuit. Romero began his solo career as a dancer in a number of off-Broadway productions, before coming to Broadway as an actor. His early stage credits included Social Register, Stella Brady, and Dinner at Eight. Romero’s performance in the latter influenced MGM Studios to sign him to a short-term film contract.

Romero moved to Hollywood, where he made his film debut as a gigolo in the mystery The Thin Man (1934), starring William Powell and Myrna Loy. In the mid-30s (now under contract to Universal Studios), he appeared in a number of projects ranging from box office disasters like The Devil is a Woman (1935) to well-received comedies like Love Before Breakfast (1936).

In 1937, failed salary negotiations with Universal led Romero to sign with 20th Century Fox, where he would remain for the next 15 years. In the late 30s and early 40s, he was cast as the Cisco Kid in a handful of Westerns including, The Cisco Kid and the Lady (1939) and Viva Cisco Kid (1940).

With the onset of World War II, Romero temporarily shelved his film career in order to enlist in the U.S. Coast Guard. In 1947, after three years of service, he returned to acting with supporting roles in the musical romance Carnival in Costa Rica followed by the 16th-century epic The Captain from Castile, with Tyrone Power.

Romero’s credits during the 1950s and early 1960s included secondary parts in more memorable films. In the Oscar-winning adventure Around the World in 80 Days (1956), Romero was cast in a minor role alongside a stellar ensemble that included Shirley MacLaine, Buster Keaton, Marlene Dietrich, and John Gielgud. In 1960, he won another supporting role in the Rat Pack caper Ocean’s Eleven, featuring Dean Martin, Frank Sinatra, Sammy Davis Jr., Peter Lawford, and Joey Bishop.

For the duration of his career, Romero’s most notable projects were his television appearances. He attained pop icon status with his portrayal of the maniacal Joker in the 1966 television series Batman. Starring Adam West in the title role, Batman became an overnight sensation, boasting an impressive cast that included Burt Ward, Julie Newmar, Roddy McDowall, and Vincent Price.

During the 1970s, Romero played the recurring role of Freddie Prinze’s father on the NBC comedy series Chico and the Man. From 1985-88, his part as the patriarchal Peter Stavros on the primetime soap opera Falcon Crest introduced the seasoned Romero to a whole new generation of viewers.

With a body of work spanning more than seven decades and over a hundred film credits, Romero remained an active member in Hollywood’s social scene throughout his career. Although he never married, the self-described “Latin from Manhattan” was romantically linked to a number of women. On January 1, 1994, Romero died of a blood clot. He was 86 years old.

He believed that to live well you must dress well. And never in the same outfit. His closets held 30 tuxedos, 200 sports jackets, and 500 suits.