Today is Mother’s Day and the day Katharine Hepburn was born.  Since it was my mother that “introduced” me to Katharine Hepburn, it seems like a perfect pairing.  I honestly do not remember if it was “Bringing up Baby” or “The Philadelphia Story” or “African Queen” that was my first Katharine Hepburn movie, or was it “Guess Who’s Coming To Dinner?”  From there, it lead to “Holiday” and “Woman of the Year” and “Summertime” and “Desk Set” and “Suddenly, Last Summer” and “A Delicate Balance” and, and, and…  My mother gave me the foundation for a lifetime of classic movie adoration and for that, I am truly grateful, it is a gift that can never be lost, broken, or outdated.

BEST KNOWN FOR: Katharine Hepburn was an actress known as a spirited performer with a touch of eccentricity in films such as The African Queen and On Golden Pond.

Katharine Houghton Hepburn (May 12, 1907 – June 29, 2003) was an American actress of film, stage, and television. In a career that spanned 62 years as a leading lady, she was best known for playing strong-willed, sophisticated women in both dramas and comedies.

Raised in Connecticut by wealthy, progressive parents, Hepburn turned to acting after graduation from Bryn Mawr College. After four years in the theatre, favorable reviews of her work on Broadway brought her to the attention of Hollywood. She became an instant star with her feature debut, 1932’s A Bill of Divorcement, and within 18 months received an Academy Award for Morning Glory. This initial success was followed by a series of commercial failures, and in 1938 she was labeled “box office poison”. Hepburn masterminded her own comeback, buying herself out of her contract with RKO Radio Pictures and acquiring the film rights to The Philadelphia Story, which she sold on the condition that she be the star. The movie was a hit, and Hepburn’s career was successfully revived.

In 1941 she joined Metro-Goldwyn-Mayer and began an alliance with Spencer Tracy, forming a popular partnership that produced nine movies over 25 years. Her work began to slow in this decade, and is dominated by the pictures she made with Tracy. Hepburn’s output expanded in the 1950s, as she frequently worked overseas and appeared in a number of Shakespeare productions on the stage. On screen she found a niche in playing middle-aged spinsters, including The African Queen, and the public embraced Hepburn in these roles. She enjoyed a great level of success in the latter half of her life, winning three more Oscars for her work in Guess Who’s Coming to Dinner, The Lion in Winter and On Golden Pond. In 1973 she made her first appearance in a television movie, and the medium was where she found her greatest success in her later years. She remained active into old age, making her final screen appearance in 1994 at the age of 87.

Hepburn was famously outspoken and evasive with the press, while refusing to conform to societal expectations of women. She married once, before moving to Hollywood, but thereafter maintained an independent lifestyle. In 1941, Hepburn began an affair with her co-star Spencer Tracy and became devoted to the actor. They remained together until his death in 1967, although the relationship was hidden from the public and Tracy never divorced his wife. After a period of inactivity and ill-health, Hepburn died in 2003 at the age of 96.

Hepburn received a total of 12 Academy Award nominations for Best Actress throughout her career, and her four wins is a record for a performer. Her on-screen persona often matched her own independent personality, and she came to epitomize the “modern woman” in 20th century America. She is credited with helping change the way females were depicted on screen, and acknowledged as an influential figure in the public’s changing perception of women. In 1999, she was named by the American Film Institute as the top female legend of the screen

If you always do what interests you, at least one person is pleased. 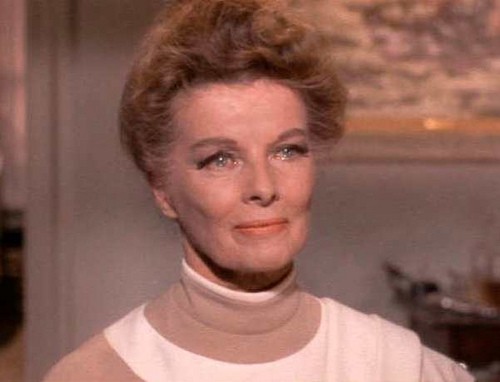