I have heard said that dogs are better than children because you don’t have to pay for their college education. After spending the last week with four dogs in the house, I can honestly say that even if I did have to pay for their college, I feel pretty safe. A two week small engine repair correspondence course through the mail is all I would be on the hook for, but Ivy League, no. R commented that is was a lot like taking care of “differently-abled five year olds.” Two five year olds , and one mostly-deaf-half-blind-granny-chihuahua, and one chihuahua that “acts more like a cat” which we all know is just a nice way of saying “total fucking bitch.” I would leave every morning after making individualized specialty breakfasts for them and remind them of their lists of chores that they needed to complete that day. Upon my return that evening, absolutely nothing was checked off the list. I mean honestly, how hard is it for an Italian Greyhound to sit on hold with the bank to refi a home loan? Selfish.

I looked through the photos on my phone and it looks like I didn’t take any this week that were worth saving, but I did save a couple photos of a little pig. 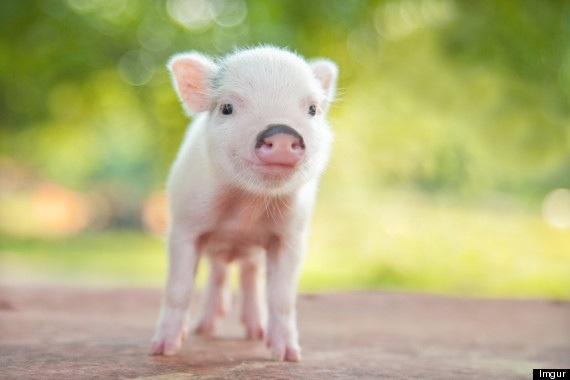 Work is work. Have you ever seen that episode of “Twilight Zone” called “Last Man on Earth”? It is pretty much like that for me at work, just tag “Without ADD” to the end of the title. Except I don’t break my glasses because I have a backup pair [SPOILER ALERT]. See what happens when you pay attention? You learn shit. I blame MTV.

I have come up with a great idea for a vlog from it, total art through adversity. It would be me asking people questions, being completely ignored, a second or two later, they look up from their phone and say “what?” THE END. The vlog title is “Did I Say That Out Loud?” The questions will be hilarious. Let’s make it happen. Or have you stopped reading because someone re-posted that picture of a cat looking inquisitive with a funny question as a caption? Darn you skeptical-looking animals!

All the dog care required me to alter/postpone/skip my fitness schedule, so naturally, in five days, I have become morbidly obese and am being fork-lifted out my living room window as I type this. I will be spending all next week pushing a block across the floor and wiggling a huge rope, two very popular entry-level gym activities employed by the trainers at my gym. It’s part cardio, part muscle strength, but mostly humiliation. Wiggle the rope, fatty. Wiggle. The. Rope.

I probably watched some TV and listened to some podcasts, nothing sticks out as note-worthy, other than Selected Shorts and their recent partnering with David Sedaris. That Daft Punk Soul Train video was great.

Looks like over at Wasp & Pear (where I ‘archive’ my life), it was mostly Style Icons and photos of abandoned places (so same old). I continue to love Tumblr more than facebook, it is just so much more interesting. It’s like if facebook and twitter had a really nerdy kid that went to art school and spent all of his free time trolling the internet for beautiful/interesting photos/writings/videos. Yes, I arbitrarily assigned a gender to the facebook/twitter offspring. It is what Pinterest could have been if the #weddings hashtag never existed or was blocked/banned. Is writing ‘hashtag’ after writing #hashtag the same thing as saying “PIN number?”

Over at Waldina, it looks like it was Studs Turkel, Morrissey, Mt. St. Helens, Lewis & Clark, and Pam Grier that occupied my interests last week. Nice variety.

I did take a photo last night of a rhododendron in front of the house across the street from Kurt and Courtney‘s old house.  You should drive by, the entire wall is in bloom. 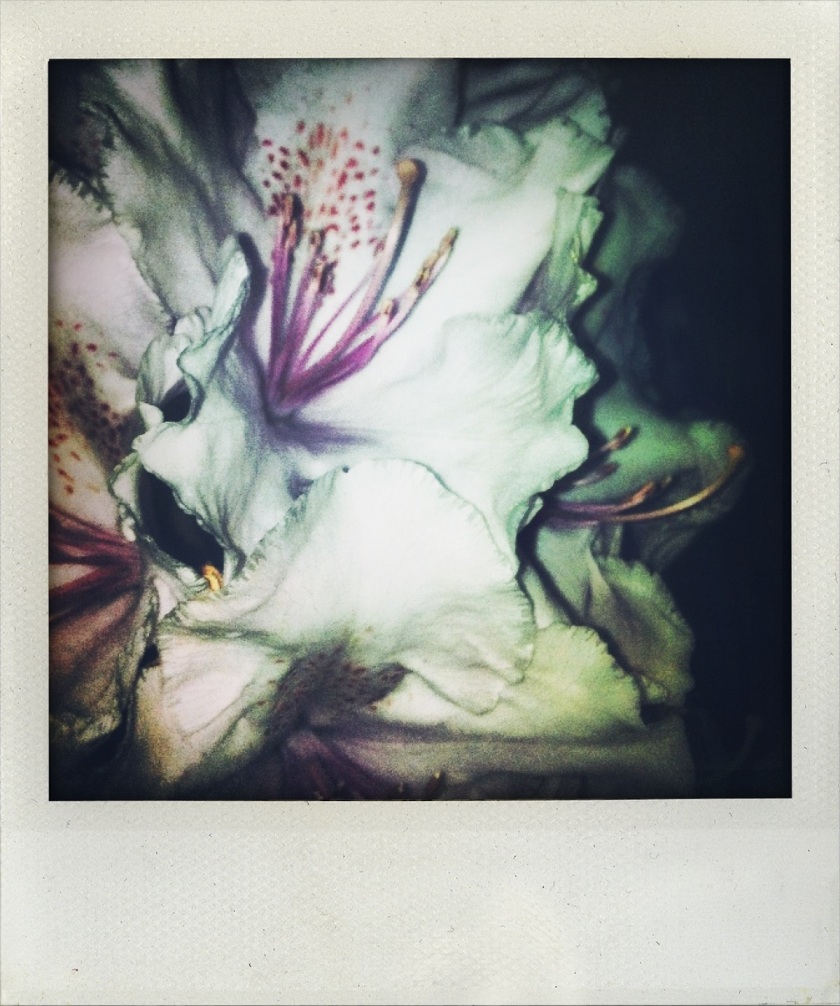