Through reinvention and resilience, she survived in Hollywood where female actors’ shelf life is brief. She did so by exaggerating the character of herself, larger than life, meaner than hell, bitch on wheels. How much of that was always her and how much she exaggerated, we only have stories. Watch some of her early films, you may fall in love with her a bit. 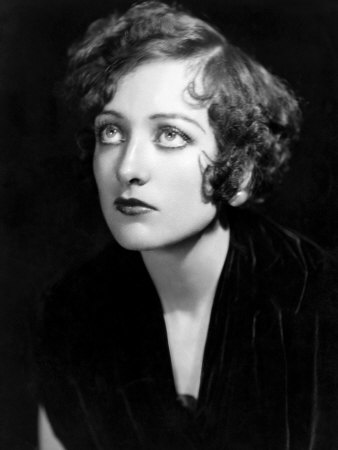 BEST KNOWN FOR: American motion-picture actress Joan Crawford made her initial impact as a vivacious Jazz Age flapper but later matured into a star of psychological melodramas.

Starting as a dancer in traveling theatrical companies before debuting on Broadway, Crawford was signed to a motion picture contract by Metro-Goldwyn-Mayer in 1925. Initially frustrated by the size and quality of her parts, Crawford began a campaign of self-publicity and became nationally known as a flapper by the end of the 1920s. In the 1930s, Crawford’s fame rivaled MGM colleagues Norma Shearer and Greta Garbo. Crawford often played hardworking young women who find romance and financial success. These “rags-to-riches” stories were well-received by Depression-era audiences and were popular with women. Crawford became one of Hollywood’s most prominent movie stars and one of the highest paid women in the United States, but her films began losing money and by the end of the 1930s she was labeled “box office poison”.

After an absence of nearly two years from the screen, Crawford staged a comeback by starring in Mildred Pierce (1945), for which she won the Academy Award for Best Actress. In 1955, she became involved with the Pepsi-Cola Company through her marriage to company Chairman Alfred Steele. After his death in 1959, Crawford was elected to fill his vacancy on the board of directors but was forcibly retired in 1973. She continued acting in film and television regularly through the 1960s, when her performances became fewer; after the release of the British horror film Trog in 1970, Crawford retired from the screen. Following a public appearance in 1974, after which unflattering photographs were published, Crawford withdrew from public life and became more and more reclusive until her death in 1977.

Crawford married four times. Her first three marriages ended in divorce; the last ended with the death of husband Al Steele. She adopted five children, one of whom was reclaimed by his birth mother. Crawford’s relationships with her two older children, Christina and Christopher, were acrimonious. Crawford disinherited the two and, after Crawford’s death, Christina wrote a “tell-all” memoir, Mommie Dearest, in which she alleged a lifelong pattern of physical and emotional abuse perpetrated by Crawford.

Crawford was voted the tenth greatest female star in the history of American cinema by the American Film Institute.

Crawford published her autobiography, A Portrait of Joan – written with Jane Kesner Ardmore – in 1962 through Doubleday. Crawford’s next book, My Way of Life, was published in 1971 by Simon and Schuster. Those expecting a racy tell-all were disappointed, although Crawford’s meticulous ways were revealed in her advice on grooming, wardrobe, exercise, and even food storage.

On May 8, 1977, Crawford gave away her beloved Shih Tzu “Princess Lotus Blossom”, which she was too weak to care for properly. Crawford died two days later at her New York apartment from a heart attack, while also ill with pancreatic cancer.[2] A funeral was held at Campbell Funeral Home, New York, on May 13, 1977. In her will, which was signed October 28, 1976, Crawford bequeathed to her two youngest children, Cindy and Cathy, $77,500 each from her $2,000,000 estate. She explicitly disinherited the two eldest, Christina and Christopher, writing “It is my intention to make no provision herein for my son Christopher or my daughter Christina for reasons which are well known to them.”

Crawford’s hand and footprints are immortalized in the forecourt of Grauman’s Chinese Theater on Hollywood Boulevard in Hollywood. She also has a star on the Hollywood Walk of Fame at 1750 Vine Street. In 1999, Playboy listed Crawford as one of the “100 Sexiest Women of the 20th century”, ranking her #84.