Today is the 116th birthday of Edith Head.  If you are a fan of classic movies and pay attention to scenery and costuming, you already know her. She had THE influence on American style before clothing designers were known. A quick search for her on IMDB will soon have you realizing that her touch was added to most of the films that you know and love. Ladies and gentlemen, Edith Head. Style Icon 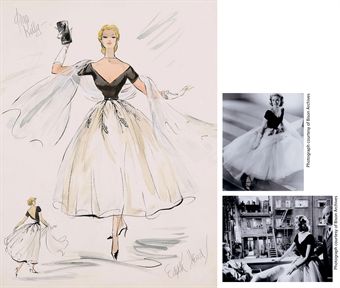 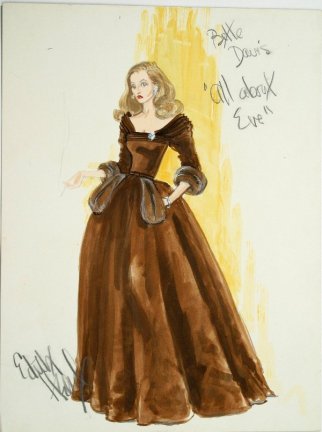 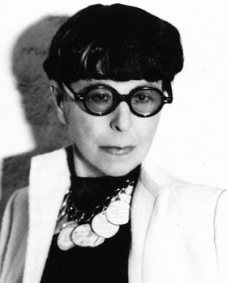 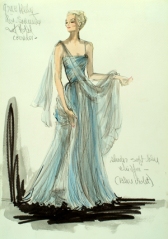 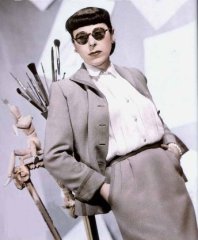 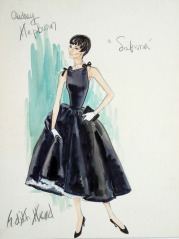 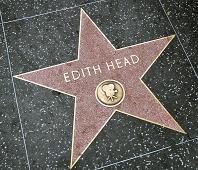 Best Known For:  Edith Head was one of the most prolific costume designers in 20th century film, winning a record eight Academy Awards.

Edith Head (born October 28, 1897) became chief designer at Paramount Pictures in 1933 and later worked at Universal. Hollywood’s best-known designer, her costumes ranged from the elegantly simple to the elaborately flamboyant. She won a record eight Academy Awards for her work in films such as All About Eve (1950), Roman Holiday (1953), and The Sting (1973).

She became chief designer at Paramount Pictures in 1933 and later worked at Universal. Hollywood’s best-known designer, she was noted for the wide range of her costumes, from the elegantly simple to the elaborately flamboyant. She won a record eight Academy Awards for her work in films such as All About Eve (1950), Roman Holiday (1953), and The Sting (1973).

As part of a series of stamps issued by the U.S. Postal Service in February 2003, commemorating the behind-the-camera personnel who make movies, Head was featured on one to honor costume design.

The band They Might Be Giants recorded the song “She Thinks She’s Edith Head,” which was included in the 1999 album Long Tall Weekend and the 2001 album Mink Car. The song is about a girl from the singer’s past, who had changed her persona to be more sophisticated, and compares her new attitude to Head and longtime Cosmopolitan editor-in-chief Helen Gurley Brown.

“You can have whatever you want if you dress for it.” ― Edith Head

To many viewers of the 2004 Pixar/Disney computer-animated film The Incredibles, the personality and mannerisms of the film’s fictional superhero costume designer Edna Mode suggest a colorful caricature of Edith Head. Edna Mode’s sense of style, round glasses, and assertive no-nonsense character are very likely a direct homage to Head’s legendary accomplishments and personal traits. But the film’s director, Brad Bird, has not yet confirmed or denied this. 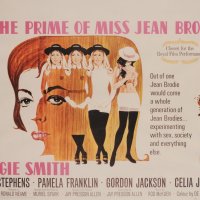