Tomorrow is Jack Lemmon’s 89th birthday.  Throughout his career, he turned in consistently top notch performances and mad his “every man” persona so desirable.  Watch him with Judy Holliday in “It Should Happen To You,” with Shirley MacLaine in “The Apartment” and Sandy Dennis in “The Out of Towners.”  You won’t take your eyes off him.  Then watch “The China Syndrome” and you will witness the range of his 50 year resume.

Jack Lemmon (b. Feb. 8, 1925) was an American actor who starred in over 60 films, including Some Like It Hot, The Apartment, Mister Roberts, Days of Wine and Roses, The Great Race, Irma la Douce, The Odd Couple, Save the Tiger (for which he won the 1973 Best Actor Academy Award), The Out-of-Towners, The China Syndrome, Missing (for which he won ‘Best Actor’ at the 1982 Cannes Film Festival), Glengarry Glen Ross, Grumpy Old Men and Grumpier Old Men. He won an Academy Award for Best Supporting Actor in 1955 for his performance in Mister Roberts, establishing him as one of the screen’s new comic stars. He was respected for his ability to play high-strung and neurotic characters. 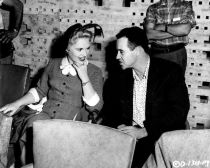