Tomorrow is the 99th birthday of Jim Backus, everyone’s favorite millionaire shipwreck survivor.  Was I the only one that had the take away thought from “Gilligan’s Island” that money can’t buy everything?  Here he was, stranded on an island with his wife (they apparently brought trunk-loads of cash, jewelry, and clothing for a short afternoon boat ride) and they could not buy their way out of their situation.  I guess I sort of liked that thought.  That, and as Mr. Magoo, it was nice to know that blind people could still drive cars. 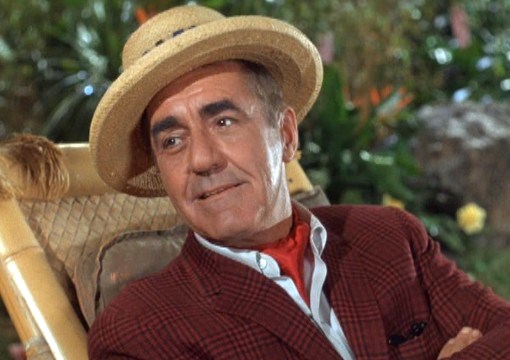 Best Known For:  Jim Backus was a film and TV actor known for his roles in Rebel Without a Cause and Gilligan’s Island, as well as being the voice of Mr. Magoo.

Actor and author James Gilmore Backus was born on February 25, 1913, in Cleveland, Ohio. For five decades, Jim Backus entertained audiences in a variety of media, starting out in radio and moving on to film and television. Two of his trademark roles were the wealthy and snooty Thurston Howell III on Gilligan’s Island and Mr. Magoo, an optically challenged and bumbling cartoon character. The son of an engineer, he was more interested in golf and acting than in school. Backus worked for a stock theater company during his teens. In one of the company’s productions, he had a small role while future film star Clark Gable had the lead.

Wanting his son to focus on academics, Backus’s father sent him to the Kentucky Military Institute for a time where he met and befriended Victor Mature, another future professional actor. But Backus struggled his way through high school and was able to convince his father to let him skip a traditional college education. Instead he went to New York City to study at the American Academy of Dramatic Arts.

Graduating in 1933, Backus spent two years working in a variety of stage productions and in summer stock before trying his hand at radio. Adept at molding his booming voice into different characters, he was a freelance performer and appeared on numerous radio programs, including soap operas and The Kate Smith Hour. Backus also made his Broadway debut around this time in Hitch Your Wagon, a comedy, in 1937. Later that year, he appeared in the drama Too Many Heroes.

In the 1940s, Backus scored his biggest radio success on The Alan Young Show. He created a stuffy, upper crust character named Hubert Updyke III, who was known for making such quips as “Careful, or I’ll have your mouth washed out with domestic champagne.” By the end of the decade, Backus was beginning his film career. One of his earliest roles was in the football drama Easy Living (1949) with Lucille Ball and old friend Victor Mature. 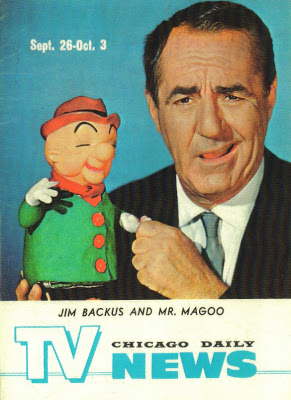 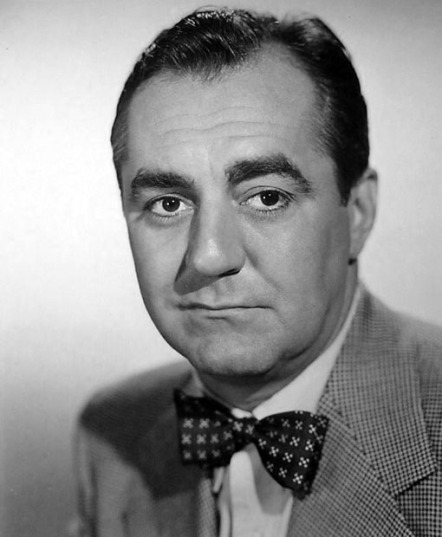 Also in 1949, Backus was selected to voice one of the characters for a cartoon entitled Ragtime Bear. Little did he know that the character, Quincy Magoo, a nearsighted fellow with a very selective take on reality, would become so hugely popular. Backus spent about three decades as Magoo in his various incarnations from cartoon shorts to television series to a full-length film.

On the small screen, Backus spent three years on the sitcom I Married Joan, which debuted in the fall of 1952. He played Judge Bradley Stevens, husband to Joan Stevens (Joan Davis). Each episode featured a case in front of Bradley, a domestic judge, and its parallels to his domestic life. After the series ended, Backus gave some of his best film performances. He earned praise for his work on the comedy Francis in the Navy (1955) and the teenage drama Rebel Without a Cause (1955) with James Dean. In Rebel Without a Cause, Backus played Dean’s father, a man befuddled by his son’s actions and oppressed by his domineering wife.

Based in part on his earlier character, Hubert Updyke III, Backus again inhabited the persona of a privileged, uptight rich man on Gilligan’s Island. Thurston Howell III was one of seven castaways marooned on an island together after a terrible storm sent their boat crashing onto its shores. In addition to his wife, Mrs. Howell, who his character always called “lovey,” there were the ship’s captain Skipper (Alan Hale Jr.) and his first mate Gilligan (Bob Denver), the professor (Russell Johnson), the movie star Ginger (Tina Louise) and a simple farm girl named Mary Ann (Mary Ann Summers). Created by Sherwood Schwartz, the broad comedy was dismissed by reviewers but adored by many viewers. “The critics assassinated it, but the kids flipped for it,” Backus later said, according to an article in The New York Times. “I’ve been watching the reruns, and confess I’m hooked on it myself.”

While the show was only on network television from 1964 to 1967, Gilligan’s Island has had a healthy life in syndication and can still be seen today. Backus voiced an animated version of Thurston Howell III for the Saturday morning cartoon series, The New Adventures of Gilligan in the mid-1970s. Reprising his famous role, he appeared for the 1978 television movie Rescue from Gilligan’s Island. That same year, Backus received a heartbreaking diagnosis. He was having some trouble with his legs and learned that he had Parkinson’s disease.

Despite this setback, Backus continued acting. He made his final film appearance in 1980’s There Goes the Bride with Tom Smothers and Phil Silvers. On the small screen, he appeared in The Harlem Globetrotters on Gilligan’s Island (1981) and made guest appearances on such shows as Fantasy Island and The Love Boat.

In late June of 1988, Backus was admitted to St. John’s Hospital and Health Center in Santa Monica, California. He died of pneumonia on July 3, 1988. Over the course of his long career, Backus had appeared in roughly 80 films and 500 film and television episodes as Quincy Magoo. And each day, he wins new fans as they watch Gilligan’s Island in syndication. 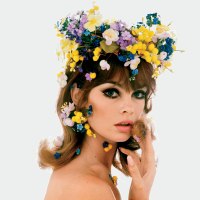