I have seen this film countless times, it was one of the ones in heavy rotation after school.  We watched it from a VHS we recorded off of a television broadcast.  Even now when I watch it, I see new aspects of the Hitchcock genius.  It has everything.

North by Northwest is a 1959 American thriller film directed by Alfred Hitchcock, starring Cary Grant, Eva Marie Saint and James Mason. The screenplay was written by Ernest Lehman, who wanted to write “the Hitchcock picture to end all Hitchcock pictures”.

North by Northwest is a tale of mistaken identity, with an innocent man pursued across the United States by agents of a mysterious organization who want to stop his interference in their plans to smuggle out microfilm containing government secrets.

This is one of several Hitchcock films with a music score by Bernard Herrmann and features a memorable opening title sequence by graphic designer Saul Bass. This film is generally cited as the first to feature extended use of kinetic typography in its opening credits. 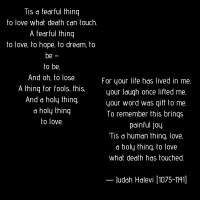