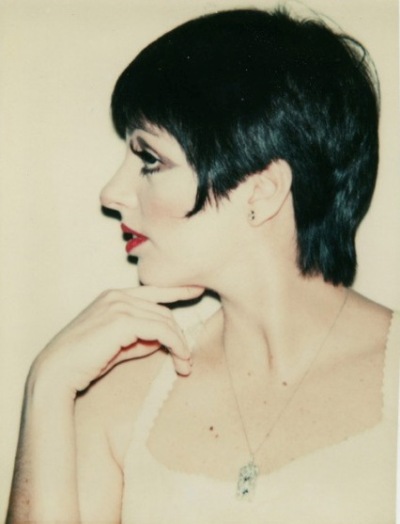 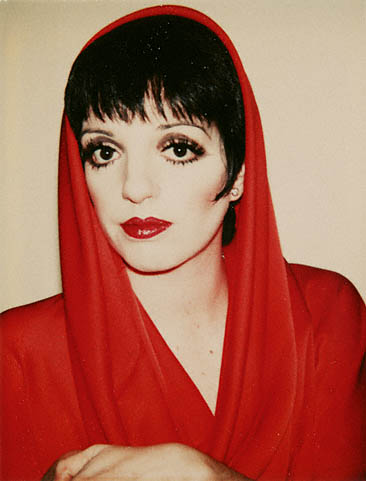 BEST KNOWN FOR:  Liza Minnelli, the daughter of Judy Garland, is a star in her own right. Her finest film role was playing Sally Bowles in the 1972 musical Cabaret.

Singer and actress. Born on March 12, 1946, in Los Angeles, California. While her first appearances were with her superstar mother, Judy Garland, Liza Minnelli has been able to step out of her mother’s shadow to establish a substantial career as a performer. In addition to Garland, Liza’s father Vincente Minnelli was also well known in Hollywood for his work as a director.

Minnelli made her film debut as a toddler in the musical comedy In the Good Old Summertime (1949), which starred her mother and Van Johnson. While she made other appearances in her mother’s concert productions, Minnelli’s career in entertainment did not start in earnest until later.

Her parents divorced in 1951, and Minnelli divided her time between her parents. Her mother married producer Sid Luft in 1952, and Minnelli soon was a big sister to half-siblings Lorna (born in 1952) and Joey (born in 1955). Minnelli had a difficult relationship with her mother over the years as Minnelli tried to care for Garland who suffered from an addiction to pills and from depression.

In the 1950s, her father married again and had a daughter, Christiana Nina, with his second wife Georgette Magnani. Minnelli remained close to her father throughout the rest of his life.

As a teenager, Minnelli gave up on school and went to New York City to pursue a stage career. She landed a role in the off-Broadway revival of the musical Best Foot Forward in 1963, which brought her strong reviews. Around this time, Minnelli also appeared on her mother’s short-lived television series, The Judy Garland Show. Minnelli also performed with her mother during Garland’s stint at the Palladium in London and wowed audiences and her mother with her vocal prowess. According to The New York Times, Minnelli said “It was like Mama suddenly realized I was good.”

In her first leading Broadway role, Minnelli appeared as the title character in Flora, The Red Menace in 1965. The light musical comedy poked fun at the 1930s communist movement. While it only ran for a few weeks, the musical brought Minnelli a Tony Award for Best Actress in a Musical. She was only 19 at the time, making her one of the youngest performers to ever win the award.

Minnelli went on to co-star in the dramatic comedy Charlie Bubbles (1967) opposite Albert Finney. Playing an offbeat misfit named Pookie, she received her first Academy Award nomination for Best Actress for her work in the 1969 film The Sterile Cuckoo. During the production of her next film, Otto Preminger’s Tell Me That You Love Me, Junie Moon (1969), Minnelli suffered a great loss. Her mother died from an accidental drug overdose on June 22, 1969.

The film, directed by Bob Fosse, showcased her singing talents as well as her range as an actress. For her efforts, Minnelli won the Academy Award for Best Actress. The film won eight awards in total, including a Best Supporting Actor award for Joel Grey and Best Director for Fosse. Minnelli’s hot streak continued with the television special, Liza with a Z, which was produced by Fred Ebb and Bob Fosse. The show won the Emmy Award for Outstanding Single Program—Variety and Popular Music in 1973.

After those great successes, however, Minnelli’s film career hit a rough patch with such flops as Lucky Lady (1975) and A Matter of Time (1976), which was directed by her father. The musical New York, New York (1977) gave her a chance to work with famed director Martin Scorsese and actor Robert De Niro. Despite the stellar cast and crew, the film bombed at the box office and received mostly negative reviews.

Again working with Scorsese, Minnelli returned to Broadway in The Act in 1977. She played a washed-up singer trying to revive her musical career. Giving an outstanding performance, Minnelli netted her second Tony Award for Best Actress in a musical. A few years later, she had another success on the big screen with the romantic comedy Arthur (1981). Minnelli co-starred with Dudley Moore as a waitress who falls in love with a wealthy, but often inebriated man.

By the mid-1980s, Minnelli was ready to tackle her own problems with drugs and alcohol. She went to the Betty Ford Clinic for rehabilitation. After getting sober, Minnelli toured extensively and acted in several forgettable films, including Rent-A-Cop (1987) and Arthur 2: On the Rocks (1988), a sequel that failed to recapture the magic of the 1981 hit.

In 1986, Minnelli lost her father who died of heart failure. She participated in the critically acclaimed documentary, Minnelli on Minnelli: Liza Remembers Vincente, the following year, which received several Emmy Award nominations. Around this time, she teamed up Frank Sinatra and Sammy Davis Jr. for a world tour called The Ultimate Event.

Her acting career perked up in recent years, with her humorous guest appearances on the series Arrested Development in 2004 and 2005 and her role in Sex and the City 2 (2010). For the most part, however, Minnelli has focused on live performances. She gives numerous concerts each year around the world.

Unlucky in love, Minnelli has been married four times. Her first marriage was to Australian singer-songwriter Peter Allen, which lasted from 1967 to 1972. From 1974 to 1979, Minnelli was married to Jack Haley Jr. Her longest union was with sculptor Mark Gero, spanning from 1979 to 1992. Her 2002 marriage to producer David Gest ended after 16 months.