Once, I went to a reading of the entire The Great Gatsby.  It took about eight hours and at least a half dozen people to play all the parts.  When they got to the last paragraph, we all recited it together.  It was intense and glorious and beautiful.

Gatsby believed in the green light, the orgastic future that year by year recedes before us. It eluded us then, but that’s no matter—tomorrow we will run faster, stretch out our arms farther. . . . And then one fine morning—
So we beat on, boats against the current, borne back ceaselessly into the past. 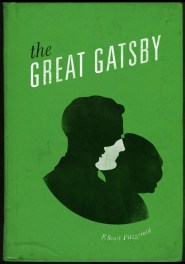 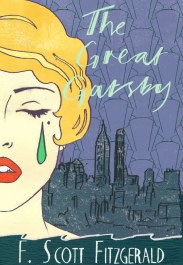 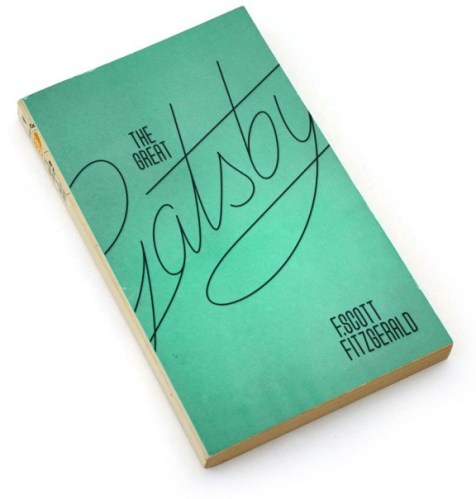 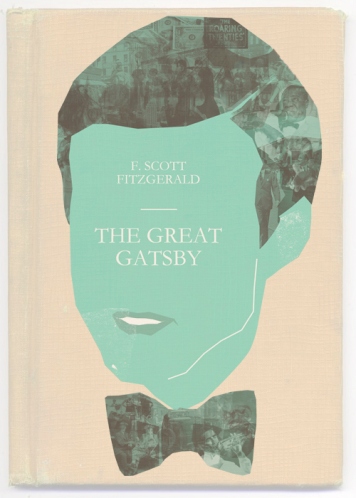 It was on this day in 1925 that F. Scott Fitzgerald’s novel The Great Gatsby was published. Fitzgerald believed he had written a great book, and he was disappointed by its reception. He wrote to his friend Edmund Wilson: “Of all the reviews, even the most enthusiastic, not one had the slightest idea what the book was about.”

Fitzgerald was already famous when The Great Gatsby was published. His first novels, This Side of Paradise (1920) and The Beautiful and the Damned (1922), sold well. Scott and his wife, Zelda, were celebrities — a beautiful, fashionable, social couple. After watching them ride down Fifth Avenue on top of a taxi, writer Dorothy Parker said, “They did both look as though they had just stepped out of the sun.” Shortly after the publication of The Beautiful and the Damned, Fitzgerald wrote to his editor, Maxwell Perkins: “I want to write something new — something extraordinary and beautiful and simple and intricately patterned.”But first he wrote a play, The Vegetable, and it was a flop. To pay off his debts, he churned out magazine stories. He wrote to a friend: “I really worked hard as hell last winter — but it was all trash and it nearly broke my heart as well as my iron constitution.” He had high hopes for a new book. He wrote to Perkins: “In my new novel I’m thrown directly on purely creative work — not trashy imaginings as in my stories but the sustained imagination of a sincere yet radiant world.”

The Fitzgeralds’ extravagant New York lifestyle was weighing on them, and in the spring of 1924, the couple and their young daughter headed to Europe, where Scott was looking for somewhere quieter and less expensive to work on The Great Gatsby. (Fitzgerald’s idea of a quiet lifestyle was relative; of his 1926 visit to the Riviera, he wrote: “There was no one at Antibes this summer, except me, Zelda, the Valentinos, the Murphys, Mistinguet, Rex Ingram, Dos Passos, Alice Terry, the MacLeishes, Charlie Brackett, Mause Kahn, Lester Murphy, Marguerite Namara, E. Oppenheimer, Mannes the violinist, Floyd Dell, Max and Crystal Eastman … Just the right place to rough it, an escape from the world.”)

After a stay in Paris, they headed south to the town of Valescure on the French Riviera, which Fitzgerald called the “hot sweet south of France.” In those days, the Riviera was cheap, and they rented a villa on a hillside. He described the Mediterranean: “Fairy blue […] and in the shadow of the mountains a green belt of land runs along the coast for a hundred miles and makes a playground for the world.” They went to fancy dinners with rich friends, listened to jazz on the phonograph, and lay in the sun drinking. Fitzgerald worked on The Great Gatsby, writing to Perkins that the south of France was idyllic and that he would finish the novel within a month. Zelda was not so happy; Scott was too busy with his novel to pay attention to her, and their daughter was watched by a nurse. She distracted herself by flirting with a French naval officer, and the Fitzgeralds’ marriage deteriorated. 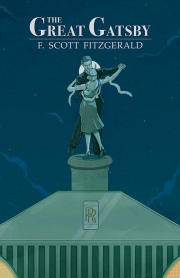 They moved to Rome that fall, where Scott made final edits on The Great Gatsby. He couldn’t decide on a title — he considered On the Road to West Egg, Gold-hatted Gatsby, Among the Ash-Heaps and Millionaires, The High-bouncing Lover, Trimalchio, and others. While the book was in publication, Fitzgerald suddenly came up with Under the Red White and Blue, and Perkins had to convince him that it was not worth delaying publication and that they should stick with The Great Gatsby.

When The Great Gatsby was published on this day in 1925, it cost $2.00. The reviews were mostly good, but sales were bad — after the initial run of 20,000 copies, there was a second printing of 3,000 copies in August, but some of those copies were still in the warehouse when Fitzgerald died 15 years later. He told Perkins that he thought there were two reasons for the book’s failure: that the title wasn’t very good, and that there were no strong female characters and women were the ones buying fiction. A few years before he died, Fitzgerald went from bookstore to bookstore trying to find copies of his books for his lover Sheilah Graham, but he couldn’t find any.

In The Great Gatsby, Fitzgerald wrote: “There are only the pursued, the pursuing, the busy and the tired.”