Today is the 97th birthday of Vincent Price.  I think my first exposure to him was probably the Hawaiian episodes of the Brady Bunch, followed next by the Michael Jackson “Thriller” music video.  I have since made up for the lack of well-rounded knowledge.  I actually have a copy of “The Bad” on this very computer, as well as the original “House on Haunted Hill.”  His career spanned seven decades and he is imitated regularly on Saturday Night Live, 2o years after his death.  Ladies and gentlemen, Vincent Price.  Style Icon. 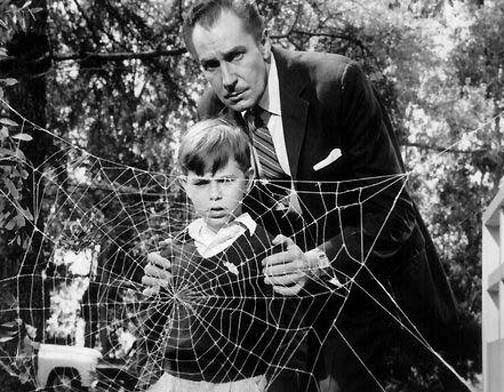 Best Known For:  American actor Vincent Price starred as the villain in the 1953 film House of Wax, which revitalized the horror genre, and was one of the first films shot in 3D.

Vincent Price was born on May 27, 1911 in St. Louis, Missouri. His acting career began on stage in London in 1935. He also performed with Orson Welles’s Mercury Theatre. In the 1950s, Price started making horror films,  including House of Wax and The Fly. He later worked with Roger Corman on several films based on Edgar Allan Poe stories. Price died on October 25, 1993.

Sometimes called the “Master of Menace,” actor Vincent Price was born on May 27, 1911, and grew up in St. Louis, Missouri. Price was the youngest of four children born to an upper-middle-class family. His father served as the president of a candy company, and he had a cultured upbringing. Price was educated in private schools, and toured Europe at the age of 16. At Yale University, Price studied art history and English. He then traveled to England to pursue the fine arts at University of London.

In 1935, Price landed his first major stage role, playing Prince Albert in a London production of Victoria Regina. The play moved to Broadway, with Helen Hayes as Price’s co-star, and it became a big hit. Before long, Price made his way to the silver screen.

Despite his lasting association with the world of horror, Price started out as a dramatic actor. His tall, lanky frame and distinctive voice lent themselves nicely to character parts. One of Price’s most famous early roles was in the film noir classic Laura (1944) which was directed by Otto Preminger and also starred Gene Tierney. Two years later, he reunited with Tierney for the dramatic thriller Dragonwyck. Price also appeared in some comedies, including 1950’s Champagne for Caesar—one of his favorite film roles.

Price delved into disturbing territory with the 3D hit House of Wax (1953). In the film, he plays a deranged and disfigured artist, who makes wax sculptures using real people. Price also did well with The Fly (1958), a classic science-fiction horror flim about a scientist who has a tragic mishap with a device that he created, as it turns him into a flying insect. In the 1960s, Price appeared in a number of Roger Corman’s low-budget scare-fests. Price also starred in several film adaptations of Edgar Allan Poe stories, including The Masque of the Red Death (1964).

Part of Price’s appeal as a villain was the humor he could inject into these sinister roles. His distinctive voice also contributed to his ability to create tension in films. He spoke in rich, deep tones, which sometimes had an eerie and unsettling quality. Price thought nothing of his famous speech patterns. “To me, I sound like everybody else in Missouri. I think I sound like Harry Truman,” he once said, according to the Los Angeles Times.

One of his most favorite later roles, Price plays an actor who gets his revenge on his critics in Theater of Blood (1973). He voiced the villainous Ratigan in the animated tale The Great Mouse Detective (1986). The following year, Price took a dramatic turn with The Whales of August, playing a Russian paramour to two sisters ( Bette Davis and Lillian Gish).

Price enjoyed success in many arenas outside of cinema; he made numerous television appearances, ranging from The Brady Bunch to the TV series Batman. In the 1980s, he hosted the PBS series Mystery. He also added an ominous air to the Michael Jackson’s 1983 “Thriller” video, by delivering an opening monologue. Price also worked with rocker Alice Cooper.

A lifelong art aficionado, Price wrote several books on his passion. He even served as an art consultant to Sears in the early 1960s, on a line of artworks for sale. A popular lecturer on art, Price also donated some of his art collection to establish the Vincent Price Gallery at East Los Angeles College. Also a devoted foodie, Price co-wrote several cookbooks.

One of Price’s final roles was in Tim Burton’s Edward Scissorhands (1990). In the film, he plays a gentle version of Dr. Frankenstein, who creates a teenage boy (Johnny Depp). Price’s character dies before he finishes his work, leaving the boy with metal scissors for hands.

Around this time, the veteran actor discovered that he had lung cancer. He died of the disease on October 25, 1993, at his Los Angeles home. Predeceased by his third wife, actress Coral Browne, Price was survived by his two children—Vincent Barrett Price, his son from first wife Edith Barrett, and daughter Victoria, from his second marriage to Mary Grant. Victoria Price later wrote a biography on her father. In an interview with the Los Angeles Times, she described him as “a lovely, sweet man,” who was “larger than life”—a far cry from the villains that Price played on the big screen.