Last night, I had a dream where my teeth were falling out repeatedly. I know that this is a common theme, but I could not remember what this dream was supposed to symbolize. As everyone probably knows, I believe in basically nothing, I believe in fortune cookies more than I do in Karma, dreams, or any white-bearded sky god. I think that people cling to explanations because the alternative is that bad things happen to good people, nothing makes sense, and organic randomness really does suck sometimes. Shit happens for no reason. I could go on and on, just follow fake god and fake jesus on twitter and they do it better. Back to teeth. So, if I appear toothless in a dream, it is supposed to signify my inability to reach my goals and advance toward my interests. Dreams of teeth falling out are rooted in fear of impotence. I can see how they can draw on that, loss of bite, loss of power. But, if I think about it, my teeth are a bit sore from yesterday’s white strips, so there’s that.

Another dream I had last night was that I was asked to go to my old job so the manager could give me a review she forgot to complete. In the dream, it did not go well. For her. Giving someone a job review that has nothing to lose never goes well for the reviewer. I think that is why they have done away with exit interviews at most places and just hand out blank pieces of paper with instructions to list the people that suck. If anything, this dream is just more about consolidating memories and making space. It’s not resolution and/or closure. Those things don’t actually exist. 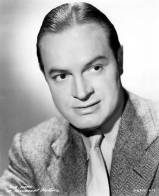 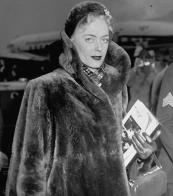 This week on Wasp & Pear on Tumblr, I posted artwork by Patrick Nagel, Keith Haring, Andy Warhol, and Aleksandr Rodchenko; photographs of abandoned buildings; photographs of classic Hollywood, vintage Seattle, and New York City; profiles of trans people; some great quotes about climate change and fire arm control; pictures of abandoned places; profiles of people that made the world a better place; and the obituary of Bunny Yeager.

This week over at @TheRealSPA on Twitter, I changed my banner image to a retrospect of Keith Haring art, I tweeted the entire transcript to the 1968 film “Boom!” (well, a link to it, but I wish I knew how to do that), a photograph of YSL (my personal style icon), a photo of me in my new glasses, and well, it goes on and on like that.  But most notably (to me), I was retweeted by the Keith Haring Foundation.  I think it is really cool, it made my week!