Yesterday was the birthday of one of America’s most living influential and innovative dancer/choreographers, Twyla Tharp.

Dancer and choreographer Twyla Tharp was born to Lucille and William Tharp on July 1, 1941, in Portland, Indiana. Lucille, a piano teacher, started Twyla on lessons when she was just a year and a half old. In 1951, Twyla and her family moved to Rialto, California. Soon after, she started dance lessons at the Vera Lynn School of Dance.

After graduating from Pacific High School, Tharp enrolled at Pomona College, where she trained as a dancer under Wilson Morelli and John Butler. Partway through her sophomore year, she transferred to Barnard College in Manhattan. There she honed her ballet skills at the American Ballet Theatre, under the tutelage of Igor Schwezoff. In New York, Tharp also studied dance under Martha Graham and Merce Cunningham. After Tharp graduated from Barnard with an art history degree in 1963, she debuted as a professional dancer with the Paul Taylor Dance Company.

The year before Tharp graduated from Barnard, she married a classmate, painter Peter Young. The marriage ended in divorce and was followed by Tharp’s second marriage, to artist Bob Huot. Tharp and Huot’s marriage too ended in divorce, but resulted in the birth of Tharp’s only child, a son named Jesse.

When Tharp was 23 years old, she started her own dance company. After struggling initially, the Twyla Tharp Dance Company took off in the early 1970s, with works such as Time Goes By (1973). Her first work to hit the Broadway stage was 1980’s When We Were Very Young. Tharp danced for the company until the mid-1980s, at which time she took a break from dancing to focus on choreographing—not only for the Twyla Tharp Dance Company, but also for movies and television. In 1987 the company temporarily disbanded.

Tharp returned to dancing in 1991, and published her autobiography, Push Comes to Shove, the following year. In 1995 she rejoined the American Ballet Theatre as a choreographer, and staged a revision of American We (1995) and The Elements.

The revitalized Twyla Tharp Dance Company launched a wildly successful global tour from 1999 to 2003. In 2006, Tharp saw another of her pieces make it to Broadway: The Times They Are A-Changin’, inspired by Bob Dylan’s music. 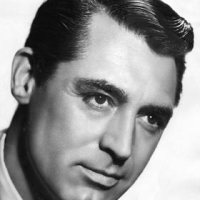