Today is the 119th birthday of Paul Muni.  He has probably one of the best ‘before’ names in Hollywood History. 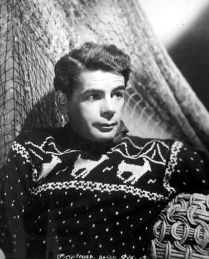 BEST KNOWN FOR: American actor Paul Muni is best known for his film and stage portrayals of noted historical figures. He was nominated five times for the Academy Awards.

Paul Muni was born on September 22nd, 1895 in Lenberg, Galicia in Austria-Hungary with the birth name Meshilem Meier Weisenfreund to parents Salli and Phillip Weisenfreund, both of whom were actors.

His family moved to the United States in 1902, where he attended school in the public school system in Cleveland and in New York. At the young age of twelve he worked on a stage production of, Seven Faces where he portrayed an eighty year old man and played seven different characters.

When he completed high school he joined the Yiddish Art Theatre in New York and studied there for four years. He then went on to work on Yiddish stage plays making his stage debut in 1907. It was not until 1926 that he transferred over to doing American stage plays having his first English language role. In 1928, he was discovered by Fox.

His first screen role in English was on the film, The Valiant (1929) also with Marguerite Churchill and Johnny Mack Brown, in which he was one of only six actors total to receive an Academy Award nomination for Best Actor for his first screen appearance. However, this film along with his next were both unsuccessful box office films and therefore, Muni returned back to Broadway to work on stage on the play, Counselor at Law.

In 1932, Muni decided to give films another chance and went back to Hollywood working on two films, Scarface also starring George Raft, Ann Dvorak, Tully Marshall and Boris Karloff and I Am a Fugitive from a Chain Gang (both 1932) starring with Glenda Farrell, Preston Foster and Sally Blane in which for the latter role he received his second Academy Award nomination for Best Actor.

He was soon signed to a long contract with Warner Brothers studios who were so highly impressed with his talents. He became one of their most prestigious actors. They actually allowed him to choose which parts he wanted in various films.

Muni had such an influential impact on Warner Brothers that in 1935, they agreed to produce a historical biography called, The Story of Louis Pasteur (1936) also starring Anita Louise, Akim Tamiroff, Dickie Moore, Donald Woods and Josephine Hutchinson, which was his idea, a huge success and earned Mini an Oscar for his performance.

During the late 30’s and early 40’s, Muni took on a couple more roles in films such as, The Good Earth (1937) also starring Academy Award winner for Best Actress Luise Rainer, A Song to Remember (1945) also starring Cornel Wilde, Merle Oberon and Nina Foch and Angel on My Shoulder (1946) co-starring Anne Baxter and Claude Rains. He was really beginning to fade himself out of the film industry as he was quite dissatisfied with Hollywood.

He focused the remainder of his career working back as a stage actor and won a Tony Award for Best Performance by a Leading Actor in a Play for his role in Inherit the Wind (1956).

Muni retired from acting not by choice, but more due to failing health reasons after his final appearance in, The Last Angry Man (1959) starring alongside David Wayne, Betsy Palmer, Billy Dee Williams and Godfrey Cambridge in which he received an Oscar nomination for. He suffered throughout his entire life from a rheumatic heart.

Muni was married only once to Bella Muni on May 8th, 1921 and they remained together until he passed away on August 25th, 1967 in Montecito, California from heart problems at the age of seventy one. He is interred at Hollywood Memorial Cemetery in Hollywood, California and was honored with a star on the Hollywood Walk of Fame for his contribution to the Motion Picture Industry.