I remember first seeing Margaret Cho on TV, it was a stand up routine and they played it often on some cable channel.  There was a part about her brother being a born-again-christian surfer and of course, her mother.  I have loved her ever since.  Today is her 46th birthday.  Since I normally chronicle either people a lot older or dead people, I usually don’t include their various social media platforms, but Margaret is alive and creating content constantly.  I love her podcast and her Youtube channel.  Coincidentally, yesterday, Margaret followed be back on Twitter.  Little old me.  So for her birthday, click on her clicks and follow/like/ingest and wish her a happy birthday. 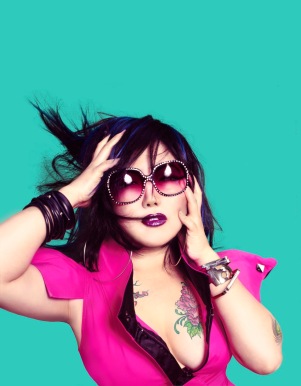 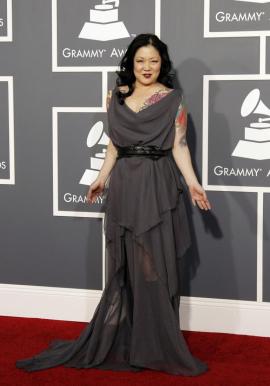 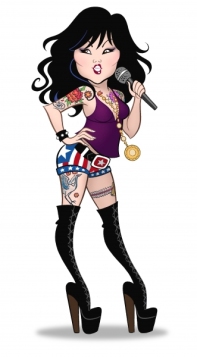 BEST KNOWN FOR: Margaret Cho is a Korean-American comic best known for her candid comedy, TV roles and advocacy.

Margaret Cho was born on December 5, 1968 and raised in San Francisco. Her career as a viciously sharp-tongued and unfiltered stand-up comedian began in her teen years. By her 20s, this Korean-American performer found herself starring in her own short-lived TV sitcom, All-American Girl. Since then, Cho has been the highlight of many comedy specials, tours and albums, as well as films and books. Her reign entertaining TV audiences has continued, too, with Dancing with the Stars, Drop Dead Diva and 30 Rock. When not cracking up the masses, this funny lady focuses her energies on advocating for gay rights and fighting racism and sexism.

Born Margaret Moran Cho on December 5, 1968, Margaret Cho grew up on San Francisco’s Haight Street during the 1970s. “There were old hippies, ex-druggies, burnouts from the ’60s, drag queens and Chinese people,” the Korean-American comic said of her official site. Her upbringing provided plenty of fodder for Cho’s early standup days. Her first comedic inspiration may have been her father, who once wrote Korean jokes books.

Humor definitely helped a pubescent Cho deal with teenage angst and bullying. She started doing standup at age 14, and by the 1990s, she had moved to Los Angeles, where her comic career gained traction. Cho’s first nighttime gig was on The Arsenio Hall Show. She became known for her outspoken and sometimes crude routines, as well as an ability to shed light on prejudices and stereotypes, especially those relating to gays, women and Asian-Americans.

Cho followed in the footsteps of other comedians by eventually earning her own TV sitcom: All-American Girl debuted on ABC in 1994, and was based on Cho’s real life as a rebellious Korean-American young woman amidst more traditional relatives. The series was groundbreaking, as it was the first primetime show to focus on an Asian-American family. While it was supposed to be her real big break, Cho has always been quite vocal over her dissatisfaction with the show, especially with, as she calls it, the network haranguing her to “act more Asian” and lose weight. In fact, Cho has often recalled publicly how she wound up with kidney failure after starving herself for her series.

Despite the cancelation of All-American Girl after only 19 episodes, Cho’s comic career continued to soar, especially after her critically acclaimed off-Broadway show, I’m the One that I Want, which was also developed into a concert film. Her Notorious C.H.O. performance at Carnegie Hall led to another smash film. The tours and taped specials haven’t stopped since, nor has Cho’s interest in TV stardom. She took another stab at her own program in 2008: VH1’s The Cho Show was a scripted reality approach to the comic’s life, featuring her real life entourage and parents. The following year, she was cast on Lifetime’s hit show, Drop Dead Diva, as lead actress Brooke Elliot’s assistant sidekick—a role that Cho has continued for four seasons.

Filmed at the Seattle Paramount: