I adore The Thin Man films, their snappy dialogue delivered at break-neck speed, their sets and cinematography, their clothes, everything.  It is the period in Hollywood where all the actors cultivated a very distinct mid-century mid-atlantic accent that I would absolutely love to have.  Desk Set is another amazing example.  The Thin Man series is the cinematic equivalent of those detective novels that always have the same basic plot, but keep their audiences coming back because the characters are so irresistible. They feel like old friends – or at least, the kind of rich, amusing, good-looking and well-dressed friends we wish we had. 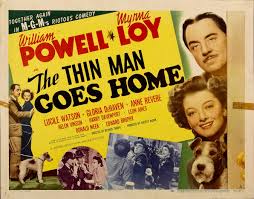 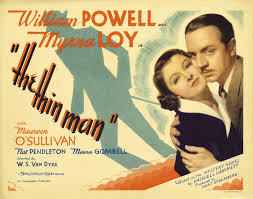 Nick Charles (Powell), a retired detective, and his wife Nora (Loy) are attempting to settle down when he is pressed back into service when a friend disappears after a murder. The friend, Clyde Wynant (Ellis) (the eponymous “thin man”), has mysteriously vanished. When his former secretary and love interest, Julia Wolf, is found dead, evidence points to Wynant as the prime suspect, but his daughter Dorothy (O’Sullivan) refuses to believe that her father is guilty. She convinces Nick to take the case, much to the amusement of his socialite wife. The detective begins to uncover clues and eventually solves the mystery of the disappearance through a series of investigative steps.

The murderer is finally revealed in a classic dinner-party scene that features all of the suspects. A skeletonized body, found during the investigation, had been assumed to be that of a “fat man” because it is wearing oversize clothing. The clothes are revealed to be planted, and the identity of the body is accurately determined by an old war wound to the leg. It turns out that the body belongs to a “thin man” — the missing Wynant. The double murder has been disguised in such a way as to make it seem that Wynant is the killer and still alive. The real killer was the attorney, who stole a lot of money from Wynant and killed him on the night he was last seen.

The entire film was shot in twelve (out of fourteen) days. The film was released on May 25, 1934, only four months after the release of the book, which had been released in January 1934.

The film was such a success that it spawned five sequels: 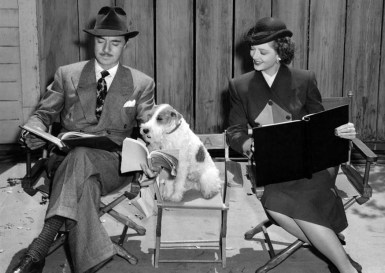 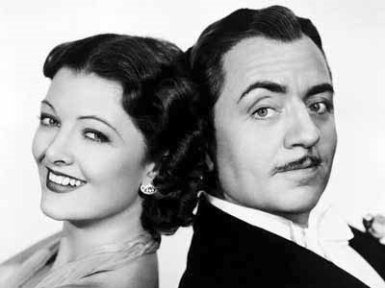 In 2002, critic Roger Ebert added the film to his list of Great Movies. Ebert praises William Powell’s performance in particular, stating that Powell “is to dialogue as Fred Astaire is to dance. His delivery is so droll and insinuating, so knowing and innocent at the same time, that it hardly matters what he’s saying.”

In 1997, the film was added to the United States National Film Registry having been deemed “culturally, historically, or aesthetically significant.” In 2000 American Film Institute designated the film as one of the great comedies in the previous hundred years of cinema.

In the 1976 comedy spoof movie Murder by Death, the characters of Nick and Nora Charles became Dick and Dora Charleston, played by David Niven and Maggie Smith. The 1979-1984 ABC television weekly romantic detective series Hart To Hart also mimicked the central conceit. It starred Robert Wagner, Stefanie Powers and Lionel Stander. In the 11th episode of the 2 season of the series, “Slow Boat to Murder“, there is also a scene where the Harts watch the film on TV.