Today is the 114th birthday of one of the greatest actors of the golden age of Hollywood:  Clark Gable.  Do yourself a favor and watch one of his movies soon, if you can’t decide which one, watch “The Misfits.”  It was written by Arthur Miller, directed by John Huston and also stars Marilyn Monroe, Montgomery Clift, Thelma Ritter and Eli Wallach.  “The Misfits” was the final screen appearance of both Gable and Monroe.  The world is a better place because he was in it and still feels the loss that he has left. 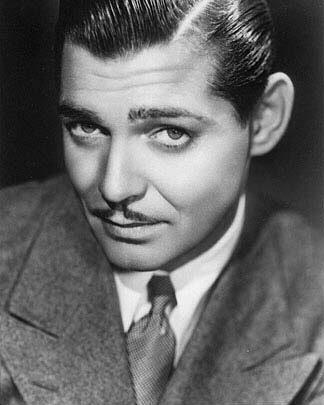 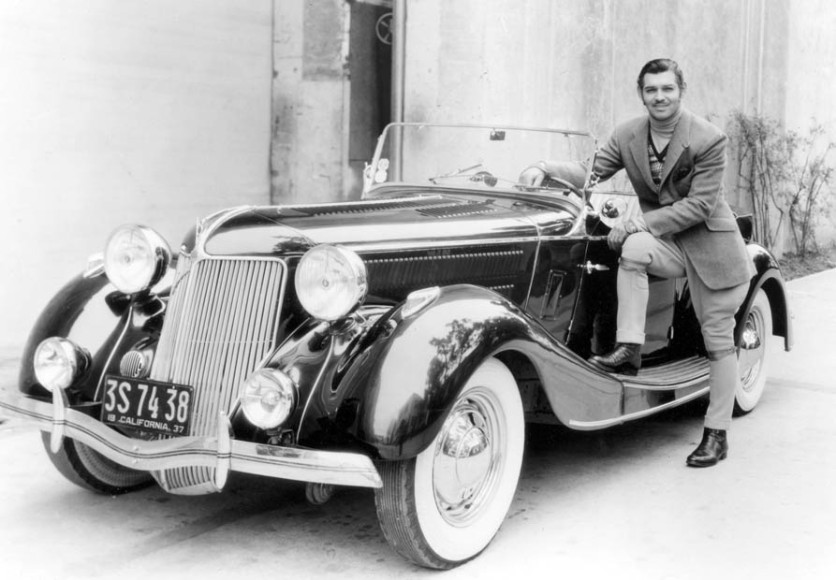 Best Known For:  Dubbed “King of Hollywood,” Gone with the Wind actor Clark Gable epitomized Hollywood’s Golden Age, and was a legend for his on- and off-screen romances.

William Clark Gable was born February 1, 1901, in Cadiz, Ohio. His father was an oil driller and farmer; his mother died when he was an infant.

Gable dropped out of high school at 16 and went to work at a tire factory in Akron, Ohio. One evening he saw a play and enjoyed it so much that he decided to become an actor. He tried to work his way in by taking an unpaid job with a theater company, but his dream was temporarily derailed when his stepmother died in 1919 and he went to help his father in the oilfields of Oklahoma.

After three years there, he joined a traveling theater company, which quickly went bankrupt, leaving Gable stranded in Montana. He hitchhiked to Oregon and joined another company, where he met Josephine Dillon, the theater manager. Dillon, a former actress and respected theater teacher 17 years his senior, took an interest in Gable. She became his acting coach and paid to have his teeth fixed and his hair and eyebrows styled. Before long they were married, and Gable and Dillon moved to Hollywood, California.

Gable worked as an extra in Hollywood before turning his attention to the theater, first in traveling productions and then in the Broadway play Machinal, for which he got good reviews. After it wrapped, he returned back to California and appeared in a stage production of The Last Mile.

Back in Hollywood, Gable was rejected at screen tests because casting agents thought his ears were too big for a leading man. He managed to land his first speaking role in a movie in The Painted Desert in 1931, and after seeing him on the big screen, MGM offered him a contract. His first leading role was in Dance, Fools, Dance, with Joan Crawford. Gable was a hit, and the studio began casting him as a roughneck villain opposite starlets including Jean Harlow, Greta Garbo and Norma Shearer. By year’s end, he had made a dozen films and launched his career as a leading man. Ultimately, though, he became sick of playing the bad guy and made his displeasure known.

During the filming of Dancing Lady in 1933, Gable developed pyorrhea, an infection in his gums that required immediate removal of nearly all his teeth. The infection spread through his body and reached his gallbladder, and he was hospitalized. Because of delays in filming and necessary reshoots due to Gable’s illness, the film ran $150,000 over budget. When he returned to work, MGM loaned him to the then-low-budget Columbia Pictures for a Frank Capra comedy, It Happened One Night. It was widely rumored to have been punishment for either his bad attitude about his parts or the difficulty in shooting his last film, but in truth, MGM simply didn’t have a project for him. He ended up winning an Academy Award for It Happened One Night, and having shown his range, began being cast in a wider variety of roles.

By now, Gable was one of the biggest stars in Hollywood, and he churned out a series of successful movies like Boomtown, San Francisco and Mutiny on the Bounty. In 1939 he appeared as Rhett Butler in his best-known film, the civil-war epic Gone with the Wind. He was dubbed the “King of Hollywood,” and was a symbol of masculinity, admired by men and adored by women.

Then, during filming of Somewhere I’ll Find You with Lana Turner in 1942, tragedy struck. Carole Lombard, Gable’s third wife and the love of his life, died in a plane crash. He was devastated. Disconsolate, he enlisted in the Army Air Force at age 41. He served as a tail-gunner on five bombing missions over Germany and made a propaganda film for the Army.

After his discharge in 1944, he returned to the big screen in Adventure. Though it was a lackluster flick, Gable’s return to film had people flocking to the box office. He continued to make movies with MGM, including Mogambo with Ava Gardner and Grace Kelly, but his career never regained the same momentum. Still, when his studio contract expired in 1954, he became the highest-paid freelance actor of his day.

Gable’s status as a legend carried him, and he consistently made at least one movie a year, most notably Soldier of Fortune and The Tall Men. He gave what is considered to be one of his finest performances in The Misfits with Marilyn Monroe and Montgomery Clift, but he never got to enjoy its success: Two days after they completed filming, Clark Gable suffered a heart attack. He died November 16, 1960.

Gable was a ladies’ man both on and off screen, and he was married five times over the course of his life. His wives included his first theater director Josephine Dillon, socialite Rhea Langham, actress Carole Lombard, Lady Sylvia Ashley and actress Kay Williams Spreckels. Spreckels and Gable had one son, John Clark Gable, who was born after Gable’s death.