There are films that I sometimes cannot tell if they are great because they are so bad or just great.  This is one of those.  I mean, everyone knows it is great, the acting is turned up to 150% and everything is just a bit more than normal.  The subject matter is exceptionally fascinating because it pulls back the curtain just a bit on Hollywood and the film industry.  But the acting, it has got to be the acting.  Indescribable.  If you haven’t seen it, you need to (it is required viewing) and if you haven’t seen it lately, revisit it. 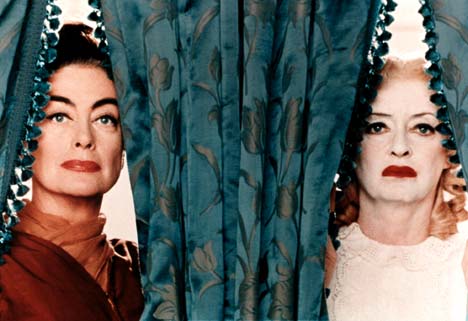 What Ever Happened to Baby Jane? is a 1962 American psychological thriller film produced and directed by Robert Aldrich, starring Bette Davis and Joan Crawford. The screenplay by Lukas Heller is based on the novel of the same name by Henry Farrell. In 2003, the character of Baby Jane Hudson was ranked #44 on the American Film Institute’s list of the 50 Best Villains of American Cinema. 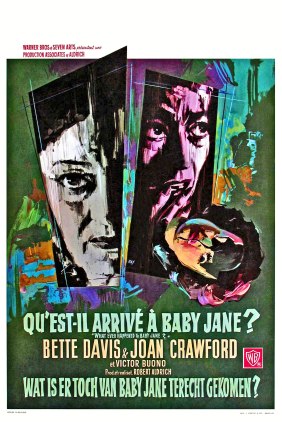 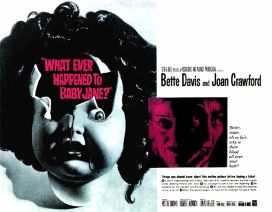 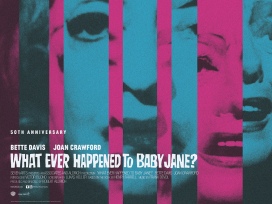 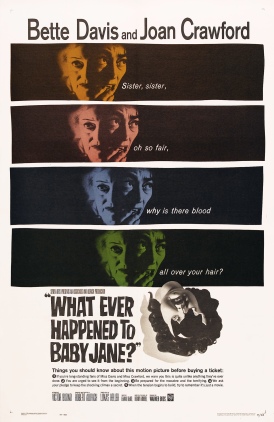 The film was nominated for five Academy Awards, winning one for Best Costume Design, Black and White.