Today is the 87th birthday of James Garner.  For the most part, when left to my own devices, my TV viewing style is very similar to what my grandfather’s must have been in 1978:  Rockford Files, Columbo, Quincy ME.  But seriously, have you seen the Rockford Files lately?  Not only does it show parts of downtown Los Angeles that is completely unrecognizable today, but James Garner is brilliant.  The world is a better place because James Garner was in it and still feels the loss that he has left.

BEST KNOWN FOR: James Garner was an actor known for his lead roles in the TV shows “Maverick, “The Rockford Files” and for films including “The Notebook.”

Born James Scott Bumgarner on April 7, 1928 in Norman, Oklahoma, James Garner’s early childhood in the Great Depression-era Dust Bowl was marked by hardships. He is the youngest of three sons. When he was only four years old, he lost his mother, Mildred Bumgarner, who was half-Cherokee. His father, Weldon Warren “Bill” Bumgarner, eventually abandoned James and his brothers Charles and Jack, leaving them in the care of relatives. The Bumgarner boys reunited with their father after Bill remarried a few years later. But their home life was far from happy, as their new stepmother was physically and verbally abusive to her stepsons. She and Weldon Bumgarner eventually divorced.

Remaining in Oklahoma when his father moved to Los Angeles, James Garner soon dropped out of school. At age 16, he lied about his age in order to join the Merchant Marine during the last year of World War II. After that, he decided to try living in California with his father, during which time he briefly attended Hollywood High School. But Garner didn’t finish school there, either, abandoning his classes to take a job as a model for Jantzen bathing suits. “I made 25 bucks an hour!” he remembered. “That’s why I quit school. I was making more money than the teachers.”

It didn’t last long, though. In 1950, Garner became the first Oklahoman drafted into the United States Army during the Korean War. Two battlefield injuries and Purple Hearts later, Garner returned to the United States. Although he never finished high school, he did earn his GED.

Finally, Garner stumbled into acting. Approached by a talent agent friend and lured by the prospect of a new job, Garner took a small role as a judge in a Broadway production of The Caine Mutiny Court Martial. Although Garner spent most of his time in the background, his participation gave him ample time to learn from the show’s legendary lead actor: Henry Fonda. Through watching Fonda, and because he occasionally had the opportunity to read lines during rehearsals, Garner began internalizing what it took to be an actor. 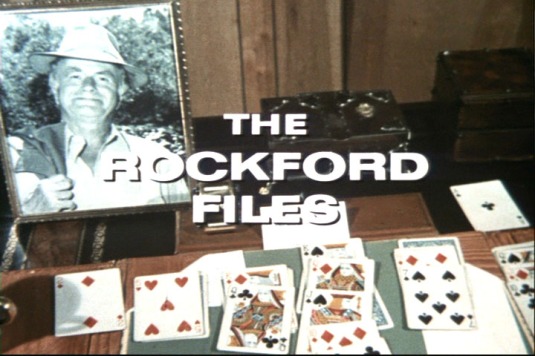 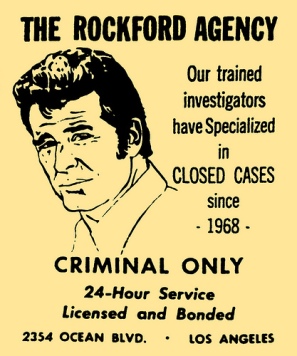 Thanks to that role, Warner Bros. offered him a film contract in 1956. Unlike many future stars, though, Garner always viewed acting as a way to make a living, instead of as a dream fulfilled. “I’m a Spencer Tracy-type actor,” Garner said. “His idea was to be on time, know your words, hit your marks and tell the truth.” Garner’s lunch-bucket approach worked well enough; the actor landed several supporting roles in films, including Sayonara (1957) starring Marlon Brando. His big break was just around the bend. (Meanwhile, Warner Bros. started billing him as Garner instead of Bumgarner, without ever asking for his permission.)

Garner’s acting career really picked up when he was awarded the lead role in a Western television series called Maverick, in which he played the title character, Bret Maverick, from 1957-60. The fact that he was already under contract for a regular (and relatively low) fee may have had something to do with the studio’s decision to cast him; at least, Garner seemed to think so. Westerns were big on American television in this period, and Maverick was initially conceived to be typical of the genre. Over time, though, the show found its niche by painting Garner’s character as somewhat lazy and unwilling to be bothered, yet nonetheless essentially good-hearted and effective at catching the bad guys. Fans embraced the show’s gentle mockery of Western conventions and Garner’s likeable, unconventional character.

Just as he was getting his first taste of what it was like to play a lead role, Garner was also learning about a darker side of the entertainment business. His tenure on Maverick ended with a successful lawsuit against Warner Bros. During a writers’ strike in 1960, the studio suspended Garner without pay, claiming that they had no scripts to work from, so they couldn’t pay him. A judge sided with Garner; it turned out that the company had plenty of writers writing plenty of scripts during the period, so they had breached Garner’s contract by suspending him without pay.

Actually quite happy to be out of his low-paying contract with Warner Bros., Garner moved on, appearing in such feature films as The Great Escape (1963), The Americanization of Emily (1964) and Grand Prix (1966). It was only when he returned to television, though, that his career reached another high point.

Garner attained small-screen fame once again as Jim Rockford, a private detective, in the series The Rockford Files (1974-80). Much like Maverick, the series presented a subtle parody of its own genre headed by a likeable anti-hero. Again, too, Garner’s tenure on the series would end in a lawsuit. Strenuous production work had aggravated his old Korean War injuries and left him with several new ones, so Garner tried to leave the show. NBC wanted him to fulfill his contract, so he took parts on a couple of short-lived Maverick spin-offs, but those fizzled. Garner ended up suing NBC for cheating him out of his fair share of the profits from The Rockford Files. Garner won the suit, receiving an undisclosed sum from NBC. During the 1970s, Garner also became recognizable for the Polaroid ads he appeared in with Mariette Hartley.

In the 1980s, Garner returned to the big screen. He appeared alongside Julie Andrews in the Oscar-winning Victor Victoria (1982) and was nominated for an Oscar himself for Murphy’s Romance (1985), in which he starred opposite Sally Field. Garner also acted in several television movies, racking up awards nominations and winning a best actor Golden Globe for Decoration Day (1990). In 1990, Garner received a star on the Hollywood Walk of Fame. Despite this success, the decade also presented major challenges: Garner underwent quintuple bypass heart surgery around the same time.

James Garner continued his acting career well into the 2000s, signing for a major role on the ABC sitcom 8 Simple Rules after the untimely death of its original male lead, John Ritter. Garner took a supporting role in the film Divine Secrets of the Ya-Ya Sisterhood (2002), and played a husband whose wife is sick with Alzheimer’s in 2004’s The Notebook. That same year, Garner was nominated for a Screen Actors Guild Best Supporting Actor Award, and awarded the SAG Life Achievement Award. According to SAG President Melissa Gilbert, Garner “is a man who has served his peers, his community and his country with integrity and quiet generosity. He epitomizes class, style, wit, and depth. He serves as a role model for all of America’s actors.”

Garner’s career has been one of the longest in Hollywood, and his marriage has lasted nearly as long. Garner married Lois Clarke on August 17, 1956. The pair met at a rally for presidential candidate Adlai Stevenson. The couple had only known each other a few weeks before tying the knot. Garner adopted Clarke’s daughter from her previous marriage, a then-nine-year-old named Kimberly. Garner and Clarke also have a daughter of their own, Greta (known as Gigi), born in 1958.

Despite suffering a stroke in 2008, James Garner remained relatively healthy and remained one of the most liked and best-respected actors in the history of television. Perhaps his success has had something to do with his insistence on viewing acting as a job, rather than pursuing celebrity for its own sake. He nearly declined the SAG Life Achievement Award, making the excuse that he disliked public speaking: “It scares the devil out of me.” When he finally accepted, he said of his speech, “Well, this will be shorter than others.” True of his speech, perhaps—but, fortunately for fans, certainly not true of his career. Garner died on July 19, 2014 at the age of 86.