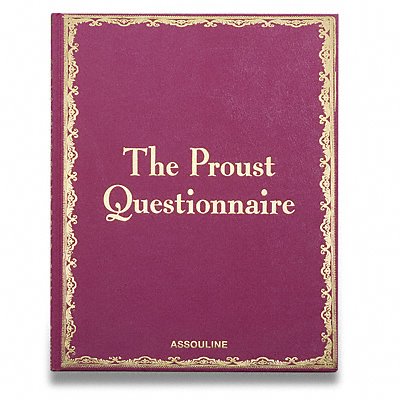 In a nod to Inside The Actor’s Studio, I will answer some questions.  The questionnaire concept was originated by French television personality Bernard Pivot, after the Proust Questionnaire.
What is your idea of perfect happiness? A hot cup of coffee, empty early morning city streets, a walk with Rick and Scraps.
What is your greatest fear? Not leaving it better than when I found it.What is the trait you most deplore in yourself? Impatience.

What is the trait you most deplore in others? Apathy.

Which living person do you most admire? Jimmy Carter.

What is your greatest extravagance? Cosmoseuticals.

What is your current state of mind? Anxious optimism.

What do you consider the most overrated virtue? Mercy, probably.

On what occasion do you lie? When my opinion is requested regarding someone’s appearance.

What do you most dislike about your appearance? My hairline.

Which living person do you most despise? I forget their names. They deserve to be forgotten.

What is the quality you most like in a man? Understanding.

What is the quality you most like in a woman? Bravery.

Which words or phrases do you most overuse? People who listen to me should answer this question. Maybe “can I email you your receipt?”

When and where were you happiest? Here and now.

Which talent would you most like to have? To sing.

If you could change one thing about yourself, what would it be? My hairline.

What do you consider your greatest achievement? Becoming closer to being the type of person I would be proud of.

If you were to die and come back as a person or a thing, what would it be? Probably a Chinese peasant, statistically speaking. If I could choose what to come back as, it would be a gay couple’s rescue dog.

Where would you most like to live? New York City. Paris. Buenos Aires. Los Angeles. Seattle. Stockholm. Madrid.

What is your most treasured possession? I cannot think of anything, which is probably a good thing. It means that I am not irrationally attached to physical possessions.

What do you regard as the lowest depth of misery? Apathy. Indifference.

What is your favorite occupation? Barista.

What is your most marked characteristic? My natural pearly-white smile.

What do you most value in your friends? Conversation. Comfort.

Who is your hero of fiction? Nick Carraway from The Great Gatsby.

Which historical figure do you most identify with? Tsar Nicholas II

Who are your heroes in real life? Jimmy Carter. Bill Clinton.

What are your favorite names? Ivan. Alfa. Waldina.

What is it that you most dislike? Eggplant Parmesan.

What is your greatest regret? Wasting time on regrets.

How would you like to die? Getting hit by a bus while jogging at 125 years old.

What is your motto? Hic Sunt Leones. It is Latin for here there are lions, mostly used on the uncharted territories of old maps.