Today is the 78th birthday of the actress Sandy Dennis.  She has filmed some incredible performances, she has received awards, but not enough recognition for her work.  The world is a better place because she was in it and still feels the loss that she has left. 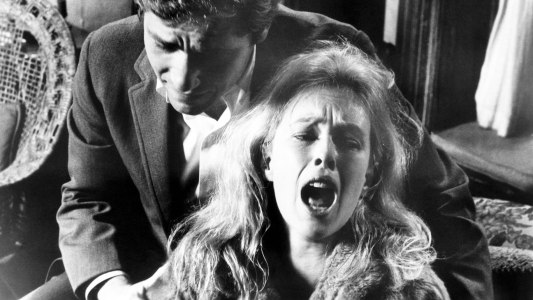 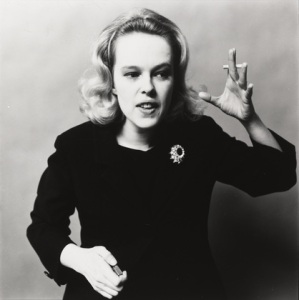 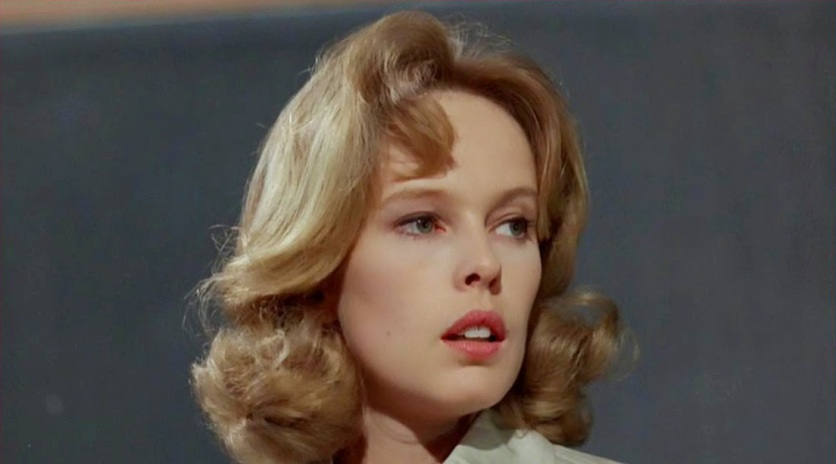 BEST KNOWN FOR: American theater and film actress. At the height of her career in the 1960s she won two Tony Awards, as well as an Oscar for her performance in Who’s Afraid of Virginia Woolf?.

Dennis made her television debut in 1956 in The Guiding Light. In 1963, she appeared in the The Fugitive, which starred David Janssen, in the episode “The Other Side of the Mountain.” In 1964, she appeared in the television episode “Don’t Mention My Name in Sheboygan” of Craig Stevens‘s CBS drama, Mr. Broadway. Her film debut was the role of Kay in Splendor in the Grass (1961). However, she was more committed to following a career in the theater. She won consecutive Tony Awards for her performances in A Thousand Clowns (1963) and Any Wednesday (1964). She won the Oscar for Best Supporting Actress for her role as Honey, the fragile, neurotic young wife of George Segal‘s character, in Who’s Afraid of Virginia Woolf? (1966). She followed this with well-received performances in Up the Down Staircase (1967), The Fox (1967), Sweet November (1968) and The Out-of-Towners (1970), although her performance in Nasty Habits (1977) drew harsh criticism from Vincent Canby in the New York Times, who wrote: “Miss Dennis, mugging outrageously and badly, gives the kind of performance that, 40 years ago, would have sent her to bed without her supper. It’s rude, show-offy and, worse, it’s incompetent. Watching her do a double-take is like watching a small tug trying to work the QE2 into her Hudson River berth in a gale.”

In 1963, she appeared in the Naked City episode “Carrier”, as the bearer of a rare disease.

In 1974 she played Joan of Arc in the pilot of Witness to Yesterday, Canadian Patrick Watson‘s series of interviews with great figures out of the past.

A life member of The Actors Studio and an advocate of method acting, Dennis was often described as neurotic and mannered in her performances; her signature style included running words together and oddly stopping and starting sentences, suddenly going up and down octaves as she spoke, and fluttering her hands. Walter Kerr famously remarked that she treated sentences as “weak, injured things” that needed to be slowly helped “across the street”; Pauline Kael said that she “has made an acting style of postnasal drip.” Nonetheless, William Goldman, in his book The Season, referred to her as a quintessential “critics’ darling” who got rave reviews no matter how unusual her acting and questionable her choice of material. During her stint in Any Wednesday, Kerr said the following: “Let me tell you about Sandy Dennis. There should be one in every home.”

Sandy Dennis, along with Anne Bancroft, Zoe Caldwell, Viola Davis, Colleen Dewhurst, Maureen Stapleton, Irene Worth, and Audra McDonald are the only women who have won Tony Awards for both Best Actress in a Play and Best Featured Actress in a Play.

Her last significant film roles were in Alan Alda‘s The Four Seasons (1981) and Come Back to the Five and Dime, Jimmy Dean, Jimmy Dean (1982). In 1991, she played a leading role in the film The Indian Runner, which marked Sean Penn‘s debut as a film director.

Dennis lived with prominent jazz musician Gerry Mulligan from 1965 until they split up in 1974. Although Mulligan often referred to Dennis as his second wife, Dennis later revealed that they had never married. She also lived with actor Eric Roberts from 1980 to 1985.

In an interview with People magazine in 1989, Dennis revealed she and Gerry Mulligan had suffered a miscarriage in 1965 and went on to say, “if I’d been a mother, I would have loved the child, but I just didn’t have any connection with it when I was pregnant … I never, ever wanted children. It would have been like having an elephant.”

Dennis has been identified as a lesbian by a number of Hollywood historians.  According to Dennis’ biographer, Peter Shelley, Eric Roberts, upon being asked if Dennis was bisexual, spoke of her telling him about her many lesbian relationships and said that she, “appreciated the beauty of women. But Sandy also liked and appreciated what a very, very young man could do to a woman, I suppose.”