Keith Haring is someone whose work you know. You have seen it everywhere from MTV in the early days to yesterday on the side of a bus. His influence and legacy are far-reaching with no visible end in sight. I remember I bought a Keith Haring shirt one summer in Traverse City Michigan, it must have been 1990. It depicted a snake getting cut in half with the words “End AIDS” running under it. I loved that shirt, it made me feel powerful and involved and it gave me a voice.  Keith would have been 57 years old today if he hadn’t died when he was 32.  The world is a better place because he was in it and still feels the loss that he has left. 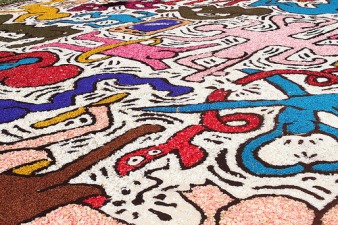 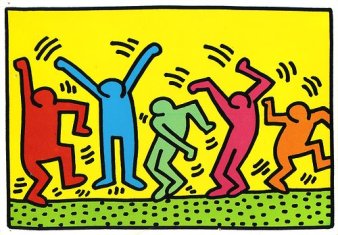 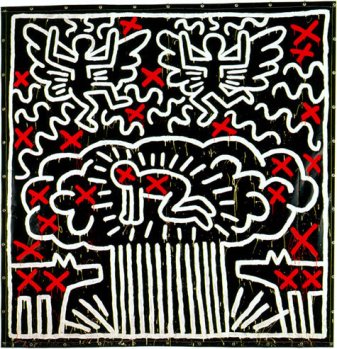 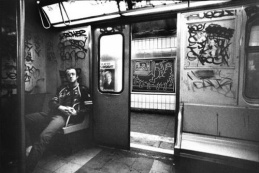 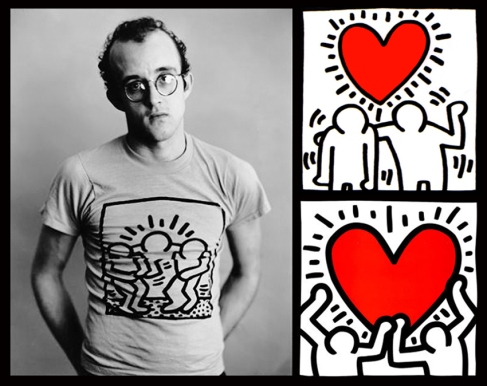 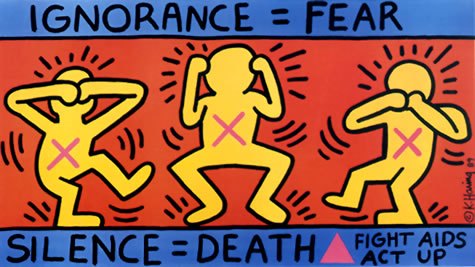 BEST KNOWN FOR: During his all-too-brief life, artist Keith Haring became a sensation in the art world with his bold, cartoon and graffiti influenced works during the 1980s.

Born on May 4, 1958, in Reading, Pennsylvania. During his all-too-brief life, Keith Haring became a sensation in the art world with his bold, cartoon and graffiti influenced works during the 1980s.

Growing up in Kutztown, Pennsylvania, he spent many hours drawing with his father. Haring was fascinated by the popular cartoon art of Walt Disney and Charles Schultz.

Haring briefly attended the Ivy School of Professional Art in Pittsburgh after graduating high school in 1976. He dropped out after two semesters. In 1978, Haring decided to return to school, moving to New York City to become a student at the School of Visual Arts. With its thriving underground art scene, New York seemed to be the perfect fit for the young artist. He began using the city as his canvas, making chalk drawings of barking dogs and babies in subway stations. He also befriended such other emerging artists as Jean-Michel Basquiat and helped organize exhibitions at nightclubs and other alternative locations.

In 1982, Haring had his first New York one-man show at the Shafrazi Gallery. Not only did he create paintings and sculptures for the show, he engulfed the entire gallery with his bold color choices and frenetic designs. A critical success, he soon became one of most popular artists of the time with exhibits in Japan, Brazil, and many other countries.

Haring collaborated with other artists and performers, including Andy Warhol and William Burroughs.

Wanting to make his art more accessible, Haring opened Pop Shop in New York City in 1986. The store sold posters, t-shirts, and other items baring his artwork and designs. He was also interested many social causes, painting an anti-drug mural that same year. In all, he did more than 50 public works and held numerous workshops for children. In 1988, Haring discovered that he had AIDS. The next year he created the Keith Haring Foundation to support AIDS organizations and children’s programs.

Haring died on February 16, 1990, of AIDS-related complications. His works continues to be exhibited around the world and many are owned by such prestigious museums as the Art Institute of Chicago, the Museum of Modern Art in New York City, and the Centre Georges Pompidou in Paris.