Today is the 121st birthday of Martha Graham.  Her contribution to dance is absolutely unparalleled, unmatched, and priceless.  Without her, the entire art form would not resemble what it does today.  The world is a better place because of Martha’s place in it and Martha will always have a place in the world.  A legacy that will live on forever.  The world is a better place because she was in it and still feels the loss that she has left.

BEST KNOWN FOR: American dancer, teacher, and choreographer Martha Graham was considered one of the foremost figures in American modern dance.

“No artist is ahead of his time. He is his time; it is just that others are behind the times.”

Born in a suburb of Allegheny (now Pittsburgh), Pennsylvania, on May 11, 1894, Martha Graham was influenced early on by her father, George Graham, a doctor who specialized in nervous disorders. Dr. Graham believed that the body could express its inner senses, an idea that intrigued his young daughter.

In the 1910s, the Graham family moved to California, and when Martha was 17, she saw Ruth St. Denis perform at the Mason Opera House in Los Angeles. After the show, she implored her parents to allow her to study dance, but being strong Presbyterians, they wouldn’t permit it.

Still inspired, Graham enrolled in an arts-oriented junior college, and after her father died, at the newly opened Denishawn School of Dancing and Related Arts, founded by Ruth St. Denis and her husband, Ted Shawn. Graham spent more than eight years at Denishawn, as both a student and an instructor.

Graham left Denishawn in 1923 to take a job with the Greenwich Village Follies. Two years later, she left the Follies to broaden her career. She took teaching positions at the Eastman School of Music and Theater in Rochester, New York, and the John Murray Anderson School in New York City to support herself.

In 1926, she established the Martha Graham Dance Company. Its incipient programs were stylistically similar to those of her teachers, but she quickly found her artistic voice and began conducting elaborate experiments in dance.

Ever more bold, and illustrating her visions through jarring, violent, spastic and trembling movements, Graham believed these physical expressions gave outlet to spiritual and emotional undercurrents that were entirely ignored in other Western dance forms. The musician Louis Horst came on as the company’s musical director and stayed with Graham for nearly her entire career. Some of Graham’s most impressive and famous works include “Frontier,” “Appalachian Spring,” “Seraphic Dialogue” and “Lamentation.” All of these works utilized the Delsartean principle of tension and relaxation — what Graham termed “contraction and release.”

Despite the fact that many early critics described her dances as “ugly,” Graham’s genius caught on and became increasingly respected over time, and her advances in dance are considered by many to be an important achievement in America’s cultural history.

Graham continued to dance into her 60s and choreographed until her death on April 1, 1991, leaving behind a legacy of inspiration not only for dancers but for artists of all kinds.

In Blood Memory she wrote:

It wasn’t until years after I had relinquished a ballet that I could bear to watch someone else dance it. I believe in never looking back, never indulging in nostalgia, or reminiscing. Yet how can you avoid it when you look on stage and see a dancer made up to look as you did thirty years ago, dancing a ballet you created with someone you were then deeply in love with, your husband? I think that is a circle of hell Dante omitted.

[When I stopped dancing] I had lost my will to live. I stayed home alone, ate very little, and drank too much and brooded. My face was ruined, and people say I looked odd, which I agreed with. Finally my system just gave in. I was in the hospital for a long time, much of it in a coma. 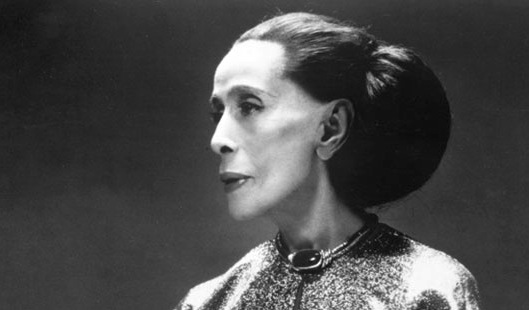