Today is the 91th birthday of Eva Marie Saint.  If ever asked to pick my favorite “Hitchcock Blonde,” I would have a very hard time picking just one. Eva Marie Saint is one of them for sure, maybe the first. Her cool sexiness in North by Northwest is par none. My sister and I must have watched that film at least 25 times after school, it was the beginning of my obsession with Mid Century everything and that amazing Paramount VistaVision! You should also watch On The Waterfront to truly see her range, it is her first film and beyond legendary.  The world is a better place because she is in it. 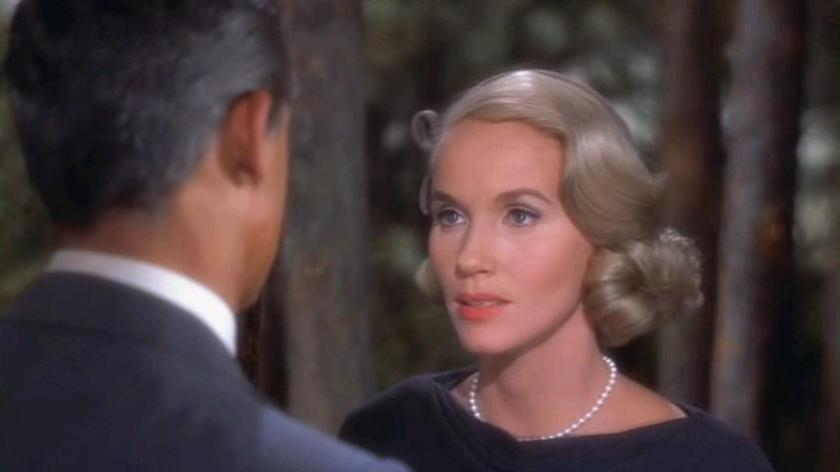 Eva Marie Saint (born July 4, 1924) is an American actress who has starred in films, on Broadway, and on television in a career spanning seven decades. She won an Academy Award for Best Supporting Actress for her performance in the drama film On the Waterfront (1954), and later starred in the thriller film North by Northwest (1959), directed by Alfred Hitchcock. Saint received Golden Globe and BAFTA award nominations for the drama film A Hatful of Rain (1957) and won an Emmy Award for the television miniseries People Like Us (1990). Her film career also includes roles in Raintree County (1957), Because of Winn-Dixie (2005), and Superman Returns (2006).

Saint’s first feature-film role, at age 30, was in On the Waterfront (1954), directed by Elia Kazan and starring Marlon Brando – a performance for which she won the Academy Award for Best Supporting Actress. Her role as Edie Doyle (whose brother’s death sets the film’s drama in motion), which she won over such leading contenders as Claire Trevor, Nina Foch, Katy Jurado, and Jan Sterling also earned her a British Academy of Film and Television Award nomination for “Most Promising Newcomer.” In his New York Times review, film critic Bosley Crowther wrote:

“In casting Eva Marie Saint – a newcomer to movies from TV and Broadway – Mr. Kazan has come up with a pretty and blond artisan who does not have to depend on these attributes. Her parochial school training is no bar to love with the proper stranger. Amid scenes of carnage, she gives tenderness and sensitivity to genuine romance.”

In a 2000 interview in Premiere magazine, Saint recalled making the hugely influential film:

“[Elia] Kazan put me in a room with Marlon Brando. He said ‘Brando is the boyfriend of your sister. You’re not used to being with a young man. Don’t let him in the door under any circumstances’. I don’t know what he told Marlon; you’ll have to ask him – good luck! [Brando] came in and started teasing me. He put me off-balance. And I remained off-balance for the whole shoot.”

The film was a major success and launched Saint’s movie career. She starred with Don Murray in the pioneering drug-addiction drama, A Hatful of Rain (1957), for which she received a nomination for the “Best Foreign Actress” award from the British Academy of Film and Television, and the lavish Civil War epic Raintree County (also 1957) with Elizabeth Taylor and Montgomery Clift.

Director Alfred Hitchcock surprised many by choosing Saint over dozens of other candidates for the femme fatale role in what was to become a suspense classic North by Northwest (1959) with Cary Grant and James Mason. Written by Ernest Lehman, the film updated and expanded upon the director’s early “wrong man” spy adventures of the 1930s, 1940s, and 1950s, including The 39 Steps, Young and Innocent, and Foreign Correspondent. North by Northwest became a box-office hit and an influence on spy films for decades. The film ranks number forty on the American Film Institute’s list of the 100 Greatest American Movies of All Time.

At the time of the film’s production, much publicity was gained by Hitchcock’s decision to cut Saint’s waist-length blonde hair for the first time in her career. Hitchcock explained at the time, “Short hair gives Eva a more exotic look, in keeping with her role of the glamorous woman of my story. I wanted her dressed like a kept woman – smart, simple, subtle and quiet. In other words, anything but the bangles and beads type.” The director also worked with Saint to make her voice lower and huskier and even personally chose costumes for her during a shopping trip to Bergdorf Goodman in New York City.

The change in Saint’s screen persona, coupled with her adroit performance as a seductive woman of mystery who keeps Cary Grant (and the audience) off-balance, was widely heralded. In his New York Times review of August 7, 1959, critic Bosley Crowther wrote, “In casting Eva Marie Saint as [Cary Grant’s] romantic vis-a-vis, Mr. Hitchcock has plumbed some talents not shown by the actress heretofore. Although she is seemingly a hard, designing type, she also emerges both the sweet heroine and a glamorous charmer.” In 2000, recalling her experience making the picture with Cary Grant and Hitchcock, Saint said, “[Grant] would say, ‘See, Eva Marie, you don’t have to cry in a movie to have a good time. Just kick up your heels and have fun.’ Hitchcock said, ‘I don’t want you to do a sink-to-sink movie again, ever. You’ve done these black-and-white movies like On the Waterfront. It’s drab in that tenement house. Women go to the movies, and they’ve just left the sink at home. They don’t want to see you at the sink.’ I said, ‘I can’t promise you that, Hitch, because I love those dramas.'” 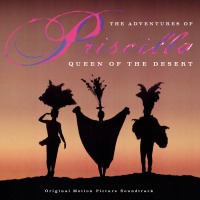