Today is the 116th birthday of the writer Ernest Hemingway.  I am currently reading “A Moveable Feast” again and really enjoying it.  It’s like visiting with an old friend and remembering things that you had all but forgotten.  Like most writing from that era, it makes me long for 1920s Paris.  The world is a better place because he was in it and still feels the loss that he has left. 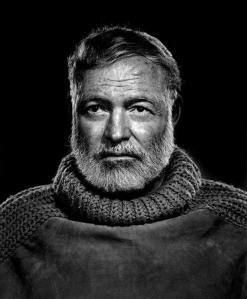 BEST KNOWN FOR: Nobel Prize winner Ernest Hemingway is seen as one of the great American 20th century novelists, and is known for works like A Farewell to Arms and The Old Man and the Sea.

Ernest Miller Hemingway was born on July 21, 1899, in Cicero (now in Oak Park), Illinois. Clarence and Grace Hemingway raised their son in this conservative suburb of Chicago, but the family also spent a great deal of time in northern Michigan, where they had a cabin. It was there that the future sportsman learned to hunt, fish and appreciate the outdoors.

In high school, Hemingway worked on his school newspaper, Trapeze and Tabula, writing primarily about sports. Immediately after graduation, the budding journalist went to work for the Kansas City Star, gaining experience that would later influence his distinctively stripped-down prose style.

He once said, “On the Star you were forced to learn to write a simple declarative sentence. This is useful to anyone. Newspaper work will not harm a young writer and could help him if he gets out of it in time.” 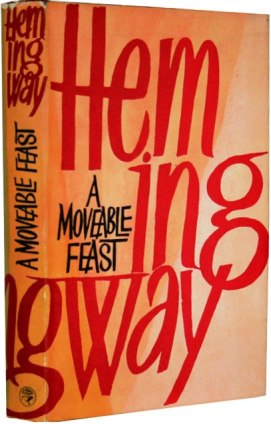 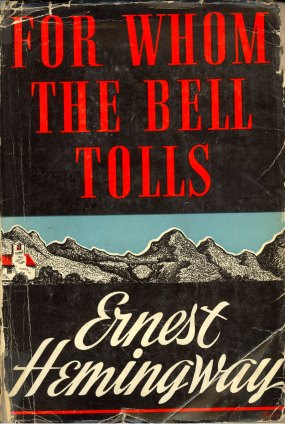 In 1918, Hemingway went overseas to serve in World War I as an ambulance driver in the Italian Army. For his service, he was awarded the Italian Silver Medal of Bravery, but soon sustained injuries that landed him in a hospital in Milan.

There he met a nurse named Agnes von Kurowsky, who soon accepted his proposal of marriage, but later left him for another man. This devastated the young writer but provided fodder for his works “A Very Short Story” and, more famously, A Farewell to Arms.

Still nursing his injury and recovering from the brutalities of war at the young age of 20, he returned to the United States and spent time in northern Michigan before taking a job at the Toronto Star.

It was in Chicago that Hemingway met Hadley Richardson, the woman who would become his first wife. The couple married and quickly moved to Paris, where Hemingway worked as a foreign correspondent for the Star.

In Paris, Hemingway soon became a key part of what Gertrude Stein would famously call “The Lost Generation.” With Stein as his mentor, Hemingway made the acquaintance of many of the great writers and artists of his generation, such as F. Scott Fitzgerald, Ezra Pound, Pablo Picasso and James Joyce. In 1923, Hemingway and Hadley had a son, John Hadley Nicanor Hemingway. By this time the writer had also begun frequenting the famous Festival of San Fermin in Pamplona, Spain.

In 1925, the couple, joining a group of British and American expatriates, took a trip to the festival that would later provided the basis of Hemingway’s first novel, The Sun Also Rises. The novel is widely considered Hemingway’s greatest work, artfully examining the postwar disillusionment of his generation.

“Grace under pressure” – Hemingway’s famous phrase in a letter to F. Scott Fitzgerald (20 April 1926), published in Ernest Hemingway : Selected Letters 1917-1961 (1981) edited by Carlos Baker. In the letter, he wrote that he was “not referring to guts but to something else.” The phrase was later used by Dorothy Parker in a profile of Hemingway, “The Artist’s Reward,” in the New Yorker (30 November 1929)

Soon after the publication of The Sun Also Rises, Hemingway and Hadley divorced, due in part to his affair with a woman named Pauline Pfeiffer, who would become Hemingway’s second wife shortly after his divorce from Hadley was finalized. The author continued to work on his book of short stories, Men Without Women.

Soon, Pauline became pregnant and the couple decided to move back to America. After the birth of their son Patrick Hemingway in 1928, they settled in Key West, Florida, but summered in Wyoming. During this time, Hemingway finished his celebrated World War I novel A Farewell to Arms, securing his lasting place in the literary canon.

When he wasn’t writing, Hemingway spent much of the 1930s chasing adventure: big-game hunting in Africa, bullfighting in Spain, deep-sea fishing in Florida. While reporting on the Spanish Civil War in 1937, Hemingway met a fellow war correspondent named Martha Gellhorn (soon to become wife number three) and gathered material for his next novel, For Whom the Bell Tolls, which would eventually be nominated for the Pulitzer Prize.

Almost predictably, his marriage to Pauline Pfeiffer deteriorated and the couple divorced. Gellhorn and Hemingway married soon after and purchased a farm near Havana, Cuba, which would serve as their winter residence.

When the United States entered World War II in 1941, Hemingway served as a correspondent and was present at several of the war’s key moments, including the D-Day landing. Toward the end of the war, Hemingway met another war correspondent, Mary Welsh, whom he would later marry after divorcing Martha Gellhorn.

In 1951, Hemingway wrote The Old Man and the Sea, which would become perhaps his most famous book, finally winning him the Pulitzer Prize he had long been denied.

The author continued his forays into Africa and sustained several injuries during his adventures, even surviving multiple plane crashes.

In 1954, he won the Nobel Prize in Literature. Even at this peak of his literary career, though, the burly Hemingway’s body and mind were beginning to betray him. Recovering from various old injuries in Cuba, Hemingway suffered from depression and was treated for numerous conditions such as high blood pressure and liver disease.

He wrote A Moveable Feast, a memoir of his years in Paris, and retired permanently to Idaho. There he continued to battle with deteriorating mental and physical health.

Early on the morning of July 2, 1961, Ernest Hemingway committed suicide in his Ketchum home.

Hemingway left behind an impressive body of work and an iconic style that still influences writers today. His personality and constant pursuit of adventure loomed almost as large as his creative talent.

When asked by George Plimpton about the function of his art, Hemingway proved once again to be a master of the “one true sentence”: “From things that have happened and from things as they exist and from all things that you know and all those you cannot know, you make something through your invention that is not a representation but a whole new thing truer than anything true and alive, and you make it alive, and if you make it well enough, you give it immortality.”