Today is the 123rd birthday of the actor William Powell.  I adore his performances in the Thin Man films and My Man Godfrey.  His mid-century mid-atlantic accent is perfection.  His life story is absolutely remarkable, the amazing women he loved that died so young and unexpectedly is heartbreaking.  The world is a better place because he was in it and still feels the loss that he has left. 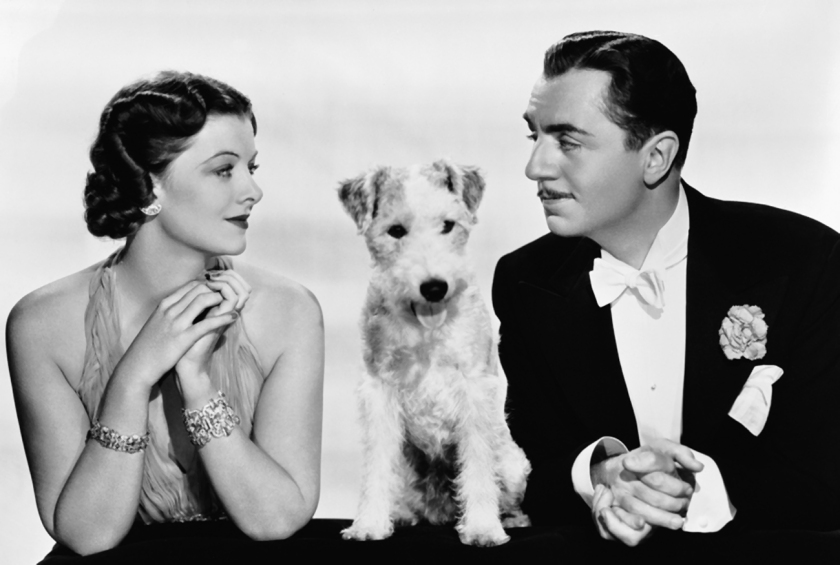 Best Known For:  William Powell was a baritone-voiced actor remembered for playing Nick Charles in The Thin Man films.

One of the most versatile American motion picture and stage actor who played villains in Hollywood silent films and intelligent, debonair leading men in the sound era. He is best remembered as Nick Charles in The Thin Manseries of films.

After graduating from the American Academy of Dramatic Arts in New York City in 1912, Powell debuted on Broadway, playing three small roles in The Ne’er-Do-Well (1912). He then worked in road and stock companies before appearing as the hero’s rival in the hit Broadway play Spanish Love (1920). That success led to his appearance as Professor Moriarty’s evil henchman in the silent film Sherlock Holmes (1922), starring John Barrymore. Altogether, Powell appeared in more than 30 silents, usually playing a dastardly villain, notably in Romola (1924), Beau Geste (1926), and The Last Command (1928).

Unlike many silent film actors, Powell had a fine, resonant baritone speaking voice that allowed for a smooth transition to talkies. He became a star as detective Philo Vance in the talkie The Canary Murder Case (1929), based on a novel by S.S. Van Dine. By 1930 Powell had progressed to playing suave, sophisticated men-about-town in light mysteries and romantic comedies. He would go on to play opposite such glamorous Hollywood leading ladies as Kay Francis, Carole Lombard, to whom he was married from 1931 to 1933, and Jean Harlow, to whom he was engaged at the time of her death in 1937. But his most famous pairing was with Myrna Loy, as the witty, wealthy, cocktail-drinking husband-and-wife detective team Nick and Nora Charles in The Thin Man (1934), based on Dashiell Hammett’s novel of the same name. The role earned Powell his first Academy Award nomination. The affectionate sparring and chemistry between Powell and Loy delighted audiences, and the pair went on to make five more Thin Man movies together; they costarred in a total of 13 films.

By 1936 Powell was among the top 10 male box office attractions, and four of the five films in which he appeared that year received Academy Award nominations (My Man Godfrey, The Great Ziegfeld, Libeled Lady,and After the Thin Man), with Powell himself earning a nomination as best actor for his deft performance in the title role of My Man Godfrey. He worked less frequently thereafter, however, needing time to recover first from Harlow’s unexpected death and then from his own surgery and treatment for cancer. Among the most popular of his later films are Life with Father (1947), for which he was again nominated for an Academy Award, How to Marry a Millionaire (1953), and Mister Roberts (1955), his final film. Powell retired from actingin 1955 and moved to Palm Springs with his third wife, actress Diana Lewis, whom he married in 1940.