Today is the 112th birthday of the film actress Claudette Colbert.  She starred opposite in one of Clark Gable in one of my very favorite films It Happened One Night.  They are just terrific in it and the film set the tone for what was to become the Screwball Comedy genre.  The world was a better place because she was in it and still feels the loss that she has left. 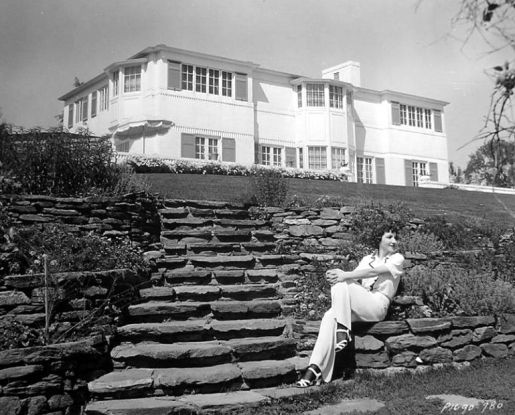 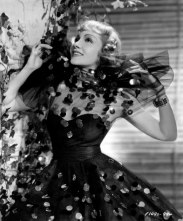 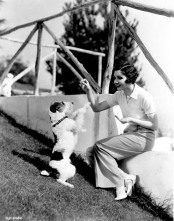 BEST KNOWN FOR: Actress Claudette Colbert was known for her trademark bangs, her velvety, purring voice, her confident, intelligent style and her subtle, graceful acting.

One of the brightest film stars to grace the screen was born Emilie Claudette Chauchoin on September 13, 1903, in Saint Mandé, France where her father owned a bakery at 57, Avenue Général de Gaulle. The family moved to the United States when she was three. As Claudette grew up, she wanted nothing more than to play to Broadway audiences (in those days, any actress or actor worth their salt went for Broadway, not Hollywood). After her formal education ended, she enrolled in the Art Students League, where she paid for her dramatic training by working in a dress shop. She made her Broadway debut in 1923 in the stage production of “The Wild Wescotts“. It was during this event that she adopted the name Claudette Colbert.

When the Great Depression shut down most of the theaters, Claudette decided to make a go of it in films. Her first film was called For the Love of Mike (1927). Unfortunately, it was a box-office disaster. She wasn’t real keen on the film industry, but with an extreme scarcity in theatrical roles, she had no choice but to remain. In 1929 she starred as Joyce Roamer in The Lady Lies (1929). The film was a success and later that year she had another hit entitled The Hole in the Wall (1929). In 1930 she starred opposite Fredric March in Manslaughter (1930), which was a remake of the silent version of eight years earlier. A year after that Claudette was again paired in a film with March, Honor Among Lovers (1931). It fared well at the box-office, probably only because it was the kind of film that catered to women who enjoyed magazine fiction romantic stories. In 1932 Claudette played the evil Poppeia in Cecil B. DeMille’s last great work, The Sign of the Cross (1932), and once again was cast with March. Later the same year she was paired with Jimmy Durante in The Phantom President (1932). By now Claudette’s name symbolized good movies and she, along with March, pulled crowds into the theaters with the acclaimed Tonight Is Ours (1933).

The next year started a little on the slow side with the release of Four Frightened People (1934), where Claudette and her co-stars were at odds with the dreaded bubonic plague on board a ship. However, the next two films were real gems for this young actress. First up, Claudette was charming and radiant in Cecil B. DeMille’s spectacular Cleopatra (1934). It wasn’t one of DeMille’s finest by any means, but it was a financial success and showcased Claudette as never before. However, it was as Ellie Andrews, in the now famous It Happened One Night (1934), that ensured she would be forever immortalized. Paired with Clark Gable, the madcap comedy was a mega-hit all across the country. It also resulted in Claudette being nominated for and winning the Oscar that year for Best Actress. In 1935 she was nominated again for Private Worlds (1935), where she played Dr. Jane Everest, on the staff at a mental institution. The performance was exquisite. Films such as The Gilded Lily (1935), Drums Along the Mohawk (1939) and No Time for Love (1943) kept fans coming to the theaters and the movie moguls happy. Claudette was a sure drawing card for virtually any film she was in. In 1944 she starred as Anne Hilton in Since You Went Away (1944). Again, although she didn’t win, Claudette picked up her third nomination for Best Actress.

By the late 1940s and early 1950s she was not only seen on the screen but the infant medium of television, where she appeared in a number of programs. However, her drawing power was fading somewhat as new stars replaced the older ones. In 1955 she filmed the western Texas Lady (1955) and wasn’t seen on the screen again until Parrish (1961). It was her final silver screen performance. Her final appearance before the cameras was in a TV movie, The Two Mrs. Grenvilles (1987). She did, however, remain on the stage where she had returned in 1956, her first love. After a series of strokes, Claudette divided her time between New York and Barbados. On July 30, 1996, Claudette died in Speightstown, Barbados. She was 92.