Today is the 91st birthday of the actress Lauren Bacall.  If you have a chance, watch The Big Sleep, Dark Passage, Key Largo, How To Marry A Millionaire, and To Have And To Have Not.  Choose one.  They are beautiful films and she is terrific in them.  The world is a better place because she was in it and still feels the loss that she has left. 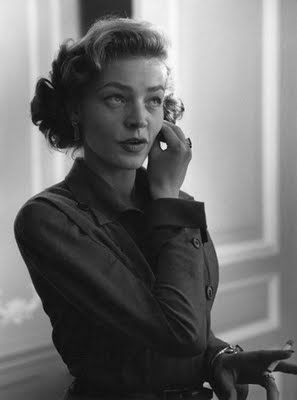 BEST KNOWN FOR: Lauren Bacall is an American actress known for her distinctive husky voice and sultry looks. She is best remembered for portrayals of provocative women.

She first emerged as leading lady in the Humphrey Bogart film To Have And Have Not (1944) and continued on in the film noir genre, with appearances in Bogart movies The Big Sleep (1946) and Dark Passage (1947), as well as a comedienne in How to Marry a Millionaire (1953) with Marilyn Monroe and Designing Woman (1957) with Gregory Peck. Bacall has also worked on Broadway in musicals, gaining a Tony Awards for Applause in 1970 and Woman of the Year in 1981. Her performance in the movie The Mirror Has Two Faces (1996) earned her a Golden Globe Award and an Academy Award nomination.

In 1999, Bacall was ranked #20 of the 25 actresses on the AFI’s 100 Years… 100 Stars list by the American Film Institute. In 2009, she was selected by the Academy of Motion Picture Arts and Sciences to receive an Academy Honorary Award “in recognition of her central place in the Golden Age of motion pictures.”

She campaigned for Democratic candidate Adlai Stevenson in the 1952 Presidential election and for Robert Kennedy in his 1964 run for Senate.

In a 2005 interview with Larry King, Bacall described herself as “anti-Republican… A liberal. The L-word.” She went on to say that “being a liberal is the best thing on earth you can be. You are welcoming to everyone when you’re a liberal. You do not have a small mind.” 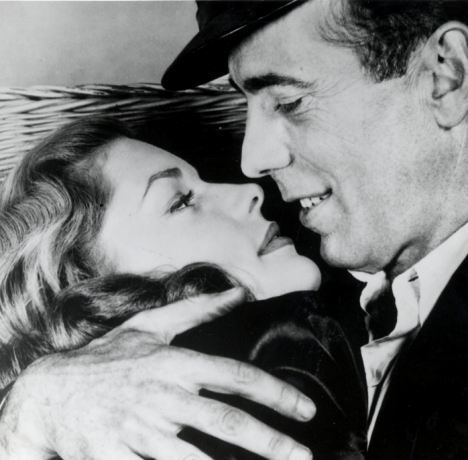