Today is the 81st birthday of Sophia Loren.  I love Houseboat very much.  The world is a better place because she is still in it. 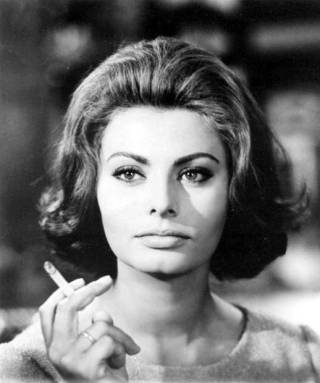 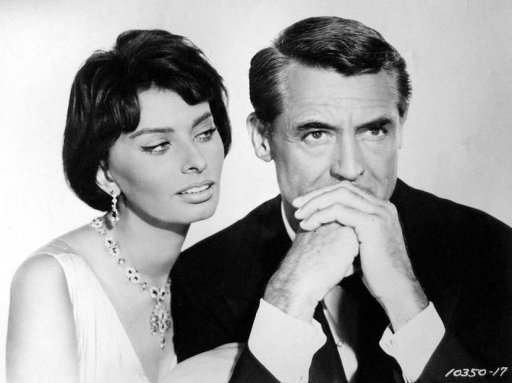 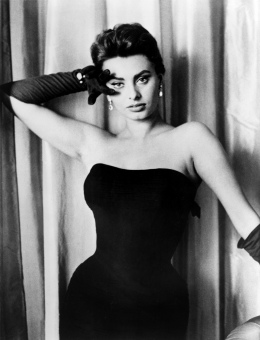 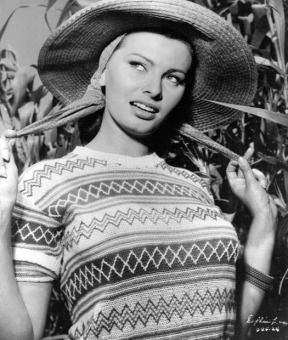 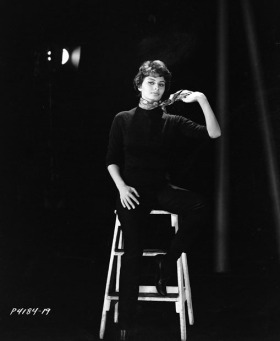 Sophia Loren was born in a hospital charity ward, and raised in poverty by her single mother. Her father was married to another woman, and refused to adopt his illegitimate daughter, but did allow her to take his surname. As a girl, she was so thin she was taunted and nicknamed ‘Stuzzicadenti’ — ‘Toothpick’.

By 14, though, she won “Princess of the Sea” honors in a beauty pageant. By 15 she was working as a model, and met producer Carlo Ponti, who was one of the judges in a pageant she won. He hired an acting coach to tutor her, and at 16 she was in her first film, Le Sei Mogli di Barbablù. At 17 Ponti cast her in her breakthrough role as the commoner who caught the prince’s eye in the filmed opera La Favorita. The next year she played the lead in a film of Aida, but in both opera films her songs were dubbed by better singers.

Loren quickly became a major star and pin-up girl in Italy, and her first film to find success beyond her native land was La Donna del Fiume, released in America as The River Girl. Her first English-language film was Boy on a Dolphin with Alan Ladd in 1957, where she was memorable mostly for emerging from the water in a wet, skin-tight, transparent dress. She starred in numerous American films through the rest of that decade, but most were received lukewarmly at best. In 1960 she returned to Italy to star in the brutal wartime drama La Ciociara (Two Women) with Jean-Paul Belmondo. She won the Best Actress Oscar for her performance — the first Academy Award ever given for a performance not in English — but Loren had been unable to attend and no-one from the Academy called to tell her she had won. She found out the following morning, when Cary Grant, an ex-lover and Loren’s co-star in Houseboat, called to offer his congratulations.

Through the 1960s and ’70s, Loren worked in both European and American projects. Her best Italian films include Una Giornata Particolare (One Particular Day) with Loren as a bored housewife and Marcello Mastroianni as her gay acquaintance as Hitler comes to town, Matrimonio all’Italiana (Marriage Italian Style) with Loren as the hooker who lures Mastroianni into marriage, and L’ Oro di Napoli (The Gold of Napoli), with Loren as a pizza-maker who loses her wedding ring.

Despite her va-va-va-voom image, her American work rarely attracted more than minimal box office. She sought vengeance against her lover Charlton Heston after he killed her father in El Cid, and she played the luscious double agent rescued by Gregory Peck in Arabesque, the jinxed girl who welcomed tugboat captain William Holden in The Key, and the whore idolized by Peter O’Toole inMan of La Mancha.

It was controversial in her native Italy when Loren married her mentor Ponti in 1957. Not only was he 45 to her 23, but he had been married previously, and neither the Catholic Church nor Italian government recognized his Mexican divorce. Ponti was charged with bigamy, but the charges were dropped when she had their marriage annulled. They continued living together — scandalous at the time — and remarried after his legal problems had been cleared. Still happily married, Ponti and Loren made three dozen films together, and they may have consciously struck back with their Ieri, Oggi, Domani, a 1963 comedy that poked fun at a Catholic priest and gently mocked Italian law on birth control.

Still beautiful at 72, she posed for the 2007 Pirelli calendar — not as a stunt or as part of a senior citizens collection, but alongside models and movie stars half her age, including Penelope Cruz,Hilary Swank, and Naomi Watts.

Loren’s sister, Anna Maria Scicolone, was married to Romano Mussolini, whose father was Italy’s fascist dictator Benito Mussolini. Their daughter, Loren’s niece, Alessandra Mussolini, was elected to the Italian Parliament as a neo-Fascist in 1992. 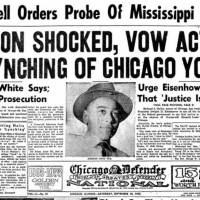