Today is the 141st birthday of Lewis Hine.  His iconic photographs of the early 20th century are immediately recognizable, much more so than his name.  The world is a better place because he was in it and still feels the loss that he has left. 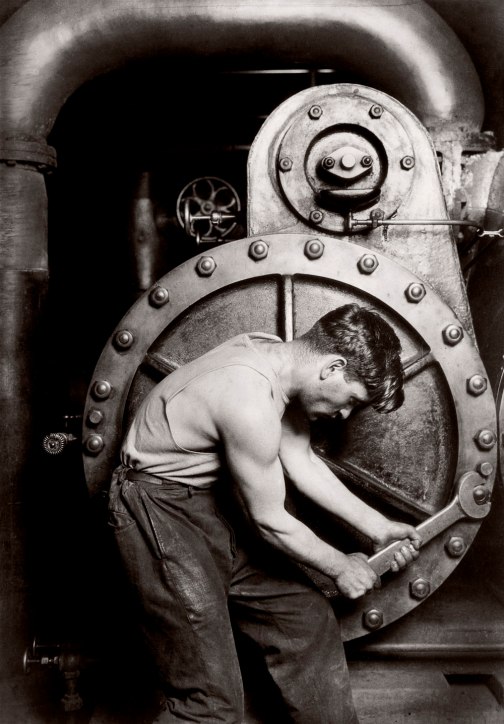 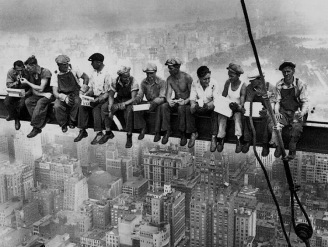 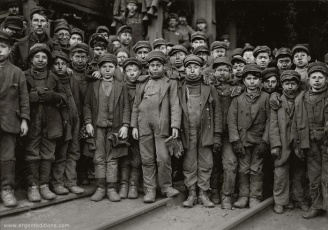 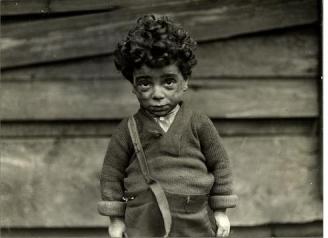 Best Known For:  Lewis Hines was a photographer known for his documentation of exploited child workers and government projects.

In 1906, Hine became the staff photographer of the Russell Sage Foundation. Here Hine photographed life in the steel-making districts and people of Pittsburgh, Pennsylvania, for the influential sociological study called the Pittsburgh Survey.

In 1908, he became the photographer for the National Child Labor Committee (NCLC), leaving his teaching position. Over the next decade, Hine documented child labor, with focus on labor in the Carolina Piedmont, in American industry to aid the NCLC’s lobbying efforts to end the practice. In 1913 he documented child laborers among cotton mill children with a series of Galton’s composite portraits.

Hine’s work for the NCLC was often dangerous. As a photographer he was frequently threatened with violence or even death by factory police and foreman. At the time the immortality of child labour was meant to be hidden from the public. Photography was not only prohibited but posed a serious treat to the industry. In order to gain entry into these mills, mines and factories, Hines was forced to assume many guises. At times he was a fire inspector, post card vendor, bible salesman or even an industrial photographer making a record of factory machinery.

During and after World War I, he photographed American Red Cross relief work in Europe. In the 1920s and early 1930s, Hine made a series of “work portraits,” which emphasized the human contribution to modern industry. In 1930, Hine was commissioned to document the construction of The Empire State Building. Hine photographed the workers in precarious positions while they secured the iron and steel framework of the structure, taking many of the same risks the workers endured. In order to obtain the best vantage points, Hine was swung out in a specially designed basket 1,000 feet above Fifth Avenue.

During the Great Depression, he again worked for the Red Cross, photographing drought relief in the American South, and for theTennessee Valley Authority (TVA), documenting life in the mountains of eastern Tennessee. He also served as chief photographer for the Works Progress Administration’s (WPA) National Research Project, which studied changes in industry and their effect on employment. Hine was also a member of the faculty of the Ethical Culture Fieldston School. 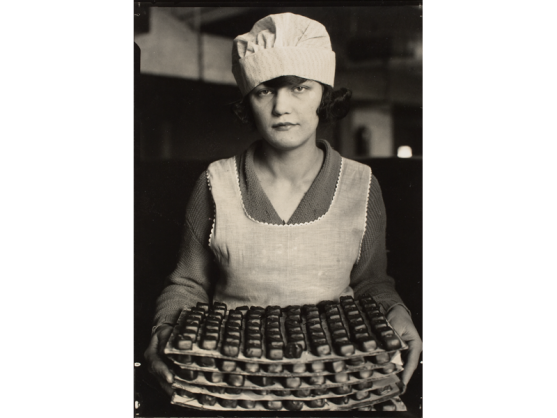 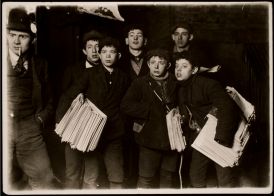 The Library of Congress holds more than five thousand Hine photographs, including examples of his child labor and Red Cross photographs, his work portraits, and his WPA and TVA images. Other large institutional collections include nearly ten thousand of Hine’s photographs and negatives held at the George Eastman House and almost five thousand NCLC photographs at the Albin O. Kuhn Library & Gallery of the University of Maryland, Baltimore County.

In 1936, Hine was selected as the photographer for the National Research Project of the Works Projects Administration, but his work there was never completed.

The last years of his life were filled with professional struggles due to loss of government and corporate patronage. Few people were interested in his work, past or present, and Hine lost his house and applied for welfare. He died at age 66 on November 3, 1940 at Dobbs Ferry Hospital in Dobbs Ferry, New York, after an operation.

After Lewis Hine’s death his son Corydon donated his prints and negatives to the Photo League, which was dismantled in 1951. The Museum of Modern Art was offered his pictures but did not accept them; but the George Eastman House in Rochester, New York did.