Today is the 128th birthday of the artist Georgia O’Keeffe.  The scale of her painting has always astounded me, the detail and the vibrancy are hyper-realistic.  The world was a better place because she was in it and still feels the loss that she has left.

BEST KNOWN FOR:  Georgia O’Keeffe is a 20th century American painter best known for her flower canvases and southwestern landscapes.

Artist and painter Georgia O’Keeffe was born on November 15, 1887, in Sun Prairie, Wisconsin. Known for her striking flower paintings and other captivating works, O’Keeffe was one of the greatest American artists of the twentieth century. She took to making art at a young age and went to study at the Art Institute of Chicago in the early 1900s. Later, while living in New York, she studied with such artists as William Merritt Chase as a member of the Art Students League. 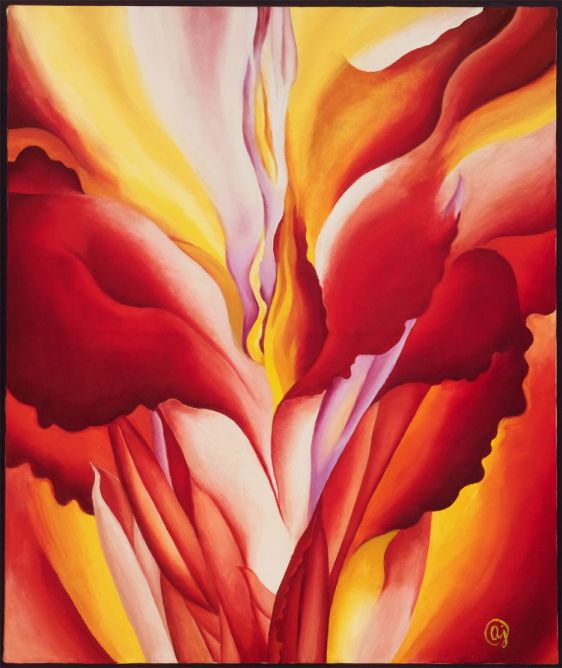 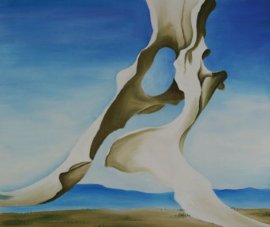 O’Keeffe found an advocate in famed photographer and gallery owner Alfred Stieglitz. He showed her work to the public for the first time in 1916 at his gallery 291. Married in 1924, the two formed a professional and personal partnership that lasted until his death in 1946. Some of her popular works from this early period include Black Iris (1926) and Oriental Poppies (1928). Living in New York, she translated some of her environment onto the canvas with such paintings as Shelton Hotel, N.Y. No. 1 (1926).

After frequently visiting New Mexico since the late 1920s, O’Keeffe moved there for good in 1946 after her husband’s death and explored the area’s rugged landscapes in many works. This environment inspired such paintings as Black Cross, New Mexico (1929) and Cow’s Skull with Calico Roses (1931).

O’Keeffe died on March 6, 1986, in Santa Fe, Mexico. As popular as ever, her works can be seen at museums around the world as well as the Georgia O’Keeffe Museum in Santa Fe, New Mexico.