Today is the 116th birthday of the man that once said: “I like long walks, especially when they are taken by people who annoy me.” He was an actor, a writer, a composer, and a sharp wit. The world is a better place because he was in it and still feels the loss that he has left. 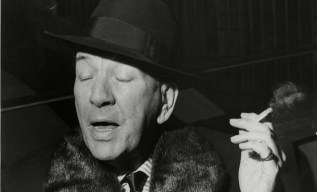 BEST KNOWN FOR: British actor, songwriter and playwright Noël Coward was one of the top figures of 20th century theater, using wit to deal with major social issues.

Coward appeared professionally as an actor from the age of 12. Between acting engagements he wrote such light comedies as I’ll Leave It to You (1920) and The Young Idea (1923), but his reputation as a playwright was not established until the serious play The Vortex (1924), which was highly successful in London. In 1925 the first of his durable comedies, Hay Fever, opened in London. Coward ended the decade with his most popular musical play, Bitter Sweet (1929).

Another of his classic comedies, Private Lives (1930), is often revived. It shares with Design for Living (1933) a worldly milieu and characters unable to live with or without one another. His patriotic pageant of British history, Cavalcade (1931), traced an English family from the time of the South African (Boer) War through the end of World War I. Other successes included Tonight at Eight-thirty (1936), a group of one-act plays performed by Coward and Gertrude Lawrence, with whom he often played. He rewrote one of the short plays, Still Life, as the film Brief Encounter (1946). Present Laughter (1939) and Blithe Spirit (1941; filmed 1945; musical version, High Spirits, 1964) are usually listed among his better comedies.

It is discouraging how many people are shocked by honesty and how few by deceit.

In his plays Coward caught the clipped speech and brittle disillusion of the generation that emerged from World War I. His songs and revue sketches also struck the world-weary note of his times. Coward had another style, sentimental but theatrically effective, that he used for romantic, backward-glancing musicals and for plays constructed around patriotism or some other presumably serious theme. He performed almost every function in the theatre—including producing, directing, dancing, and singing in a quavering but superbly timed and articulate baritone—and acted in, wrote, and directed motion pictures as well.

Coward’s Collected Short Stories appeared in 1962, followed by a further selection, Bon Voyage, in 1967. Pomp and Circumstance (1960) is a light novel, and Not Yet the Dodo (1967) is a collection of verse. His autobiography through 1931 appeared as Present Indicative (1937) and was extended through his wartime years in Future Indefinite (1954); a third volume, Past Conditional, was incomplete at his death. Among his more notable songs are “Mad Dogs and Englishmen,” “I’ll See You Again,” “Some Day I’ll Find You,” “Poor Little Rich Girl,” “Mad About the Boy,” and “Marvellous Party.”

Coward was knighted in 1970. He spent his last years chiefly in the Caribbean and Switzerland. One of his previously unpublished plays, The Better Half, last performed in 1922 and thought to have been lost, was rediscovered in 2007. That same year a collection of his letters was published as The Letters of Noël Coward.