Today is the 107th birthday of the photographer Yousuf Karsh.

Yousuf Karsh was born in Mardin, a city in the eastern Ottoman Empire (present Turkey). He grew up during the Armenian Genocide where he wrote, “I saw relatives massacred; my sister died of starvation as we were driven from village to village.” At the age of 16, his parents sent Yousuf to live with his uncle George Nakash, a photographer in Sherbrooke, Quebec, Canada. Karsh briefly attended school there and assisted in his uncle’s studio. Nakash saw great potential in his nephew and in 1928 arranged for Karsh to apprentice with portrait photographer John Garo in Boston, Massachusetts, United States. His brother, Malak Karsh, was also a photographer.

Karsh returned to Canada four years later, eager to make his mark. In 1931 he started working with photographer John Powls, in his studio on the second floor of the Hardy Arcade at 130 Sparks Street in Ottawa, Ontario, close to Parliament Hill. When Powls retired in 1933, Karsh took over the studio. Karsh’s first solo exhibition was in 1936 in the Drawing Room of the Château Laurier hotel. He moved his studio into the hotel in 1973, and it remained there until he retired in 1992.

Canadian Prime Minister Mackenzie King discovered Karsh and arranged introductions with visiting dignitaries for portrait sittings. Karsh’s work attracted the attention of varied celebrities and on 30 December 1941 he photographed Winston Churchill, after Churchill gave a speech to Canadian House of Commons in Ottawa.

The image of Churchill brought Karsh international prominence, and is claimed to be the most reproduced photographic portrait in history. In 1967, he was made an Officer of the Order of Canada and in 1990 was promoted to Companion.

Of the 100 most notable people of the century, named by the International Who’s Who [2000], Karsh had photographed 51. Karsh was also the only Canadian to make the list.

In the late 1990s Karsh moved to Boston and on July 13, 2002, aged 93, he died at Boston’s Brigham and Women’s Hospital after complications following surgery. He was interred in Notre Dame Cemetery in Ottawa. 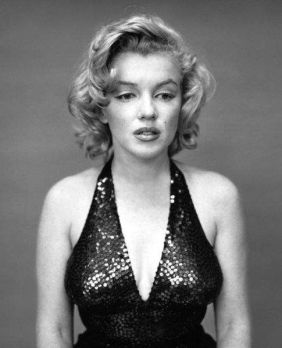 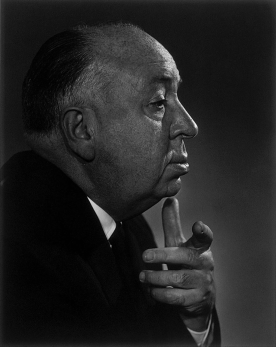 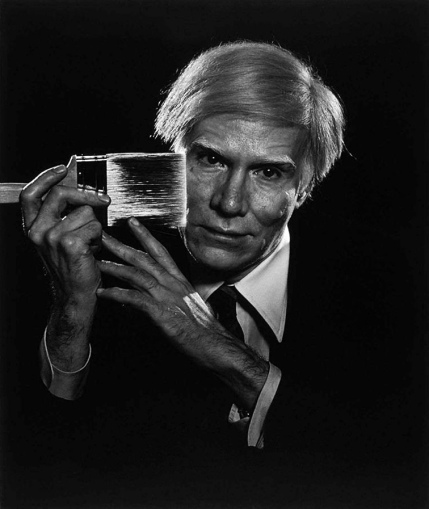 Karsh was a master of studio lights. One of Karsh’s distinctive practices was lighting the subject’s hands separately. He photographed many of the great and celebrated personalities of his generation. Throughout most of his career he used the 8×10 bellows Calumet (1997.0319) camera, made circa 1940 in Chicago. Journalist George Perry wrote in the British paper The Sunday Times that “when the famous start thinking of immortality, they call for Karsh of Ottawa.”

Karsh had a gift for capturing the essence of his subject in the instant of his portrait. As Karsh wrote of his own work in Karsh Portfolio in 1967, “Within every man and woman a secret is hidden, and as a photographer it is my task to reveal it if I can. The revelation, if it comes at all, will come in a small fraction of a second with an unconscious gesture, a gleam of the eye, a brief lifting of the mask that all humans wear to conceal their innermost selves from the world. In that fleeting interval of opportunity the photographer must act or lose his prize.”

Karsh said “My chief joy is to photograph the great in heart, in mind, and in spirit, whether they be famous or humble.” His work is in permanent collections of the National Gallery of Canada, New York’s Museum of Modern Art and Metropolitan Museum of Art, George Eastman House International Museum of Photography and Film, Bibliotheque nationale de France, the National Portrait Gallery in London, the National Portrait Gallery of Australia and many others. Library and Archives Canada holds his complete collection, including negatives, prints and documents. His photographic equipment was donated to the Canada Science and Technology Museum in Ottawa.

The story is often told of how Karsh created his famous portrait of Churchill during the early years of World War II. Churchill, the British prime minister, had just addressed the Canadian Parliament and Karsh was there to record one of the century’s great leaders. “He was in no mood for portraiture and two minutes were all that he would allow me as he passed from the House of Commons chamber to an anteroom,” Karsh wrote in Faces of Our Time. “Two niggardly minutes in which I must try to put on film a man who had already written or inspired a library of books, baffled all his biographers, filled the world with his fame, and me, on this occasion, with dread.”

Churchill marched into the room scowling, “regarding my camera as he might regard the German enemy.” His expression suited Karsh perfectly, but the cigar stuck between his teeth seemed incompatible with such a solemn and formal occasion. “Instinctively, I removed the cigar. At this the Churchillian scowl deepened, the head was thrust forward belligerently, and the hand placed on the hip in an attitude of anger.”

The image captured Churchill and the Britain of the time perfectly — defiant and unconquerable. Churchill later said to him, “You can even make a roaring lion stand still to be photographed.” As such, Karsh titled the photograph, The Roaring Lion.

However, Karsh’s favourite photograph was the one taken immediately after this one where Churchill’s mood had lightened considerably and he is shown much in the same pose, but smiling. It was announced on 26 April 2013 by the Bank of England that the more well-known image would be used on the new £5 note, to be issued in 2016.

In 2009, in Ottawa, Yousuf Karsh’s life and work were celebrated during Festival Karsh, a collaboration between the Canada Museum of Science and Technology and the Portrait Gallery of Canada.

He was made a member of the Royal Canadian Academy of Arts.

Canada Post honoured the 100th anniversary of the birth of Yousuf Karsh by releasing an artist’s series of three stamps depicting Karsh images. The famous Churchill portrait figures on the International Rate stamp and has a face value of $1.60CAN, a lithe side-profile taken in 1956 of Audrey Hepburn graces the American Rate stamp with a face value of $0.96CAN, and a self-portrait of Yousuf himself viewing photographic plates appears on the Domestic Rate stamp with a face value of $0.52CAN. A souvenir sheet set depicting an additional 24 Karsh portraits of some of the world’s most famous and interesting persons includes among others: Walt Disney, Muhammad Ali, Mother Teresa, Humphrey Bogart, Indira Gandhi, Sophia Loren, Dwight D. Eisenhower, Ernest Hemingway, Nikita Khrushchev, Martin Luther King, Pope John XXIII, Pablo Picasso, Dizzy Gillespie, and Queen Elizabeth II, further confirming the range and scope of Karsh’s work.

Karsh has influenced many other photographers in different styles to become more independent and further motivate other artists.

On December 3, 1959, Karsh appeared as a guest challenger on the TV panel show To Tell the Truth.

In 2005, the city of Ottawa established the Karsh Prize, honoring Ottawa photo-based artists, in honor of Yousuf and Malak Karsh. Karsh also photographed the Canadian rock band Rush for their 1984 album Grace Under Pressure. Geddy Lee of Rush has referred to the picture as a typical bar mitzvah photo.

In 2015, the International Astronomical Union and the Carnegie Institution for Science revealed the winners of a public competition to name five geologically significant impact craters on the planet Mercury imaged by the MESSENGER probe. By rule of the IAU, craters on Mercury are named after figures of historical significance in the world of art. In recognition of Yousuf Karsh’s outstanding contributions to portrait photography, one of the five impact craters was named Karsh.