Today is the 142nd birthday of the writer W. Somerset Maugham.  I was given a copy of “The Razor’s Edge” quite a while ago by a former employer stating “this is one of my favorite books and novels.”  He meant that he liked the story and like the look of the book, physically.  The book was given to him by the matriarch of a very prominent Seattle family when she was closing up and selling off her properties on the San Juan Islands.  I still have it and I hope to do the same with it one day.  The world is a better place because he was in it and still feels the loss that he has left. 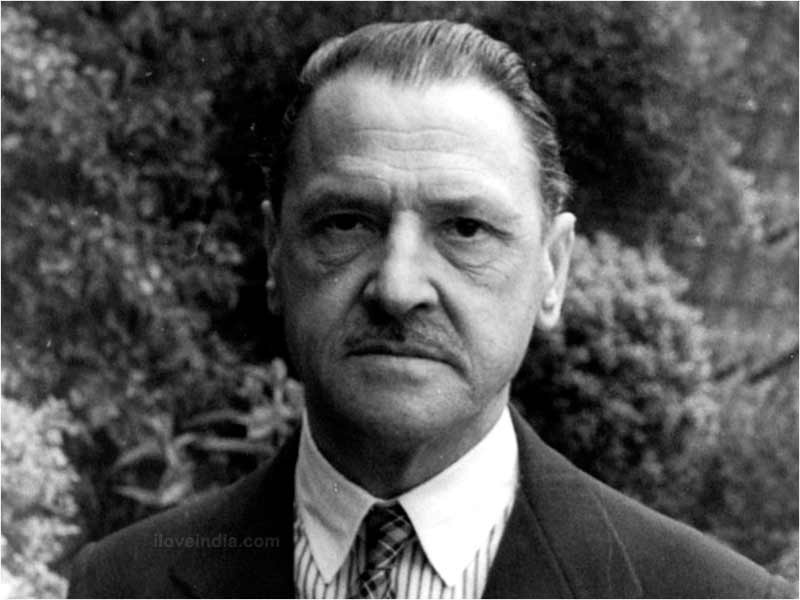 Today is the birthday of W. Somerset Maugham, born in Paris (1874). His father was in Paris as a lawyer for the British Embassy. When Maugham was eight years old, his mother died from tuberculosis. His father died of cancer two years later. The boy was sent back to England into the care of a cold and distant uncle, a vicar. Maugham was miserable at his school. He said later: “I wasn’t even likeable as a boy. I was withdrawn and unhappy, and rejected most overtures of sympathy over my stuttering and shyness.” Maugham became a doctor and practiced in the London slums. He was particularly moved by the women he encountered in the hospital, where he delivered babies; and he was shocked by his fellow doctors’ callous approach to the poor. He wrote: “I saw how men died. I saw how they bore pain. I saw what hope looked like, fear and relief; I saw the dark lines that despair drew on a face; I saw courage and steadfastness. I saw faith shine in the eyes of those who trusted in what I could only think was an illusion and I saw the gallantry that made a man greet the prognosis of death with an ironic joke because he was too proud to let those about him see the terror of his soul.”

When he was 23, he published his first novel, Liza of Lambeth, about a working-class 18-year-old named Liza who has an affair with a 40-year-old married man named Jim, a father of nine. Jim’s wife beats up Liza, who is pregnant, and who miscarries, and dies. The novel was a big success, and Maugham made enough money to quit medicine and become a full-time writer. For many years, he made his living as a playwright, but eventually he became one of the most popular novelists in Britain. His novels include Of Human Bondage (1915), The Moon and Sixpence (1919), Cakes and Ale (1930), and The Razor’s Edge (1944).
Somerset Maugham said,

To acquire the habit of reading is to construct for yourself a refuge from almost all the miseries of life.

Dying is a very dull, dreary affair. And my advice to you is to have nothing whatever to do with it.

Excess on occasion is exhilarating. It prevents moderation from acquiring the deadening effect of a habit.

It was such a lovely day I thought it a pity to get up.