Today is the 144th birthday of the artist Piet Mondrian.  My first trip to New York, I made sure to have enough time to visit the Guggenheim, specifically to see a Mondrian in real life.  I was not disappointed.  The visual simplicity plays against the conceptual complexity perfectly.  I loved it even more.  The world is a better place because he was in it and still feels the loss that he has left. 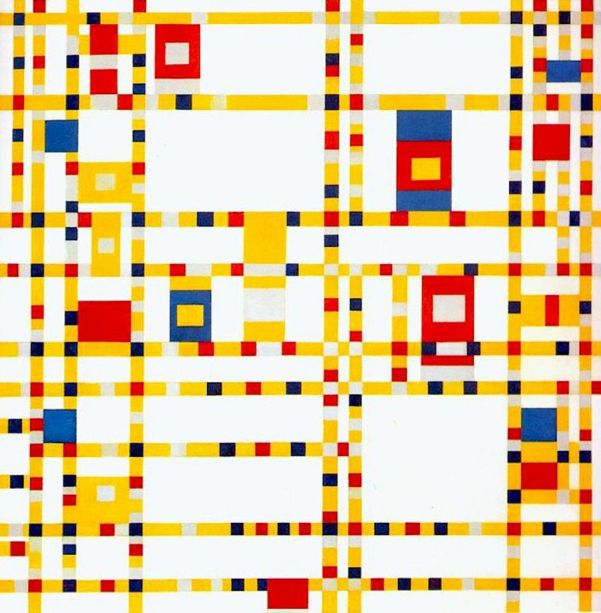 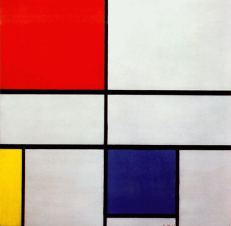 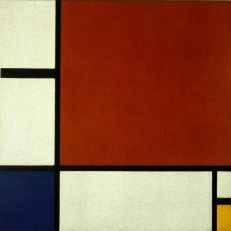 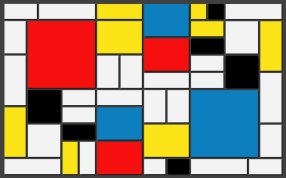 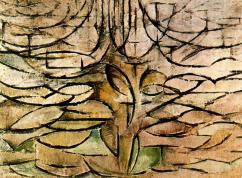 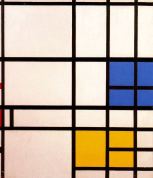 BEST KNOWN FOR: Dutch painter Piet Mondrian was an important contributor to the De Stijl art movement and is best known for his non-representational form termed Neo-Plasticism.

Piet Mondrian was born Pieter Cornelis Mondriaan, Jr., on March 7, 1872, in Amersfoort, the Netherlands. He studied at the Rijksakademie van Beeldende Kunsten, Amsterdam, from 1892 to 1897. Until 1908, when he began to take annual trips to Domburg in Zeeland, Mondrian’s work was naturalistic—incorporating successive on influences of academic landscape and still-life painting, Dutch Impressionism, and Symbolism. In 1909 a major exhibition of his work (with that of Jan Sluijters and Cornelis Spoor) was held at the Stedelijk Museum, Amsterdam, and that same year he joined the Theosophic Society. In 1909 and 1910 he experimented with Pointillism and by 1911 had begun to work in a Cubist mode. After seeing original Cubist works by Georges Braque and Pablo Picasso at the first Moderne Kunstkring exhibition in 1911 in Amsterdam, Mondrian decided to move to Paris. There, from 1912 to 1914, he began to develop an independent abstract style.

Mondrian was visiting the Netherlands when World War I broke out and prevented his return to Paris. During the war years in Holland, he further reduced his colors and geometric shapes and formulated his nonobjective Neoplastic style. In 1917 Mondrian became one of the founders of De Stijl. This group, which included Theo van Doesburg, Bart van der Leck, and Georges Vantongerloo, extended its principles of abstraction and simplification beyond painting and sculpture to architecture and graphic and industrial design. Mondrian’s essays on abstract art were published in the periodical De Stijl. In July 1919 he returned to Paris; there he exhibited with De Stijl in 1923, but withdrew from the group after van Doesburg reintroduced diagonal elements into his work around 1925. In 1930, Mondrian showed with Cercle et Carré (Circle and Square) and in 1931 joined Abstraction-Création.

World War II forced Mondrian to move to London in 1938 and then to settle in New York in October 1940. In New York he joined American Abstract Artists and continued to publish texts on Neoplasticism. His late style evolved significantly in response to the city. In 1942 his first solo show took place at the Valentine Dudensing Gallery, New York. Mondrian died February 1, 1944, in New York.