Today is the 93rd birthday of the famed mid-century New York photographer Diane Arbus.  Her work captures a vulnerability in a her subject’s expressions, a celebration, a authenticity.  It could be that way because she uses real people, not professionals, but it is simply breathtaking.  The world is a better place because she was in it and still feels the loss that she has left. 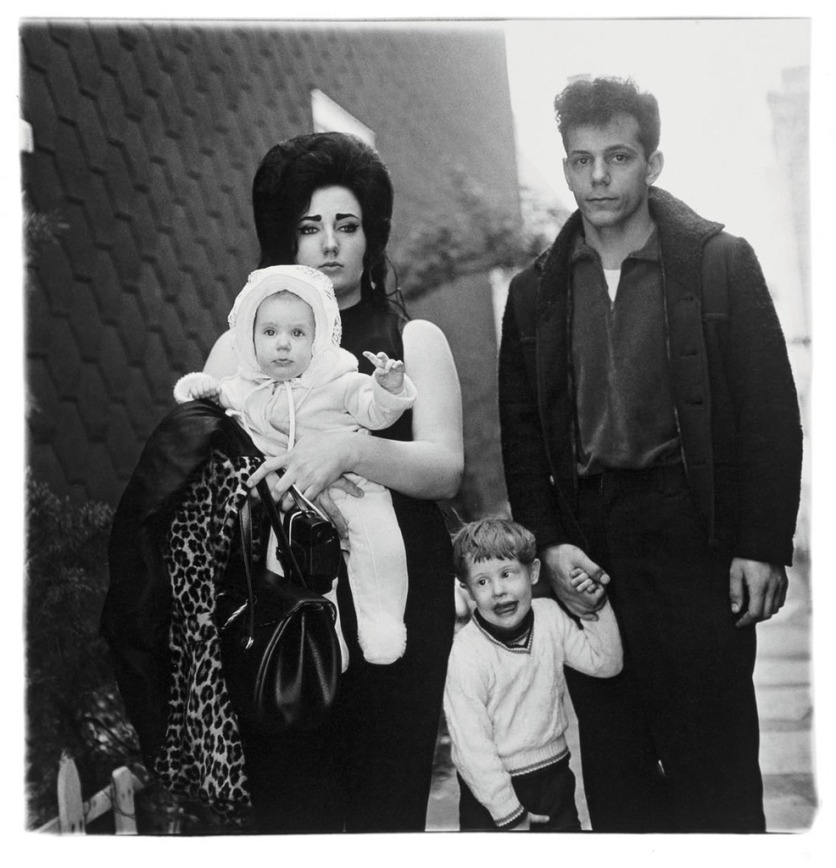 Best Known For:  Photographer Diane Arbus’s distinctive portraits showed the world how crazy (and beautiful) New Yorkers were in the 1950s and ’60s. She was married to actor Allan Arbus.

“Love involves a peculiar unfathomable combination of understanding and misunderstanding.”

Born Diane Nemerov on March 14, 1923, in New York City, Diane Arbus was one of the most distinctive photographers of the 20th century, known for her eerie portraits and off-beat subjects. Her artistic talents emerged at a young age, having created interesting drawings and paintings while in high school. In 1941, she married Allan Arbus, an American actor who fostered her artistic talent by teaching her photography.

Working with her husband, Diane Arbus started out in advertising and fashion photography. She and Allan became quite a successful team, with photographs appearing in such magazines as Vogue. In the late 1950s, she began to focus on her own photography. To further her art, Arbus studied with photographer Lisette Model around this time.

“A photograph is a secret about a secret. The more it tells you the less you know.”

During her wanderings around New York City, Arbus began to pursue taking photographs of people she found. She visited seedy hotels, public parks, a morgue and other various locales. These unusual images had a raw quality, and several of them found their way into the July 1960 issue of Esquire magazine. These photographs proved to be a spring board for future work.

By the mid-1960s, Diane Arbus had become a well-established photographer, participating in shows at the Museum of Modern Art in New York City, among other places. She was known for going to great lengths to get the shots she wanted. She became friends with many other famous photographers, including Richard Avedon and Walker Evans.

While professionally continuing to thrive in the late 1960s, Arbus had some personal challenges. Her marriage to Allan Arbus ended in 1969, and she later struggled with depression. She committed suicide in her New York City apartment on July 26, 1971. Her work remains a subject of intense interest, and her life was the basis of the 2006 film Fur, starring Nicole Kidman as Arbus.