“Courage is the price that life exacts for granting peace.
The soul that knows it not, knows no release
From little things;
Knows not the livid loneliness of fear,
Nor mountain heights where bitter joy can hear
The sound of wings.”

Amelia Mary Earhart was an American aviation pioneer and author. Earhart was the first female aviator to fly solo across the Atlantic Ocean. She received the U.S. Distinguished Flying Cross for this record.

Eurythmics were a British music duo consisting of members Annie Lennox and David A. Stewart. Stewart and Lennox were both previously in the band The Tourists, who split up in 1980; Eurythmics were formed that year in London.

Albert Einstein was a German-born theoretical physicist. He developed the general theory of relativity, one of the two pillars of modern physics. Einstein’s work is also known for its influence on the philosophy of science.

Millicent Lilian “Peg” Entwistle was a Welsh-born English stage and screen actress. Entwistle began her stage career in 1925, appearing in several Broadway productions. It is her ghost that is said to haunt the area around the Hollywood sign, as she killed herself by jumping from it. 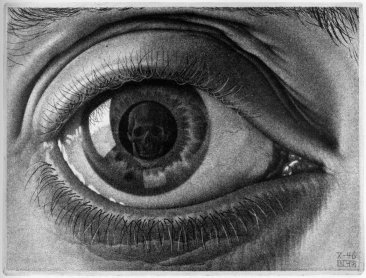 Maurits Cornelis Escher was a Dutch graphic artist who made mathematically inspired woodcuts, lithographs, and mezzotints.

Nora Ephron was an American journalist, essayist, playwright, screenwriter, novelist, producer, director, and blogger. She once said (or wrote) “Reading makes me feel I’ve accomplished something, learned something, become a better person. … Reading is bliss.”