May 7, 2016 Scott Parker-Anderson Uncategorized Leave a comment
Today is the 115th birthday of the actor Gary Cooper.  You don’t have to be a fan of Westerns to be a fan of High Noon and of his.  It changed the entire genre for me and broadened my understanding.  The world is a better place because he was in it and still feels the loss that he has left. 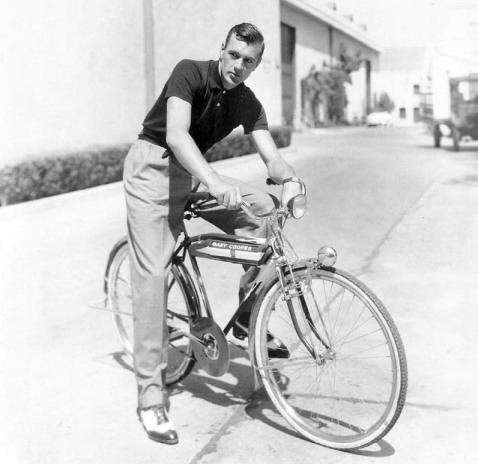 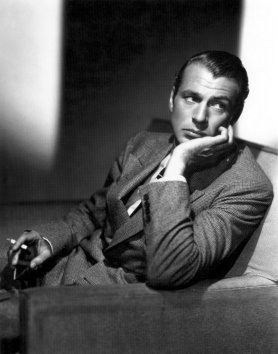 BEST KNOWN FOR: Gary Cooper’s movie career spanned from silent films into the 1950s. He won an Academy Award for his portrayal of Alvin York in Sergeant York.

Actor Gary Cooper was born on May 7, 1901, in Helena, Montana. Spanning from the silent film era to the early 1960s, Academy Award-winning actor Gary Cooper built much of his career by playing strong, manly, distinctly American roles. The son of English parents who had settled in Montana, he was educated in England for a time.

He also studied at Grinnell College in Iowa before heading to Los Angeles to work as an illustrator. When he had a hard time finding a job, Cooper worked as a film extra and landed some small parts.

After his appearance in The Winning of Barbara Worth (1926), a western, Cooper’s career began to take off. He starred opposite silent movie star Clara Bow in Children of Divorce (1927). Cooper also earned praise as the ranch foreman in The Virginian (1929), one of his early films with sound.Throughout the 1930s, he turned in a number of strong performances in such films as A Farewell to Arms (1934) with Helen Hayes and Mr. Deeds Goes to Town (1936) directed by Frank Capra. Cooper received an Academy Award nomination for his work on the film.

Cooper continued to excel on the big screen, tackling several real-life dramas. In Sergeant York (1941), he played a World War I hero and sharpshooter, which was based on the life story of Alvin York. Cooper earned a Best Actor Academy Award for his portrayal of York.The next year, Cooper played one of baseball’s greats, Lou Gehrig, in The Pride of the Yankees (1942). Again, he scored another Best Actor Academy Award nomination. Appearing in a film adaptation of Ernest Hemingway’s For Whom the Bell Tolls, Cooper starred opposite Ingrid Bergman in a drama set during the Spanish Civil War. This role garnered him a third Academy Award nomination.
In 1952, Cooper took on what is known considered his signature role as Will Kane in High Noon. He appeared as a lawman who must face a deadly foe without any help from his own townspeople. The film won four Academy Awards, including a Best Actor win for Cooper.

In addition to his excellent on-screen performances, Cooper became known for his alleged romances with several of his leading ladies, including Clara Bow and Patricia Neal. The affair with Neal, his co-star in 1949’s The Fountainhead, reportedly occurred during his marriage to socialite Veronica Balfe with whom he had a daughter. Their marriage seemed to survive the scandal.By the late 1950s, Cooper’s health was in decline. He made a few more films, such as Man of the West (1958), before dying of cancer on May 13, 1961.