Today is the 93rd birthday of famed photographer Richard Avedon.  His iconic images capture the beauty, fragility, vulnerability, and life of his subjects that very few other photographers have the ability to express.  The world is a better place because he was in it and still feels the loss that he has left. 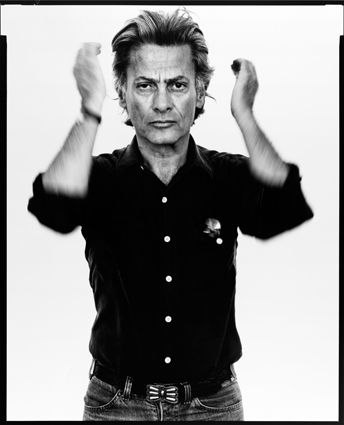 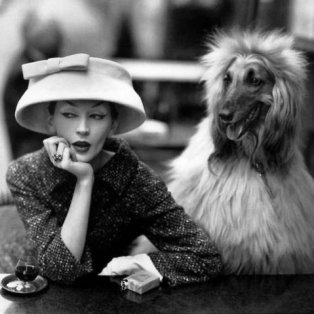 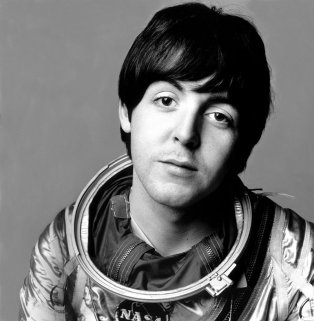 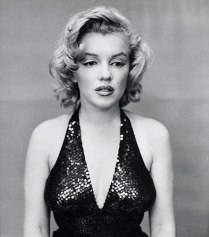 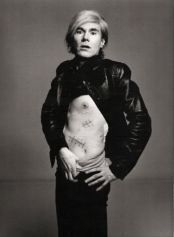 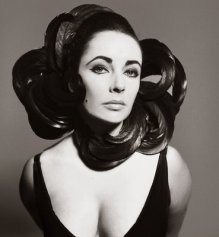 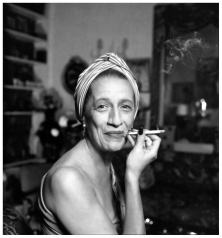 Best Known For:  American photographer Richard Avedon was best known for his work in the fashion world and for his minimalist, large-scale character-revealing portraits.

Richard Avedon was born on May 15, 1923 in New York City. His mother, Anna Avedon, came from a family of dress manufacturers, and his father, Jacob Israel Avedon, owned a clothing store called Avedon’s Fifth Avenue. Inspired by his parents’ clothing businesses, as a boy Avedon took a great interest in fashion, especially enjoying photographing the clothes in his father’s store. At the age of 12, he joined the YMHA (Young Men’s Hebrew Association) Camera Club.

Avedon later described one childhood moment in particular as helping to kindle his interest in fashion photography: “One evening my father and I were walking down Fifth Avenue looking at the store windows,” he remembered. “In front of the Plaza Hotel, I saw a bald man with a camera posing a very beautiful woman against a tree. He lifted his head, adjusted her dress a little bit and took some photographs. Later, I saw the picture in Harper’s Bazaar. I didn’t understand why he’d taken her against that tree until I got to Paris a few years later: the tree in front of the Plaza had that same peeling bark you see all over the Champs-Elysees.”

Avedon attended DeWitt Clinton High School in New York City, where one of his classmates and closest friends was the great writer James Baldwin. In addition to his continued interest in fashion and photography, in high school Avedon also developed an affinity for poetry. He and Baldwin served as co-editors of the school’s prestigious literary magazine, The Magpie, and during his senior year, in 1941, Avedon was named “Poet Laureate of New York City High Schools.” After graduating that summer, Avedon enrolled at Columbia University to study philosophy and poetry. However, he dropped out after only one year to serve in the United States Merchant Marine during World War II. As a Photographer’s Mate Second Class, his main duty was taking identification portraits of sailors. Avedon served in the Merchant Marine for two years, from 1942 to 1944.

Upon leaving the Merchant Marine in 1944, Avedon attended the New School for Social Research in New York City to study photography under Alexey Brodovitch, the acclaimed art director of Harper’s Bazaar. Avedon and Brodovitch formed a close bond, and within one year Avedon was hired as a staff photographer for the magazine. After several years photographing daily life in New York City, Avedon was assigned to cover the spring and fall fashion collections in Paris. While legendary editor Carmel Snow covered the runway shows, Avedon’s task was to stage photographs of models wearing the new fashions out in the city itself. Throughout the late 1940s and early 1950s he created elegant black-and-white photographs showcasing the latest fashions in real-life settings such as Paris’s picturesque cafes, cabarets and streetcars.

Already established as one of the most talented young fashion photographers in the business, in 1955 Avedon made fashion and photography history when he staged a photo shoot at a circus. The iconic photograph of that shoot, “Dovima with Elephants,” features the most famous model of the time in a black Dior evening gown with a long white silk sash. She is posed between two elephants,  her back serenely arched as she holds on to the trunk of one elephant while reaching out fondly toward the other. The image remains one of the most strikingly original and iconic fashion photographs of all time. “He asked me to do extraordinary things,” Dovima said of Avedon. “But I always knew I was going to be part of a great picture.”

Avedon served as a staff photographer for Harper’s Bazaar for 20 years, from 1945 to 1965. In addition to his fashion photography, he was also well known for his portraiture. His black-and-white portraits were remarkable for capturing the essential humanity and vulnerability lurking in such larger-than-life figures as President Dwight D. Eisenhower, Marilyn Monroe, Bob Dylan and The Beatles. During the 1960s, Avedon also expanded into more explicitly political photography. He did portraits of civil rights leaders such as Dr. Martin Luther King Jr., Malcolm X and Julian Bond, as well as segregationists such as Alabama Governor George Wallace, and ordinary people involved in demonstrations. In 1969, he shot a series of Vietnam War portraits that included the Chicago Seven, American soldiers and Vietnamese napalm victims.

Avedon left Harper’s Bazaar in 1965, and from 1966 to 1990 he worked as a photographer for Vogue, its chief rival among American fashion magazines. He continued to push the boundaries of fashion photography with surreal, provocative and often controversial pictures in which nudity, violence and death featured prominently. He also continued to take illuminating portraits of leading cultural and political figures, ranging from Stephen Sondheim and Toni Morrison to Hillary Clinton. In addition to his work for Vogue, Avedon was also a driving force behind photography’s emergence as a legitimate art form during the 1960s, ’70s and ’80s. In 1959 he published a book of photographs, Observations, featuring commentary by Truman Capote, and in 1964 he published Nothing Personal, another collection of photographs, with an essay by his old friend James Baldwin.

In 1974 Avedon’s photographs of his terminally ill father were featured at the Museum of Modern Art, and the next year a selection of his portraits was displayed at the Marlborough Gallery. In 1977, a retrospective collection of his photographs, “Richard Avedon: Photographs 1947-1977,” was exhibited at the Metropolitan Museum of Art before beginning an international tour of many of the world’s most famous museums. As one of the first self-consciously artistic commercial photographers, Avedon played a large role in defining the artistic purpose and possibilities of the genre.

“The moment an emotion or fact is transformed into a photograph it is no longer a fact but an opinion,” he once said. “There is no such thing as inaccuracy in a photograph. All photographs are accurate. None of them is the truth.”

Richard Avedon married a model named Dorcas Nowell in 1944, and they remained married for six years before parting ways in 1950. In 1951, he married a woman named Evelyn Franklin; they had one son, John, before they also divorced.

In 1992,  Avedon became the first staff photographer in the history of The New Yorker. “I’ve photographed just about everyone in the world,” he said at the time. “But what I hope to do is photograph people of accomplishment, not celebrity, and help define the difference once again.” His last project for The New Yorker, which remained unfinished, was a portfolio entitled “Democracy” that included portraits of political leaders such as Karl Rove and John Kerry as well as ordinary citizens engaged in political and social activism. 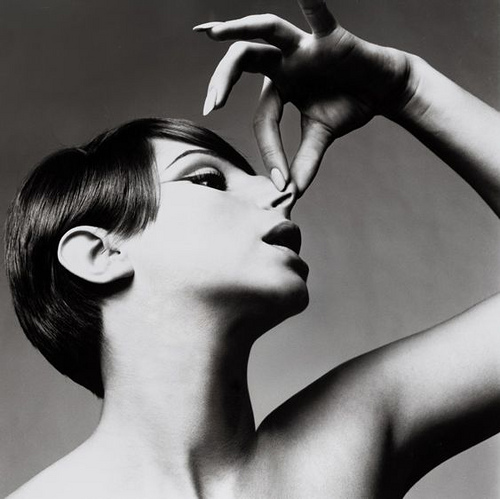 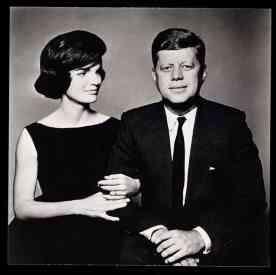 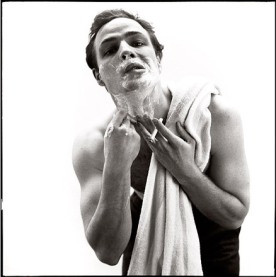 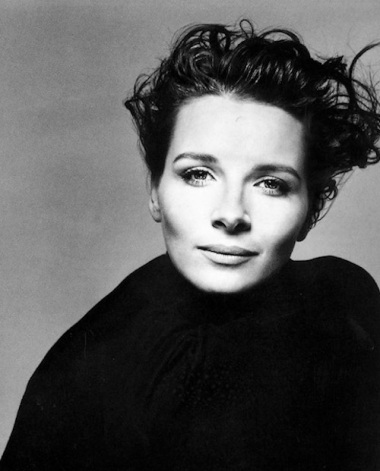 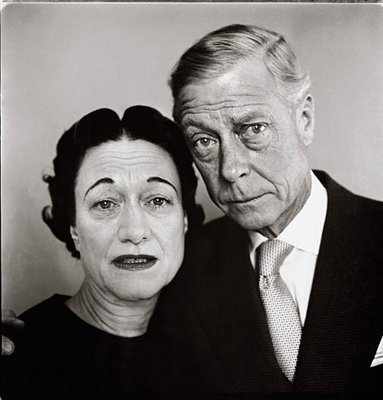 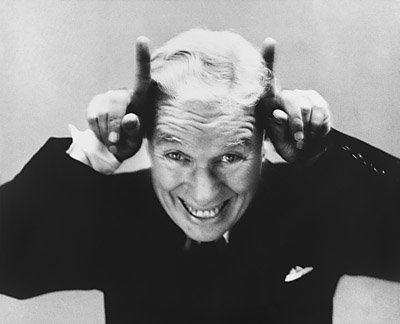 Richard Avedon passed away on October 1, 2004, while on assignment for The New Yorker in San Antonio, Texas. He was 81 years old.

One of the greatest photographers of the 20th century, Richard Avedon expanded the genre of photography with his surreal and provocative fashion photography as well as portraits that bared the souls of some of the most important and opaque figures in the world. Avedon was such a predominant cultural force that he inspired the classic 1957 film Funny Face, in which Fred Astaire’s character is based on Avedon’s life. While much has been and continues to be written about Avedon, he always believed that the story of his life was best told through his photographs. Avedon said, “Sometimes I think all my pictures are just pictures of me. My concern is… the human predicament; only what I consider the human predicament may simply be my own.”