Today is the 70th birthday of Cher.  Love her or love her, there are any number of reasons you love her more, any decade that you love more, any humanitarian cause you love more, but you love her.  She is bad ass at everything she does, be it a Vegas show that would kill performers half her age or calling into C-SPAN to support body armor for our troops.  You love her, it is in our American DNA to love her.  The world is a better place because she is in it. 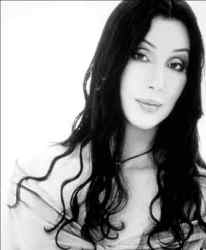 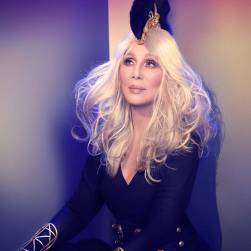 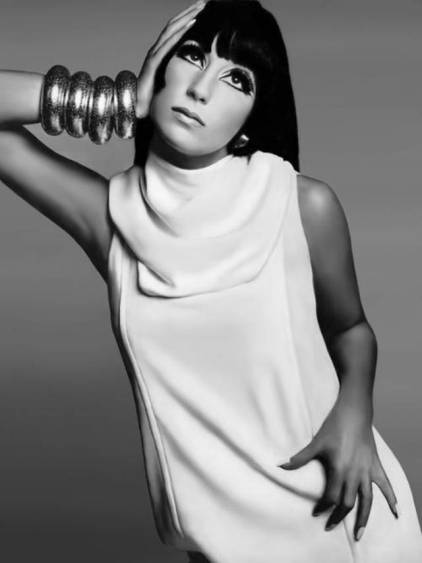 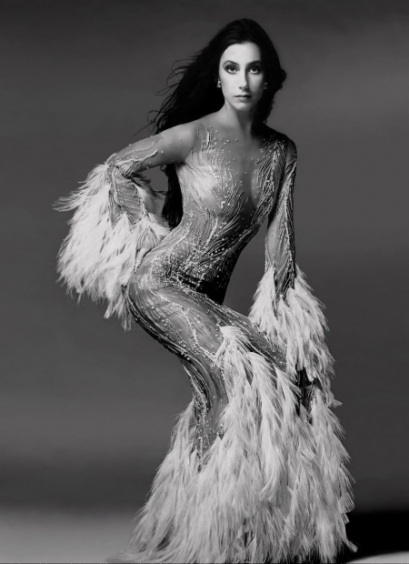 BEST KNOWN FOR: Equally famous for her unusual outfits as for her musical talent, Cher is a singer and actress who got her start as half of Sonny and Cher in the 1960s.

Cher  (born Cherilyn Sarkisian on May 20, 1946) is an American recording artist, television personality, actress, director, record producer and philanthropist. Referred to as the Goddess of Pop, she has won an Academy Award, a Grammy Award, an Emmy Award, three Golden Globes and a Cannes Film Festival Award among others for her work in film, music and television. She is the only person in history to have received all of these awards. Cher began her career as a backup singer and later came to prominence as one half of the pop rock duo Sonny & Cher with the success of their song “I Got You Babe” in 1965. She subsequently established herself as a solo recording artist, and became a television star in 1971 with The Sonny and Cher Comedy Hour, a variety show for which she won a Golden Globe. A well received performance in the film Silkwood earned her a nomination for the Academy Award for Best Supporting Actress of 1983. In the following years, Cher starred in a string of hit films including Mask, The Witches of Eastwick, and Moonstruck, for which she won the Academy Award for Best Actress of 1987.

Cher, throughout a career spanning over 45 years, has broken many records. She is the only artist to reach number one on the Billboard charts in each of the previous six decades. Her hit dance single “Believe” is her biggest-selling recording and was the best-selling single of 1999, having sold over 10 million copies worldwide. She holds the Hot 100 record for the longest hit-making career span, with 33 years between the release of her first and most recent Billboard Hot 100 #1 singles, in 1965 and 1999 and 45 years between her first and most recent #1 ranking on any Billboard chart Cher ended her 3-year-long “Farewell Tour” in 2005 as the most successful tour by a female solo artist of all time. Cher has sold over 100 million albums worldwide. After a three-year hiatus and retirement from touring, Cher returned to the stage in May 2008 at Caesars Palace in Las Vegas where she performed her show Cher at the Colosseum until February 2011. Cher has a deep contralto vocal range.

Unlike her late ex-husband Sonny Bono, Cher has always been a staunch Democrat. She has attended and performed at Democratic Party conventions and events. Today, she considers herself a Democrat by default, but more of an Independent. Cher has always defined herself as an anti-war activist; she demonstrated against the Vietnam War, and the video for “Turn Back Time” in 1989 was sometimes interpreted as an admonition against the military: “Make love, not war.”  On October 27, 2003, Cher anonymously called a C-SPAN phone-in program. She recounted a visit she had made to maimed soldiers at the Walter Reed Army Medical Center and criticized the lack of media coverage and government attention given to injured servicemen.  She also remarked that she watches C-SPAN every day. Though she simply identified herself as an unnamed entertainer with the USO, she was recognized by the C-SPAN host.

On Memorial Day weekend in 2006, Cher called in again, endorsing Operation Helmet, an organization started by a doctor that provides helmet upgrade kits free of charge to troops in Iraq and Afghanistan, as well as to those ordered to deploy in the near future. She identified herself as a caller from Malibu, California, and proceeded to complain about the current presidential administration. She read aloud a letter from a soldier on the ground in Iraq, praising Operation Helmet’s efforts, and decrying the lack of protection afforded by the military’s provisions for troops. It has been reported that Cher has so far donated over US$130,000 to Operation Helmet.

FILMOGRAPHY AS DIRECTOR
If These Walls Could Talk (11-Sep-1996)