Today is 92nd birthday of Colleen Dewhurst.  I was lucky enough to sit in on a Master Class given by her at Interlochen and was blown away by her life and career.  To be honest, I had only known her from the Anne of Green Gables series, but her stories and inspiration that day compelled me to see more.  That voice!  She was an amazing example of how life should be spent.  The world is better because she was in it and still feels the loss that she has left.

Colleen Rose Dewhurst was a Canadian-American actress known for a while as “the Queen of Off-Broadway.” In her autobiography, Dewhurst wrote: “I had moved so quickly from one Off-Broadway production to the next that I was known, at one point, as the ‘Queen of Off-Broadway’. This title was not due to my brilliance but rather because most of the plays I was in closed after a run of anywhere from one night to two weeks. I would then move immediately into another.” She was a renowned interpreter of the works of Eugene O’Neill on the stage, and her career also encompassed film, early dramas on live television, and Joseph Papp‘s New York Shakespeare Festival. She was also renowned for her television work playing Marilla Cuthbert in the Kevin Sullivan TV movie adaptations of the Anne of Green Gables series and her reprisal of the role in the subsequent TV series Road to Avonlea (marketed as just Avonlea in the US).

Her most significant achievement was the 1974 Broadway revival of O’Neill’s A Moon for the Misbegotten as the farm girl Josie Hogan opposite Jason Robards’s Jamie. Dewhurst won a Tony Award for her work. Dewhurst played Katharina in a 1956 production of Taming of the Shrew for Papp. She (as recounted in her posthumous obituary in collaboration with Tom Viola) wrote:

With Brooks Atkinson’s blessing, our world changed overnight. Suddenly in our audience of neighbors in T-shirts and jeans appeared men in white shirts, jackets and ties, and ladies in summer dresses. We were in a hit that would have a positive effect on my career, as well as Joe’s, but I missed the shouting.

Dewhurst played Shakespeare’s Cleopatra and Lady Macbeth for Papp and, years later, Gertrude in a production of Hamlet at the Delacorte Theatre in Central Park.
Dewhurst and Scott met while working together in 1958, in Children of Darkness, while they were both married to other people. Dewhurst and Scott married and divorced twice. They had two sons, Alexander Scott and actor Campbell Scott. Colleen Dewhurst won two Tony Awards and four Emmy Awards.

She appeared with Ingrid Bergman in a production of O’Neill’s More Stately Mansions on Broadway in 1967. Quintero also directed her in O’Neill’s Long Day’s Journey into Night and Mourning Becomes Electra. She appeared in Edward Albee‘s adaptation of Carson McCullers’ Ballad of the Sad Cafe, and she played Albee’s Martha in a Broadway revival of Who’s Afraid of Virginia Woolf which Albee directed himself. She won a Tony Award for Best Featured Actress in 1961 for All The Way Home.

She appeared in 1962 as Joanne Novak in the episode “I Don’t Belong in a White-Painted House” in NBC’s medical drama, The Eleventh Hour, starring Wendell Corey and Jack Ging. Dewhurst appeared opposite her then-husband, Scott, in a 1971 television adaptation of Arthur Miller’s The Price, on Hallmark Hall of Fame, an anthology series, and there is another television recording of them together when she played Elizabeth Proctor to his unfaithful John in Miller’s The Crucible (with Tuesday Weld. In 1977, Woody Allen cast her in his film Annie Hall as Annie’s mother.

In 1972 she played a madam, Mrs. Kate Collingwood, in The Cowboys (1972), which starred John Wayne. In 1985, she played the role of Marilla Cuthbert in Kevin Sullivan’s adaptation of Lucy Maud Montgomery’s novel Anne of Green Gables, and reprised the role in 1987’s Anne of Avonlea (also known as Anne of Green Gables: The Sequel), and in several episodes of Kevin Sullivan’s Road to Avonlea. Dewhurst died before the character of Marilla could be written out and her final scenes were picked up off the editing-room floor and pieced together for her death scene.

During 1989 and 1990, she appeared in a supporting role on the television series Murphy Brown playing the feisty mother of Candice Bergen’s title character; this role earned her two Emmy Awards. 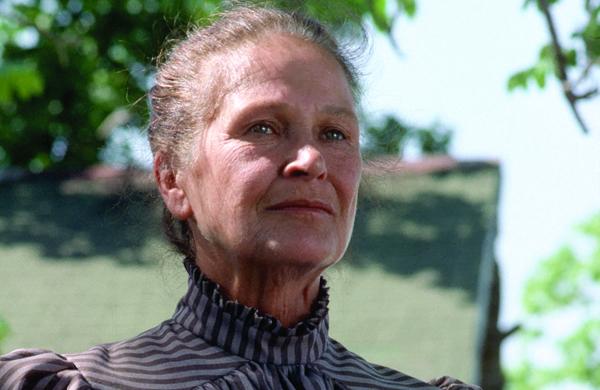 Dewhurst was president of the Actors’ Equity Association from 1985 until her death from cervical cancer in 1991. Dewhurst’s Christian Science beliefs[citation needed] led to her refusal to countenance any kind of surgical treatment. Maureen Stapleton wrote about Dewhurst:

Colleen looked like a warrior, so people assumed she was the earth mother. But in real life Colleen was not to be let out without a keeper. She couldn’t stop herself from taking care of people, which she then did with more care than she took care of herself. Her generosity of spirit was overwhelming and her smile so dazzling that you couldn’t pull the fucking reins in on her even if you desperately wanted to and knew damn well that somebody should.

Dewhurst was married to James Vickery from 1947 to 1960. Later she was twice married and divorced from stage, film and television actor George C. Scott for a total of approximately 10 years. The couple had two sons, Alexander and Campbell, an actor. She co-starred with Campbell in Dying Young (1991), one of her last performances.

During the last years of her life, she lived on a farm in South Salem, New York, with her partner, Ken Marsolais. They also had a summer home on Prince Edward Island, Canada.