Today is the 137th birthday of Margaret Sanger.  We all owe her a great deal of gratitude for the her perseverance for a cause we all but take for granted today.  The world is a better place because she was in it and still feels the loss that she has left. 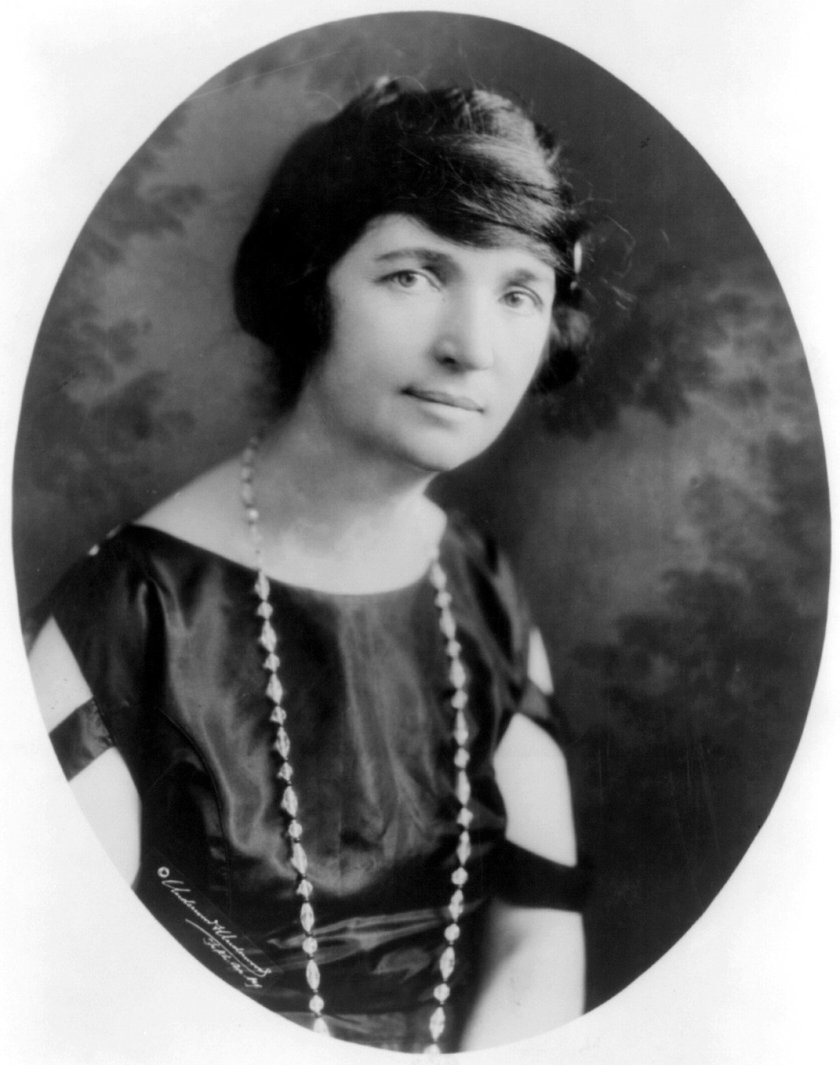 BEST KNOWN FOR: Margaret Sanger was an early feminist and women’s rights activist who coined the term “birth control” and worked towards its legalization.

Activist, social reformer. Born Margaret Higgins on September 14, 1879, in Corning, New York. She was one of 11 children born into a Roman Catholic working-class Irish American family. Her mother, Anne, had several miscarriages, and Margaret believed that all of these pregnancies took a toll on her mother’s health and contributed to her early death at the age of 40 (some reports say 50). The family lived in poverty as her father, Michael, an Irish stonemason, preferred to drink and talk politics than earn a steady wage.

Seeking a better life, Sanger attended Claverack College and Hudson River Institute in 1896. She went on to study nursing at White Plains Hospital four years later. In 1902, she married William Sanger, an architect. The couple eventually had three children together.

In 1910, the Sangers moved to New York City, settling in the Manhattan neighborhood of Greenwich Village. The area was a bohemian enclave known for its radical politics at the time, and the couple became immersed in that world. They socialized with the likes of writer Upton Sinclair and anarchist Emma Goldman. Sanger joined the Women’s Committee of the New York Socialist Party and the Liberal Club. A supporter of the Industrial Workers of the World union, she participated in a number of strikes.

Sanger started her campaign to educate women about sex in 1912 by writing a newspaper column called “What Every Girl Should Know.” She also worked as a nurse on the Lower East Side, at the time a predominantly poor immigrant neighborhood. Through her work, Sanger treated a number of women who had undergone back-alley abortions or tried to self-terminate their pregnancies. Sanger objected to the unnecessary suffering endured by these women, and she fought to make birth control information and contraceptives available. She also began dreaming of a “magic pill” to be used to control pregnancy. “No woman can call herself free until she can choose consciously whether she will or will not be a mother,” Sanger said.

In 1914, Sanger started a feminist publication called The Woman Rebel, which promoted a woman’s right to have birth control. The monthly magazine landed her in trouble, as it was illegal to send out information on contraception through the mail. The Comstock Act of 1873 prohibited the trade in and circulation of “obscene and immoral materials.” Championed by Anthony Comstock, the act included publications, devices, and medications related to contraception and abortion in its definition of obscene materials. It also made mailing and importing anything related to these topics a crime.

Rather than face a possible five-year jail sentence, Sanger fled to England. While there, she worked in the women’s movement and researched other forms of birth control, including diaphragms, which she later smuggled back into the United States. She had separated from her husband by this time, and the two later divorced. Embracing the idea of free love, Sanger had affairs with psychologist Havelock Ellis and writer H. G. Wells.

Sanger returned to the United States in October 1915, after charges against her had been dropped. She began touring to promote birth control, a term that she coined. In 1916, she opened the first birth control clinic in the United States. Sanger and her staff, including her sister Ethel, were arrested during a raid of the Brooklyn clinic nine days after it opened. They were charged with providing information on contraception and fitting women for diaphragms. Sanger and her sister spent 30 days in jail for breaking the Comstock law. Later appealing her conviction, she scored a victory for the birth control movement. The court wouldn’t overturn the earlier verdict, but it made an exception in the existing law to allow doctors to prescribe contraception to their female patients for medical reasons. Around this time, Sanger also published her first issue of The Birth Control Review.

In 1921, Sanger established the American Birth Control League, a precursor to today’s Planned Parenthood Federation of America. She served as its president until 1928. In 1923, while with the league, she opened the first legal birth control clinic in the United States. The clinic was named the Birth Control Clinical Research Bureau. Also around this time, Sanger married for her second husband, oil businessman J. Noah H. Slee. He provided much of the funding for her efforts for social reform.

Wanting to advance her cause through legal channels, Sanger started the National Committee on Federal Legislation for Birth Control in 1929. The committee sought to make it legal for doctors to freely distribute birth control. One legal hurdle was overcome in 1936, when the U.S. Court of Appeals allowed for birth control devices and related materials to be imported into the country.

For all of her advocacy work, Sanger was not without controversy. She has been criticized for her association with eugenics, a branch of science that seeks to improve the human species through selective mating. As grandson Alexander Sanger, chair of the International Planned Parenthood Council, explained, “She believed that women wanted their children to be free of poverty and disease, that women were natural eugenicists, and that birth control, which could limit the number of children and improve their quality of life, was the panacea to accomplish this.” Still Sanger held some views that were common at the time, but now seem abhorrent, including support of sterilization for the mentally ill and mentally impaired. Despite her controversial comments, Sanger focused her work on one basic principle: “Every child should be a wanted child.”

Sanger stepped out of the spotlight for a time, choosing to live in Tucson, Arizona. Her retirement did not last long, however. She worked on the birth control issue in other countries in Europe and Asia, and she established the International Planned Parenthood Federation in 1952. Still seeking a “magic pill,” Sanger recruited Gregory Pincus, a human reproduction expert, to work on the problem in the early 1950s. She found the necessary financial support for the project from Katharine McCormick, the International Harvester heiress. This research project would yield the first oral contraceptive, Enovid, which was approved by the Food and Drug Administration in 1960.

Sanger lived to see another important reproductive rights milestone in 1965, when the Supreme Court made birth control legal for married couples in its decision on Griswold v. Connecticut. She died a year later on September 6, 1966, in a nursing home in Tucson, Arizona. Across the nation, there are numerous women’s health clinics that carry the Sanger name—in remembrance of her efforts to advance women’s rights and the birth control movement.