Today is the 132nd birthday of Maxwell Perkins.  My first exposure to him was from reading a book of correspondence between him and F. Scott Fitzgerald.  He was Fitzgerald’s editor at the time and they would write back and forth keeping each other informed on how new works were progressing and finished works were being published.  I have gone on the read the Scott Berg biography on him and that rounded out the picture for me.  You should always read a Scott Berg biography.  I think I have read them all.  The world is a better place because he was in it and still feels the loss that he has left. 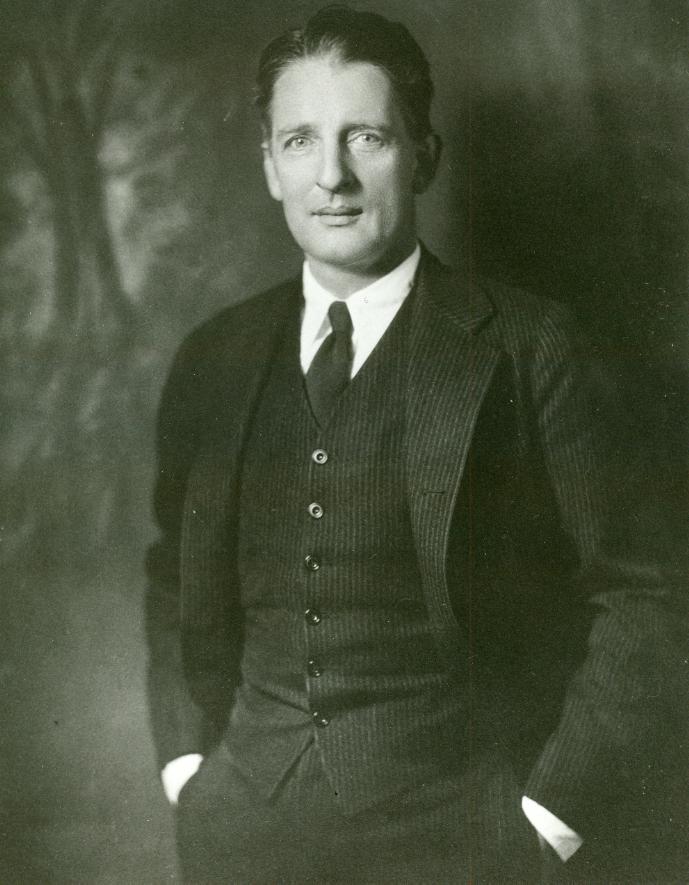 BEST KNOWN FOR: Maxwell Perkins was an influential editor who worked with such authors as Ernest Hemingway, F. Scott Fitzgerald and Thomas Wolfe.

Maxwell Perkins was born on September 20, 1884, in New York City, at his family’s home on the corner of Second Avenue and 14th Street. After high school, Perkins attended Harvard University, as had many members of his family before him. After graduation (1907), Perkins was a reporter for a short period at The New York Times, but in 1910 he landed a job as an advertising manager with Charles Scribner’s Sons, the publishing house where he would truly make his mark. (This was the same year Perkins married Louise Saunders, with whom he went on to have five daughters.)

Scribner’s was a traditional publishing house, with a serious if staid stable of writers (e.g., Henry James and Edith Wharton). When Perkins joined the editorial staff in 1914, little did he know he would end up revolutionizing the company and American literature.

Four years after moving into editorial, Perkins began his upward push when a manuscript called The Romantic Egoist hit his desk. It was the first novel by a 22-year-old Princeton graduate, and it came with a host of negative comments from others who had already perused its pages. But something about it caught Perkins’ eye, and he contacted the writer to make some edits. The writer was F. Scott Fitzgerald, and while arguing the merits of Fitzgerald’s book, Perkins said, “If we aren’t going to publish a talent like this, it is a very serious thing . . . . we might as well go out of business.”

Fitzgerald rewrote the work twice before Scribner’s agreed to publish it, under the name This Side of Paradise (1920). The book was a huge success, and it launched Fitzgerald to international literary stardom. Perkins was also instrumental in shaping Fitzgerald’s The Great Gatsby, called by some the greatest American novel ever written.

Four years later, Fitzgerald pointed Perkins in the direction of another up-and-coming American writer living in Paris: Ernest Hemingway. Perkins made contact, and two years later Scribner’s, under Perkin’s guidance, published the 27-year-old Hemingway’s first novel, The Sun Also Rises. As had This Side of Paradise, Hemingway’s first book caused literary waves around the world, and a new movement was under way, with Perkins at its heart. Perkins would work on subsequent books by both Fitzgerald and Hemingway, as well as books by writers such as Ring Lardner, Sherwood Anderson and Martha Gellhorn (who would become Hemingway’s third wife).

In what would mark the beginning of a tumultuous and important literary and personal relationship, in 1928 Thomas Wolfe submitted to Scribner’s his first novel, titled O Lost, a sprawling 1,114-page coming-of-age novel that had already been rejected by a handful of publishers. Perkins and Wolfe spent months editing and restructuring the work, hammering it into what would become known as Look Homeward, Angel (1929), a book that would go on to become a classic. Perkins and Wolfe worked together again, but they eventually had a dramatic falling-out over Perkins’ methods, and Wolfe left Scribner’s.

Perkins, however, has come to represent how important an editor can be for an author. A collection of his correspondence to his authors and others, Editor to Author, was published in 1950, three years after his death at age 62.