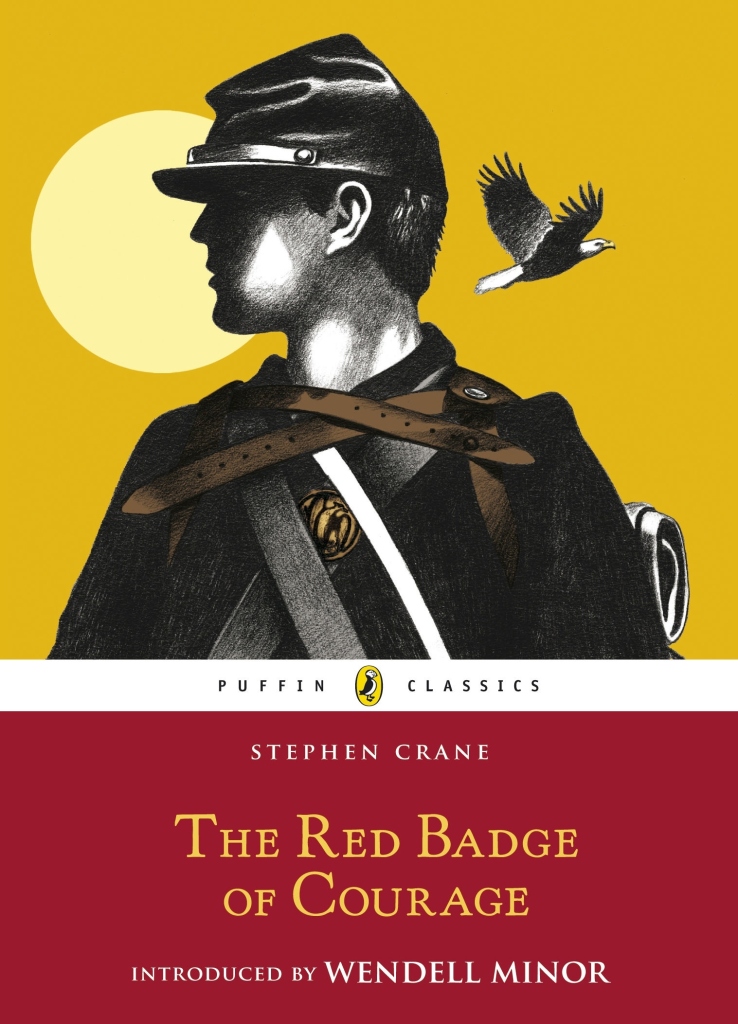 Restricting excess and refusing to allow teachers to teach books is still a form of censorship in many cases. Crane’s book was among many on a list compiled by the Bay District School board in 1986 after parents began lodging informal complaints about books in an English classroom library.

Stephen Crane was born in 1871 in Newark, New Jersey. The fourteenth child of highly religious Methodist parents, Crane lapsed into a rebellious childhood during which he spent time preparing for a career as a professional baseball player. After brief flirtations with higher learning at Lafayette College and Syracuse University, Crane turned to writing full-time. Convinced that he must invest his work with the authenticity of experience, he often went to outlandish lengths to live through situations that he intended to work into his novels. For his first book, Maggie, a Girl of the Streets (1893), Crane lived in poverty in the Bowery slum of New York City. Similarly, he based his short story “The Open Boat” on his experience as a castaway from a shipwreck.

Crane’s most enduring work, the short novel The Red Badge of Courage, was published in 1895. Though initially not well received in the United States, The Red Badge of Courage was a massive success in England. The attention of the English critics caused many Americans to view the novel with renewed enthusiasm, catapulting the young Crane into international literary prominence. His realistic depictions of war and battle led to many assignments as a foreign correspondent for newspapers, taking him to such locales as Greece, Cuba, and Puerto Rico. He published volumes of poetry as well as many works of fiction, including the landmark “The Open Boat” (1897). In 1899, Crane moved into a medieval castle in England with his lover, the former madam of a Jacksonville brothel. Here Crane wrote feverishly, hoping to pay off his debts. His health began to fail, however, and he died of tuberculosis in June 1900, at the age of twenty-eight.

Ironically, for a writer so committed to the direct portrayal of his own experience, Crane’s greatest work is almost entirely a product of his imagination. When he wrote The Red Badge of Courage, Crane had neither fought in war nor witnessed battle, and was forced to rely on his powers of invention to create the extraordinarily realistic combat sequences of the novel. His work proved so accurate that, at the time of the book’s publication, most critics assumed that Crane was an experienced soldier.

Based loosely on the events of the Civil War Battle of Chancellorsville (May 2–6, 1863)—though neither the battle, the war, nor the armies are named in the book—The Red Badge of Courage shattered American preconceptions about what a war novel could be. In the decades before Crane’s novel, most fiction about the Civil War was heavily idealistic, portraying the conflict as a great clash of opposed ideals. Whereas previous writers had taken a large, epic view, Crane focused on the individual psychology of a single soldier, Private Henry Fleming, during his first experiences of battle. In this narrowed scope, Crane represents Henry’s mind as a maze of illusions, vanity, and romantic naïveté, challenged by the hard lessons of war. Crane does not depict a world of moral absolutes, but rather a universe utterly indifferent to human existence.

This startling and unexpected shift drew the world’s attention to The Red Badge of Courage, as did the novel’s vivid and powerful descriptions of battle. With its combination of detailed imagery, moral ambiguity, and terse psychological focus, The Red Badge of Courage exerted an enormous influence on twentieth-century American fiction, particularly, on the writings of the modernists. These qualities continue to make the work absorbing and important more than a century after it was written.