Today is the 74th birthday of the artist and public television personality Bob Ross.  There is a generation of people that watched The Joy of Painting sincerely (not ironically) and sincerely loved it.  The world is a better place because he was in it and still feels the loss that he has left.

Best Known For:  Known for his fast and easy “wet-on-wet” painting technique, Bob Ross reached millions of art lovers with his popular television program The Joy of Painting.

Bob Ross, television’s famous painting instructor, was born Robert Norman Ross in Daytona, Florida, on October 29, 1942. He was raised in Orlando, Florida. After dropping out of school in the ninth grade, Ross served in the U.S. Air Force. During his service, he took his first painting lesson at an Anchorage, Alaska United Service Organizations club. From that point on, he was “hooked,” a term he would use frequently during his years as a painting instructor.

After returning from the Air Force, Ross attended various art schools until he learned the technique of “wet-on-wet” from William Alexander (later his bitter rival), where oil paints are applied directly on top of one another to produce complete paintings (mostly landscapes) in less than an hour. Ross taught wet-on-wet to several friends and colleagues, and in the early 1980s, he was given his on show on PBS based on the technique. 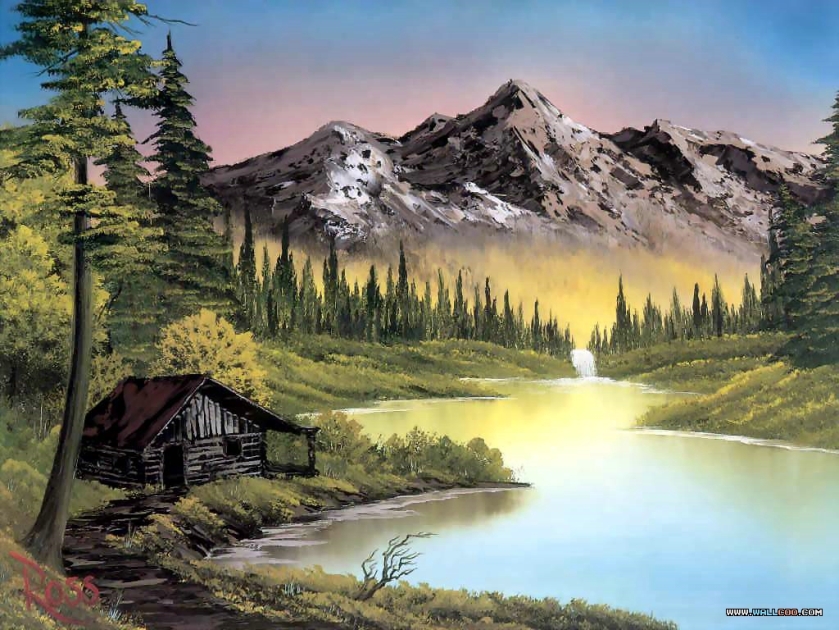 Ross’s instructional program, The Joy of Painting, premiered in 1983 on PBS, where it would run for more than a decade and attract millions of viewers. As a TV painting instructor, Ross became known for his light humor and gentle demeanor, as well as his ability to complete a painting in 30 minutes. The Joy of Painting would eventually be carried by more than 275 stations, spawning an empire that would include videos, how-to books, art supplies and certified Bob Ross instructors.

The Joy of Painting was canceled in 1994 so that Ross could focus on his health; the famous TV instructor and host had been diagnosed with lymphoma around that same time.

Ross died from lymphoma at the age of 52, on July 4, 1995, in New Smyrna Beach, Florida. The majority of his original oil paintings were donated to charities or to PBS stations. Today, Ross remains one of the best-known and highest-paid American painters. His legacy lives on through a number of facets, including a fan-based Twitter page of more than 15,000 followers.