Today is the 56th birthday of Jean-Michel Basquait.  I became fascinated with him while I was in high school, having been ‘introduced’ to him through my fascination of Andy Warhol.  I immediately became a fan of his ‘outsider art,’ by which I mean, art that was not just a pretty little painting.  It was a scream, an anthem, a manifesto, a righting of wrongs, and quite possibly a cry for help.  It was challenging and didn’t give you an easy time trying to like it.  I love his art for that.  There is a lot of complexity in primitive painting, a lot of behind-the-scenes  brilliance in making simplicity.  My answer to the “That’s Not Art, Even I Could Paint That” critics has always been:  “Well Do It, Then.”  The world is a better place because he was in it and still feels the loss that he has left.

Jean Michel didn’t have anything to write his phone number on for Richard Gere except this painting of mine, so he wrote it on that and gave the painting to Richard. – Andy Warhol’s diary entry of November 13, 1983

BEST KNOWN FOR:  Jean-Michel Basquiat was a Neo-Expressionist painter in the 1980s. He is best known for his primitive style and his collaboration with pop artist Andy Warhol.

Artist Jean-Michel Basquiat was born in Brooklyn, New York, on December 22, 1960. With a Haitian-American father and a Puerto Rican mother, Basquiat‘s diverse cultural heritage was one of his many sources of inspiration.

A self-taught artist, Basquiat began drawing at an early age on sheets of paper his father, an accountant, brought home from the office. As he delved deeper into his creative side, his mother strongly encouraged to pursue artistic talents. 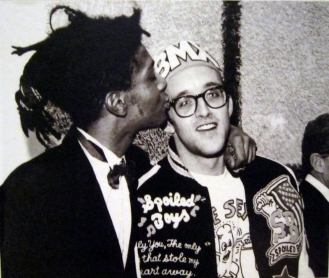 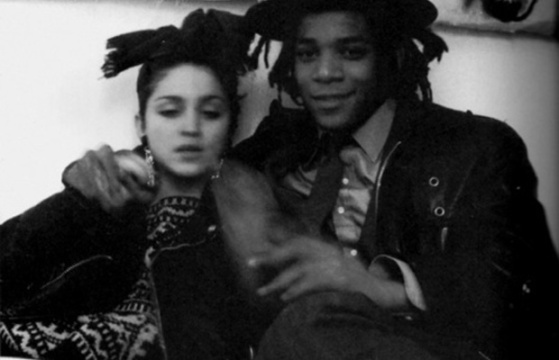 Basquiat first attracted attention for his graffiti in New York City in the late 1970s, under the name “SAMO.” Working with a close friend, he tagged subway trains and Manhattan buildings with cryptic aphorisms.

In 1977, Basquiat quit high school a year before he was slated to graduate. To make ends meet, he sold sweatshirts and postcards featuring his artwork on the streets of his native New York.

Three years of struggle gave way to fame in 1980, when his work was featured in a group show. His work and style received critical acclaim for the fusion of words, symbols, stick figures, and animals. Soon, his paintings came to be adored by an art loving public that had no problem paying as much as $50,000 for a Basquiat original. 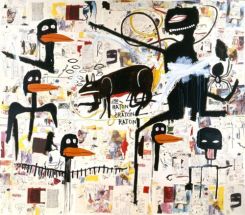 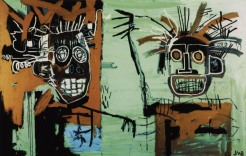 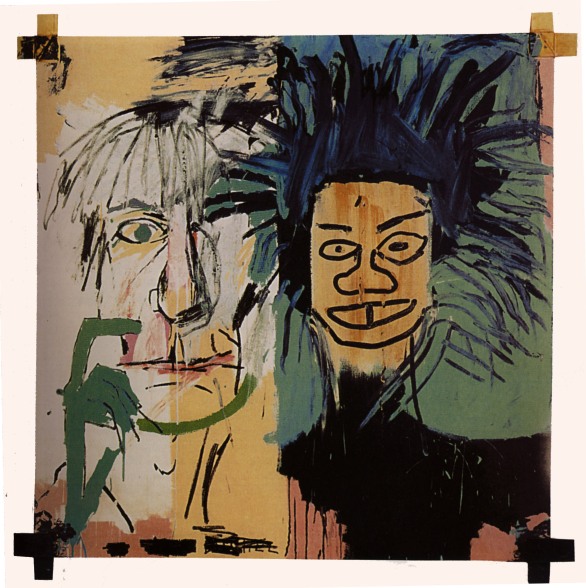 His rise coincided with the emergence of a new art movement, Neo-Expressionism, ushering in a wave of new, young and experimental artists that included Julian Schnabel and Susan Rothenberg.

In the mid 1980s, Basquiat collaborated with famed pop artist Andy Warhol, which resulted in a show of their work that featured a series of corporate logos and cartoon characters.

On his own, Basquiat continued to exhibit around the country and the world. In 1986, he traveled to Africa for a show in Abidjan, Ivory Coast. That same year, the 25-year-old exhibited nearly 60 paintings at the Kestner-Gesellschaft Gallery in Hanover, Germany—becoming the youngest artist to ever showcase his work there.

As his popularity soared, so did Basquiat’s personal problems. By the mid-1980s, friends became increasingly concerned by his excessive drug use. He became paranoid and isolated himself from the world around him for long strethes. Desperate to kick a heroin addiction, he left New York for Hawaii in 1988, returning a few months later and claiming to be sober.

Sadly, he wasn’t. Basquiat died of a drug overdose on August 12, 1988, in New York City. He was 27 years old. Although his art career was brief, Jean-Michel Basquiat has been credited with bringing the African-American and Latino experience in the elite art world.