Today is the 72nd birthday of the woman who said: I get it now; I didn’t get it then. That life is about losing and about doing it as gracefully as possible…and enjoying everything in between. Mia Farrow. Maybe that seems sad and focusing on the negative a bit more than one should, but it rings very true to me. Watch The Great Gatsby, it is achingly beautiful. The world is a better place that she is in it. 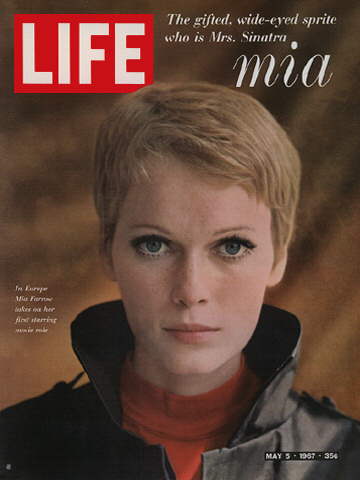 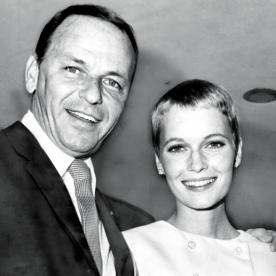 BEST KNOWN FOR: Mia Farrow is an American actress who starred in Rosemary’s Baby. She dated Woody Allen for more than a decade before the relationship ended in scandal.

Mia Farrow was born on February 9, 1945, in Los Angeles, California, the daughter of director John Farrow and actress Maureen O’Sullivan. Farrow is known for her roles in such films as Rosemary’s Baby (1968), The Great Gatsby (1974) and Hannah and Her Sisters (1986).

Although she had a bit part in her father’s film John Paul Jones (1959), Farrow began to seriously pursue acting as a career in 1963 with her theatrical debut in an off-Broadway production of The Importance of Earnest. The next year, she became a television star, portraying Alison Mackenzie in the nighttime drama Peyton Place. 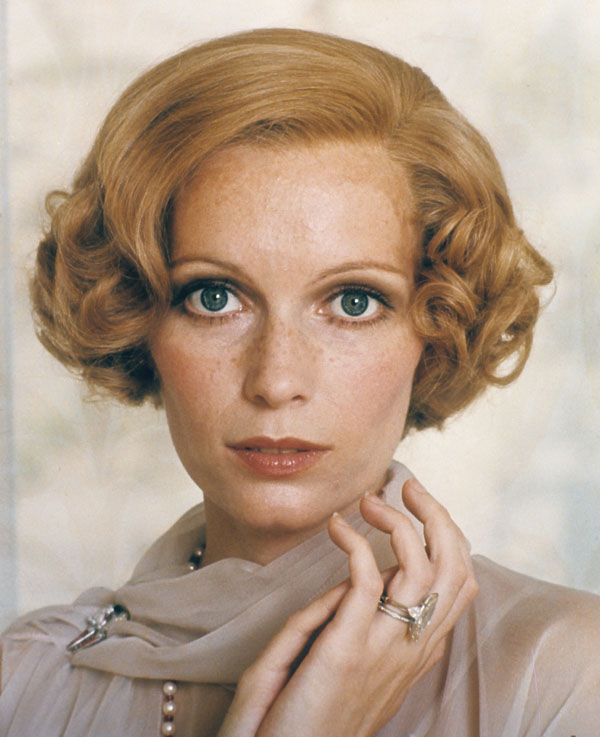 After two years on the show, Farrow left to do movies. She has often portrayed vulnerable characters. In Roman Polanski’s Rosemary’s Baby, Farrow starred as a woman who finds herself surrounded by Satanists and impregnated by the devil. For The Great Gatsby (1974), she played Daisy Buchanan opposite Robert Redford as Jay Gatsby.

In the 1980s, Mia Farrow began her collaboration with director Woody Allen both on and off-screen. She appeared in several of Allen’s films, including The Purple Rose of Cairo (1985), Hannah and Her Sisters (1986) and Husbands and Wives (1992).

A well-regarded, but underrated actress, Farrow has received more attention for her personal life than her talents. She was married to Frank Sinatra from 1966 to 1968. Farrow later married Andre Previn in 1970; they have three children together as well as three daughters they adopted during their marriage. The couple divorced in 1979. She was involved in a long-term relationship with Allen, and they had one child together. Allen also adopted two more children with her. The couple split in 1992 after Farrow discovered that Allen and her adopted daughter, were involved in a sexual relationship. Allen and Farrow have been estranged since Allen’s and Soon-Yi’s marriage in 1997.

After their relationship ended, Farrow and Allen engaged in a bitter custody battle, with Farrow eventually winning sole custody of their children and Allen being forced to pay $3 million to her. Besides her children with Previn and Allen, Farrow has also adopted children on her own.

Mia Farrow continues to work in film and on television. She guest-starred on several episodes of the television drama Third Watch between 2000 and 2003, and appeared as the evil nanny in the remake of the horror classic The Omen in 2006. That same year, Farrow had a role in the comedy The Ex (2006) with Zach Braff, Jason Bateman and Amanda Peet. In 2008, she starred with Jack Black, Mos Def and Danny Glover in the film Be Kind Rewind. More recently, Farrow appeared in the animated children’s films Arthur and the Great Adventure (2009) and Arthur 3: The War of the Two Worlds (2010), and in the drama-comedy Dark Horse (2011).

In October 2013, Farrow made headlines when she said that Sinatra could be the father of her 25-year-old son, Ronan, Farrow’s only official biological child with Woody Allen. When asked whether Sinatra might be Ronan’s father in an interview with Vanity Fair, Farrow replied, “Possibly.” Also during the interview, she called Sinatra the love of her life, saying, “We never really split up.” In response to the buzz surrounding his mother’s comments, Ronan jokingly tweeted: “Listen, we’re all *possibly* Frank Sinatra’s son.”