Today is the 83rd birthday of the woman that said I haven’t accomplished anything alone, but I was fortunate to be part of a revived feminist movement. Ruth Bader Ginsburg. Her long fight for same-sex marriage, and immigrant and reproductive rights must be recognized, appreciated and continued by everyone. Next year, Simon & Schuster will publish a compendium of essays and speeches given by RBG. I guarantee it will become part of everyone’s Required Reading. The world is a better place because she is in it. 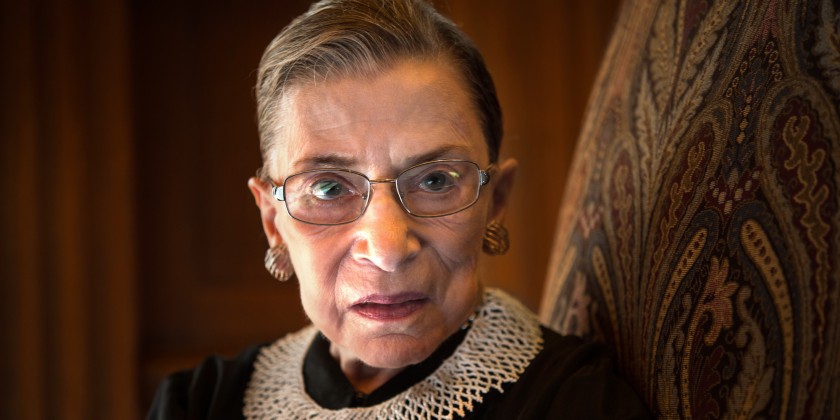 BEST KNOWN FOR: Ruth Bader Ginsburg is a U.S. Supreme Court Justice, the second woman to be appointed to the position.

Ruth Joan Bader Ginsburg was born Ruth Joan Bader on March 15, 1933, in Brooklyn, New York. The second daughter of Nathan and Celia Bader, she grew up in a low-income, working-class neighborhood in Brooklyn. Ginsburg’s mother, who was a major influence in her life, taught her the value of independence and a good education.

[W]hen I’m sometimes asked when will there be enough [women on the supreme court]? And I say ‘When there are nine.’ People are shocked. But there’d been nine men, and nobody’s ever raised a question about that.

Celia herself did not attend college, but instead worked in a garment factory to help pay for her brother’s college education, an act of selflessness that forever impressed Ginsburg. At James Madison High School in Brooklyn, Ginsburg worked diligently and excelled in her studies. Sadly, her mother struggled with cancer throughout Ginsburg’s high school years and died the day before Ginsburg’s graduation.

Ginsburg earned her bachelor’s degree in government from Cornell University in 1954, finishing first in her class. She married law student Martin D. Ginsburg that same year. The early years of their marriage were challenging, as their first child, Jane, was born shortly after Martin was drafted into the military in 1954. He served for two years and, after his discharge, the couple returned to Harvard, where Ginsburg also enrolled.

Dissents speak to a future age. It’s not simply to say, ‘my colleagues are wrong and I would do it this way,’ but the greatest dissents do become court opinions.

At Harvard, Ginsburg learned to balance life as a mother and her new role as a law student. She also encountered a very male-dominated, hostile environment, with only eight other females in her class of more than 500. The women were chided by the law school’s dean for taking the places of qualified males. But Ginsburg pressed on and excelled academically, eventually becoming the first female member of the prestigious Harvard Law Review. 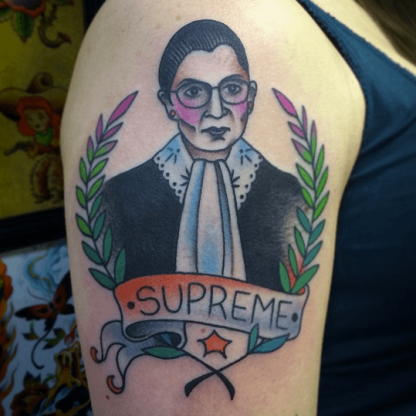 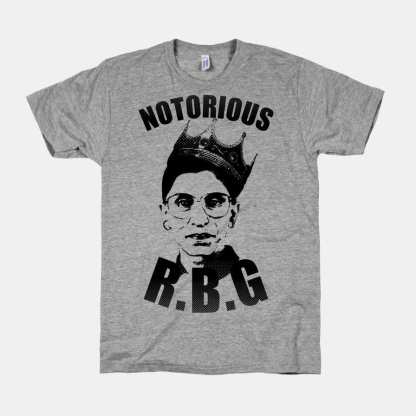 Then, another challenge: Martin contracted testicular cancer in 1956, requiring intensive treatment and rehabilitation. Ruth Ginsburg attended to her young daughter and convalescing husband, taking notes for him in classes while she continued her own law studies. Martin recovered, graduated from law school, and accepted a position at a New York law firm.

To join her husband in New York City, Ginsburg transferred to Columbia Law School, where she was elected to the school’s law review. She graduated first in her class in 1959. Despite her outstanding academic record, however, Ginsburg continued to encounter gender discrimination while seeking employment after graduation.

Feminism … I think the simplest explanation, and one that captures the idea, is a song that Marlo Thomas sang, ‘Free to be You and Me.’ Free to be, if you were a girl—doctor, lawyer, Indian chief. Anything you want to be. And if you’re a boy, and you like teaching, you like nursing, you would like to have a doll, that’s OK too. That notion that we should each be free to develop our own talents, whatever they may be, and not be held back by artificial barriers—manmade barriers, certainly not heaven sent.

After clerking for U.S. District Judge Edmund L. Palmieri (1959–61), Ginsburg taught at Rutgers University Law School (1963–72) and at Columbia (1972–80), where she became the school’s first female tenured professor. During the 1970s, she also served as the director of the Women’s Rights Project of the American Civil Liberties Union, for which she argued six landmark cases on gender equality before the U.S. Supreme Court.

However, Ginsburg also believed that the law was gender-blind and all groups were entitled to equal rights. One of the five cases she won before the Supreme Court involved a portion of the Social Security Act that favored women over men because it granted certain benefits to widows but not widowers.

In 1980, President Jimmy Carter appointed Ruth Bader Ginsburg to the U.S. Court of Appeals for the District of Columbia. She served there until she was appointed to the U.S. Supreme Court in 1993 by President Bill Clinton, selected to fill the seat vacated by Justice Byron White. President Clinton wanted a replacement with the intellect and political skills to deal with the more conservative members of the Court.

The Senate Judiciary Committee hearings were unusually friendly, despite frustration expressed by some senators over Ginsburg’s evasive answers to hypothetical situations. Several expressed concerned over how she could transition from social advocate to Supreme Court Justice. In the end, she was easily confirmed by the Senate, 96–3.

As a judge, Ruth Ginsburg favors caution, moderation and restraint. She is considered part of the Supreme Court’s moderate-liberal bloc presenting a strong voice in favor of gender equality, the rights of workers and the separation of church and state. In 1996, Ginsburg wrote the Supreme Court’s landmark decision in United States v. Virginia, which held that the state-supported Virginia Military Institute could not refuse to admit women. In 1999, she won the American Bar Association’s Thurgood Marshall Award for her contributions to gender equality and civil rights.

Despite her reputation for restrained writing, she gathered considerable attention for her dissenting opinion in the case of Bush v. Gore, which effectively decided the 2000 presidential election between George W. Bush and Al Gore. Objecting to the court’s majority opinion favoring Bush, Ginsburg deliberately and subtly concluded her decision with the words, “I dissent”—a significant departure from the tradition of including the adverb “respectfully.”

On June 27, 2010, Ruth Bader Ginsburg’s husband, Martin, died of cancer. She described Martin as her biggest booster and “the only young man I dated who cared that I had a brain.” Married for 56 years, the relationship between Ruth and Martin was said to differ from the norm: Martin was gregarious, loved to entertain and tell jokes while Ginsburg was serious, soft-spoken and shy.

Martin provided a reason for their successful union: “My wife doesn’t give me any advice about cooking and I don’t give her any advice about the law.” A day after her husband’s death, she was at work on the Court for the last day of the 2010 term.

In 2015, Ginsburg sided with the majority in two landmark Supreme Court rulings. On June 25 she was one of the six justices to uphold a critical component of the 2010 Affordable Care Act—often referred to as Obamacare—in King v. Burwell. The decision allows the federal government to continue providing subsidies to Americans who purchase health care through “exchanges,” regardless of whether they are state or federally operated. The majority ruling, read by Chief Justice John Roberts, was a massive victory for President Barack Obama and makes the Affordable Care Act difficult to undo. Conservative justices Clarence Thomas, Samuel Alito and Antonin Scalia were in dissent, with Scalia presenting a scathing dissenting opinion to the Court.

On June 26, the Supreme Court handed down its second historic decision in as many days, with a 5–4 majority ruling in Obergefell v. Hodges that made same sex marriage legal in all 50 states. Ginsburg is considered to have been instrumental in the decision, having shown public support for the idea in past years by officiating same-sex marriages and by challenging arguments against it during the early proceedings of the case. She was joined in the majority by Justices Anthony Kennedy, Stephen Breyer, Sonia Sotomayor and Elena Kagan, with Roberts reading the dissenting opinion this time.